ORONO - Saturday night at Orono High School, Justice Picard scored five of her seven team high game points in the final period to lead the Winslow Black Raiders to a 29-27 victory over the Orono Red Riots in a junior varsity girls game. 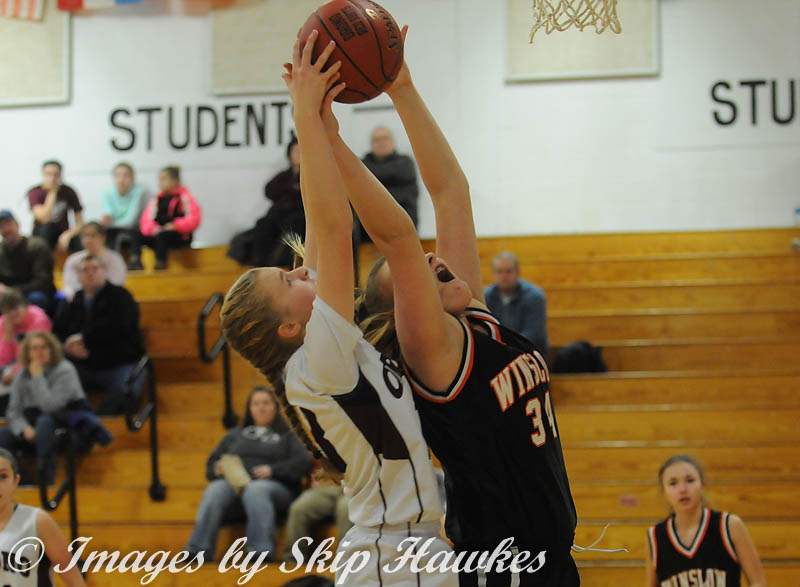 Orono's Ellie Pierce (left) battles with Winslow's Olivia McCaslin for possession of a rebound during the JV girls game at Orono on Saturday night. Winslow won the game 29-27. (Photo by Skip Hawkes)

Winslow led 9-6 after the first quarter, and took a 16-14 lead into half time. The Black Raiders took their biggest lead in the third quarter out scoring Orono 7-5 to take a 23-19 lead into the final period. 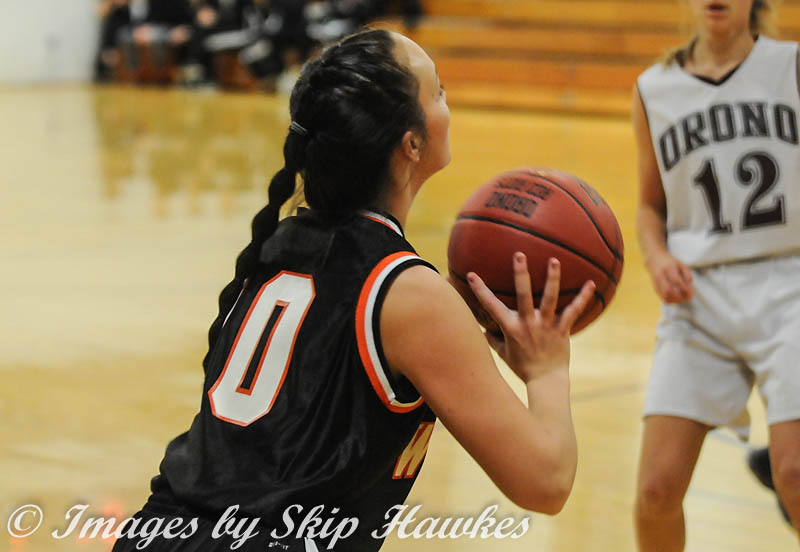 Winslow's Leah Pelotte sets up to take a shot.(Photo by Skip Hawkes)

In the fourth quarter, Picard scored five of Winslow's six points to keep the Black Raiders on top for the win despite being out scored by Orono 8-6. 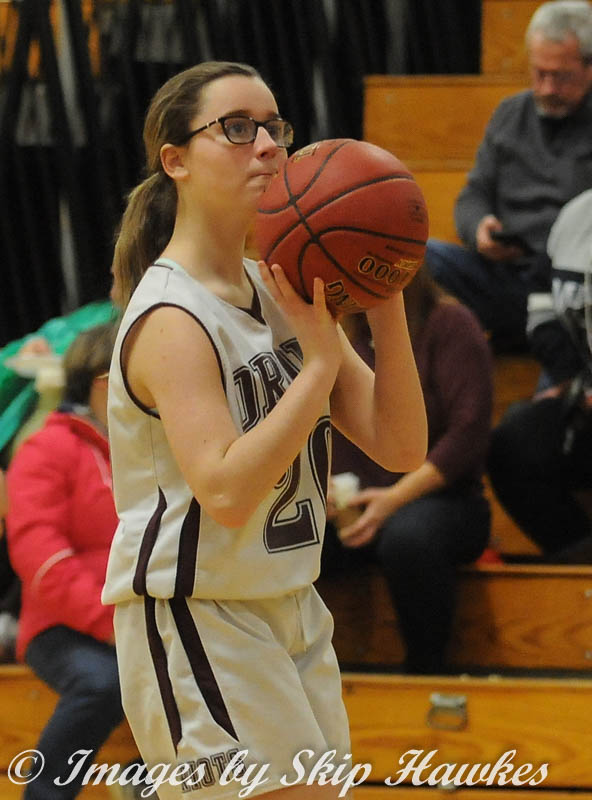 The Black Raiders had three 3-point baskets, two by Ferry and one by Roy, and they went 6-for-15 (40 per cent) from the charity stripe. 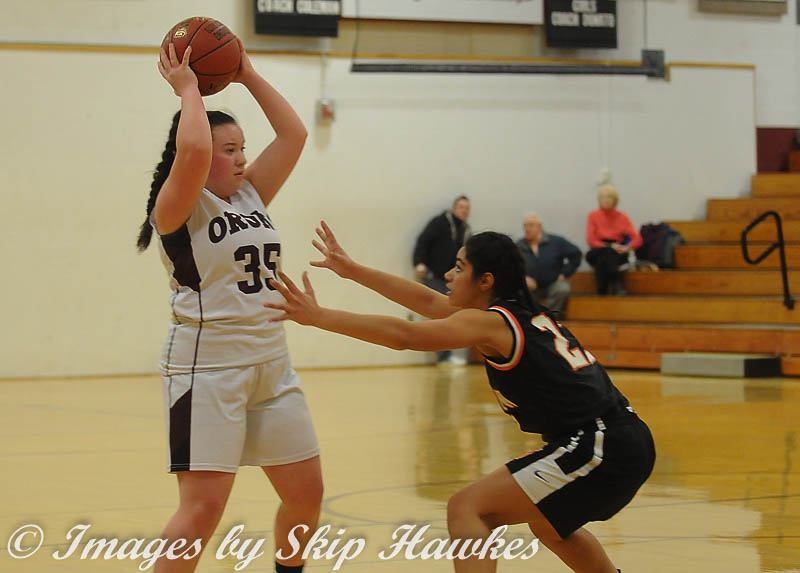 Orono's Maddy Leclair (35) looks to pass the ball while being defended by Winslow's Bodhi Littlefield. (Photo by Skip Hawkes) 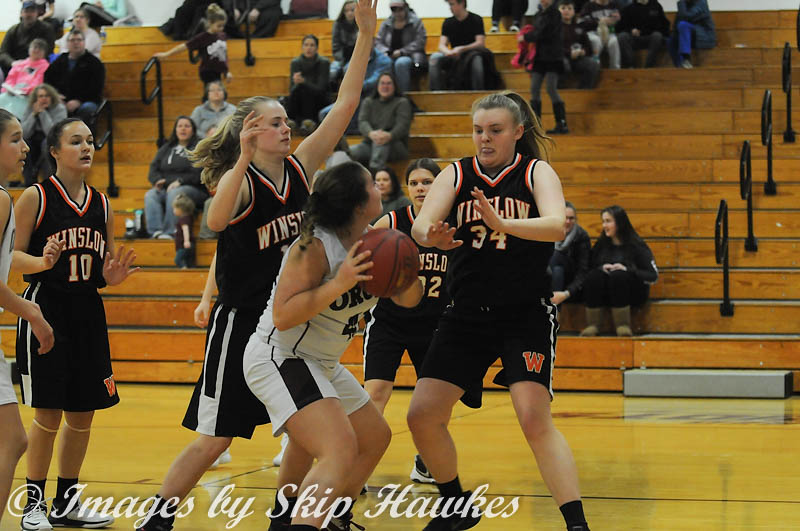 Orono's Camryn Brown (center) tries to get off a shot between Winslow defenders Olivia McCaslin (34) and Justice Picard. (Photo by Skip Hawkes)