HERMON - The John Bapst girls took advantage of some costly errors by Hermon to come away with a 53-41 win over the Hawks in a Class B North game at Hermon High School on Wednesday night. The Crusaders remain undefeated at 8-0, while Hermon falls to 8-1 with the loss. 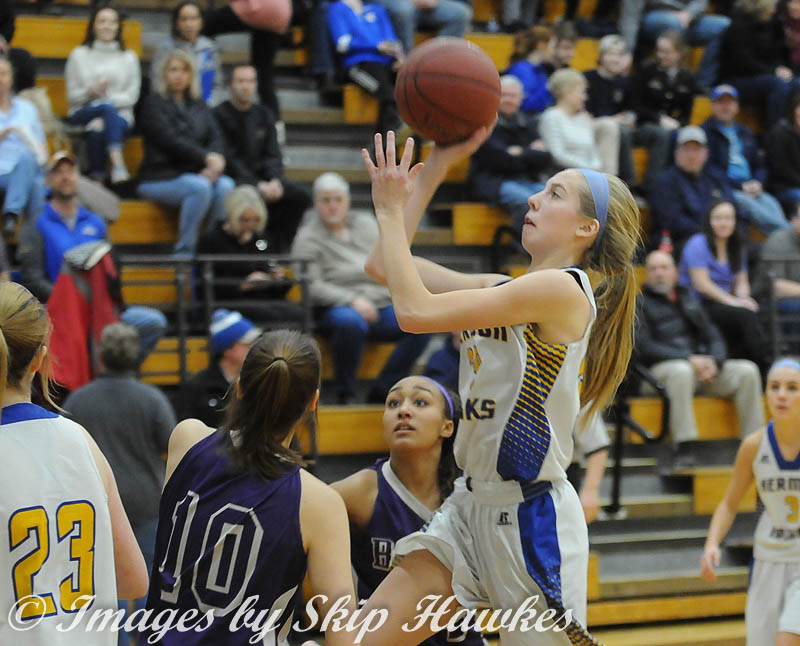 Hermon's Lauren Plissey goes up for a shot between Crusader defenders Gracie Philippon (10) and Tia Zephir during a game in Hermon on Wednesday night. John Bapst won the game 53-41. (Photo by Skip Hawkes)

The Crusaders doubled up Hermon 18-9 in the first quarter, and the Hawks could not get themselves out of the hole for the rest of the game. Bapst took a 10 point, 29-19 lead into half time. 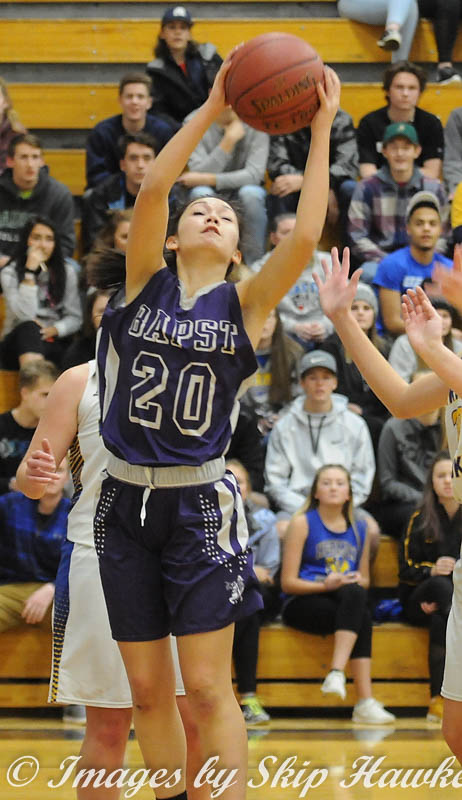 Hermon pulled to within six points in the thrid period with a 4-0 run to start, but with 2:38 remaining in the period Bapst held a 34-25 lead. They would finish the quarter with a 5-2 run to take a 39-27 lead into the final eight minutes. Both teams scored 14 points in the final stanza.
(9). 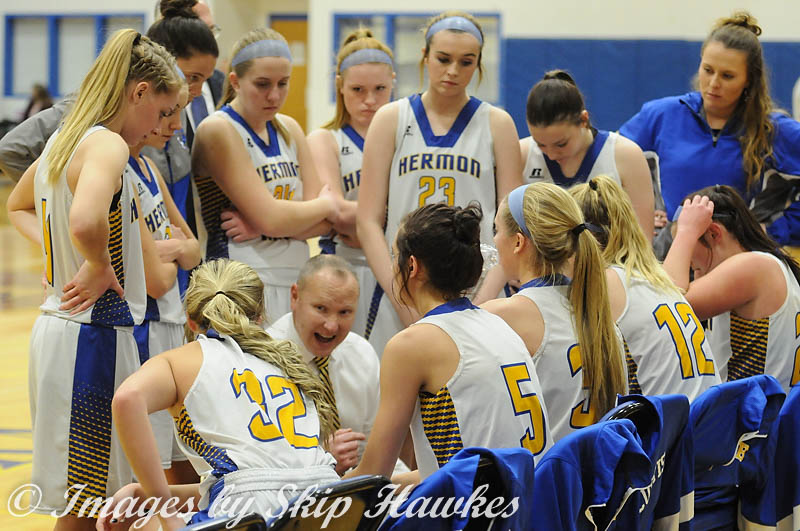 Hermon coach Chris Cameron (center) talks to his team during a time out. (Photo by Skip Hawkes)

The Crusaders had four 3-point baskets, two by Bell and one each from Legasse and Lebel, and they went 14-for-22 (64 percent) from the free throw line. 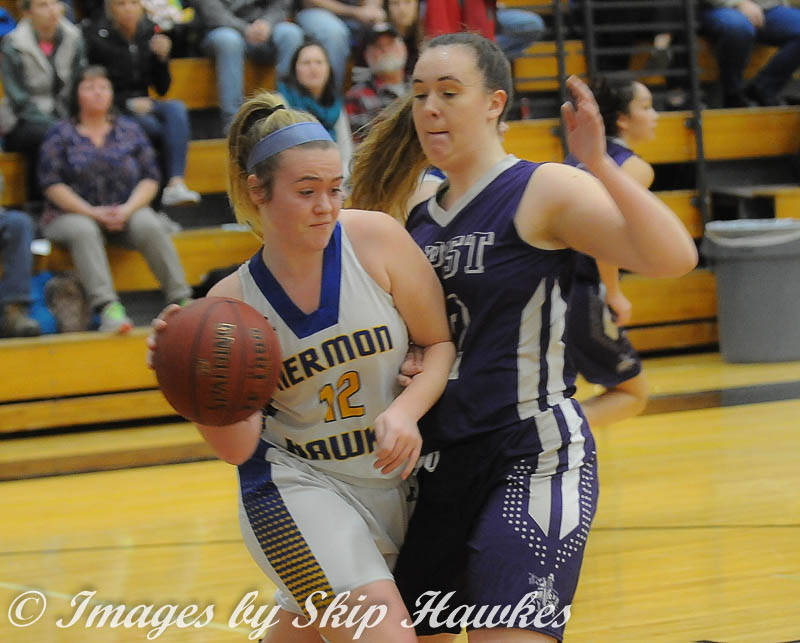 Hermon had no baskets beyond the arc, and they went 12-for-23 (52 percent) from the charity stripe. 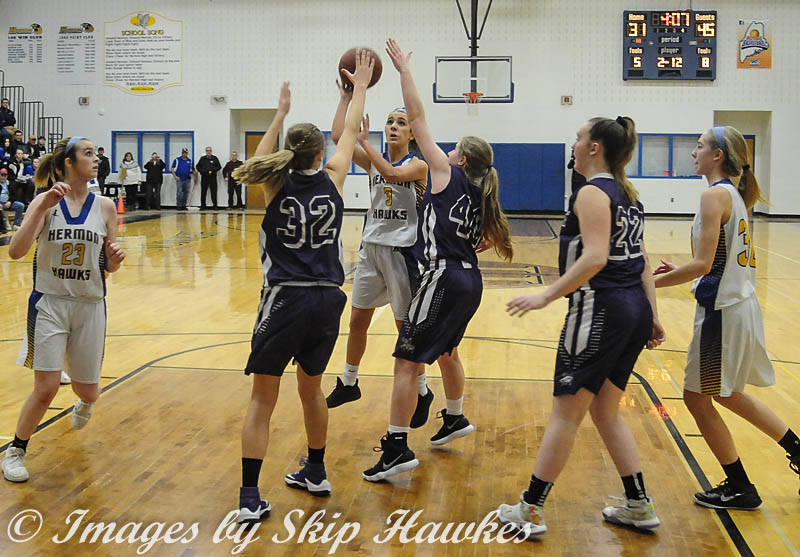 Hermon's Alex Allain (3) gets up for a shot between John Bapst defenders Caleigh Lebel (32) and Crystal Bell (40). (Photo by Skip Hawkes)