Glenburn - The Lady Chargers shot just 11 percent  (1-for-9) from the foul line on Tuesday night, which led directly to a 31-30 win for the Samuel L. Wagner of Winterport middle school girls at the Glenburn School. 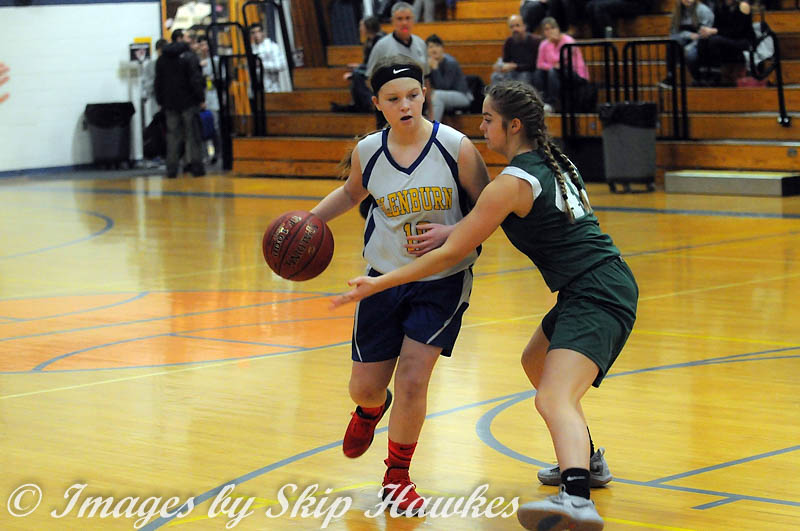 Wagner out scored Glenburn in each of the forst three quarters, and took a 21-18 lead into the final period. Wagner opened the fourth quarter on a 6-0 run to extend their lead to 27-18 with 5:53 to play, but Glenburn battled back on a 9-2 run to close the score to 29-27 Wagner with 2:32 remaining. Glenburn would out score Wagner 12-10 in the final period, but shot just 1-for-7 from the foul line to fall to Wagner with the one point loss. 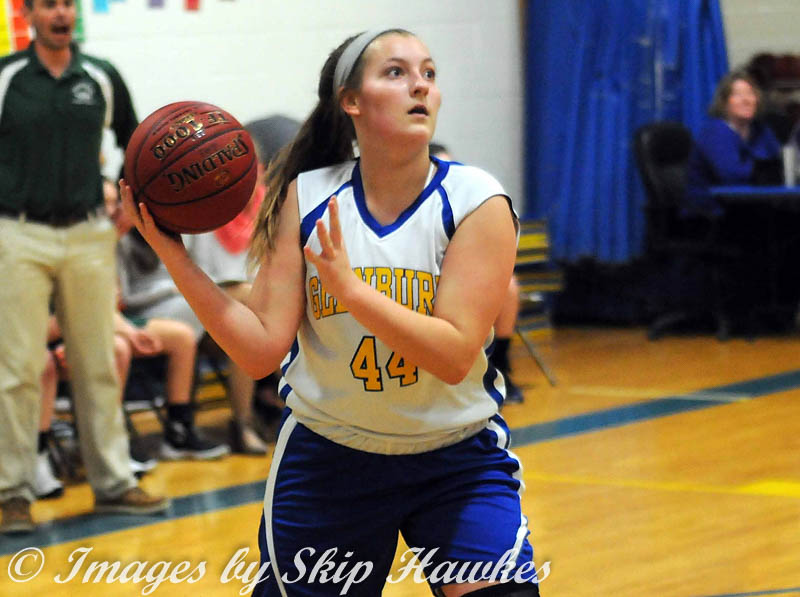 Glenburn's Christa Rogers looks to the basket as she gets ready to take a shot. (Photo by Skip Hawkes) Wagner's Maya Brown (12) drives past Glenburn's Kacey Gardner during the second half. (Photo by Skip Hawkes)

Sadie Campbell scored a game high 11 points and Chloe LaBree added 10 points to lead Glenburn in scoring. Also scoring for the Chargers was Abby Hogan with three points, and Kacey Gardner, Christa Rogers, and Kendra Fournier with two points each.

Glenburn had three 3-point baskets, two by Campbell and one by Hogan, and they went 1-for-9 from the charity stripe. 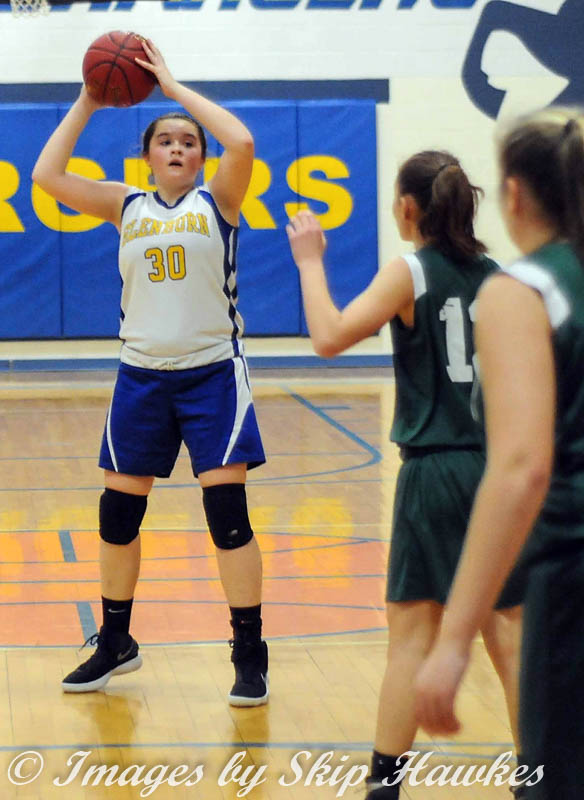 Glenburn's Chloe LaBree (30) looks to pass the ball inside during the second half. (Photo by Skip Hawkes) 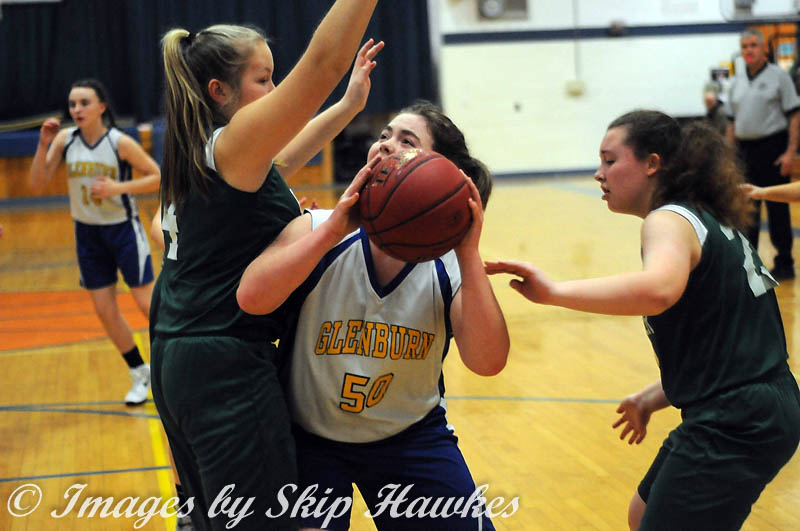 Glenburn's Kendra Fournier (50) tries to get off a shot between two Wagner defenders. (Photo by Skip Hawkes)