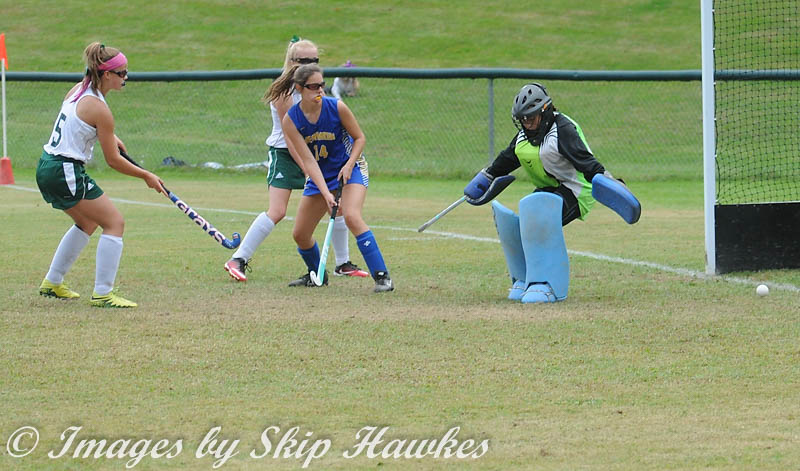 Old Town's Teagan Blackie (5) sends the ball past Hermon Goalie Brooke Dempsey to score one of her three goals in the game. Old Town defeated Hermon 3-2 in overtime. (Photo by Skip Hawkes)

Hermon scored the first goal of the game when Brooklyn Brown found the back of the box with 21:58 remaining in the first half. The Hawks held that 1-0 lead for the next 16 minutes before Blackie tied the game at 1-1 with 5:41 to play in the half. Just over three minutes later, Blackie handed the Coyotes the 2-1 lead  they would take into half time with her second score of the game. 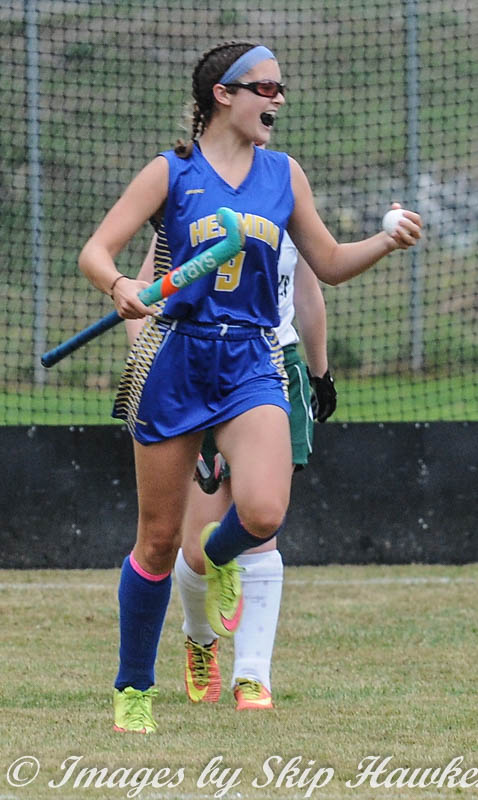 Hermon's Brooklyn Brown heads up to midfield after scoring a goal. (Photo by Skip Hawkes) 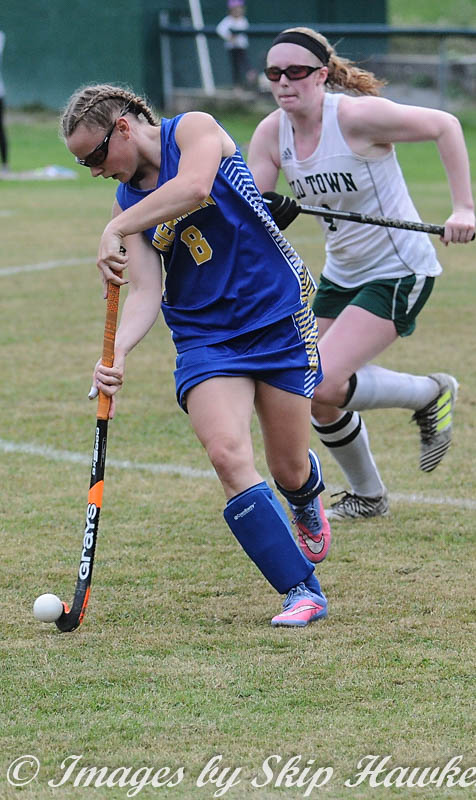 Hermon's Elise McKay (8) carries the ball up field while Old Town's McKenna Smith chases after her. (Photo by Skip Hawkes)

The game remained tied the final 22 plus minutes as both teams played outstanding defense to keep the ball out of the cage. 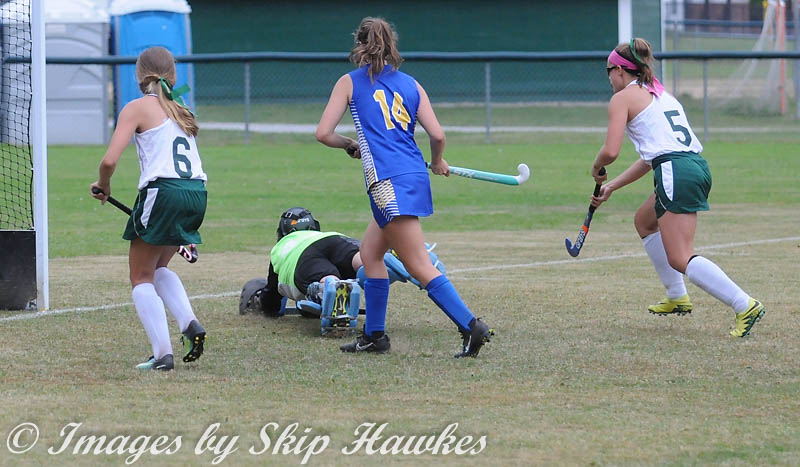 Hermon goalie Brook Dempsey (on ground) smothers the ball to prevent an Old Town score in the second half. (Photo by Skip Hawkes)

Blackie picked up her third goal of the game for the Old Town win just 1:18 into the overtime period to make it a 3-2 game for the Coyotes. 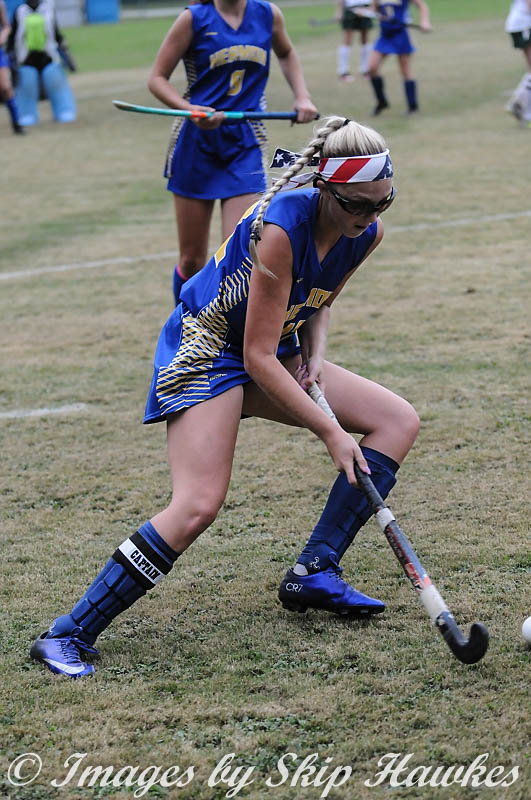 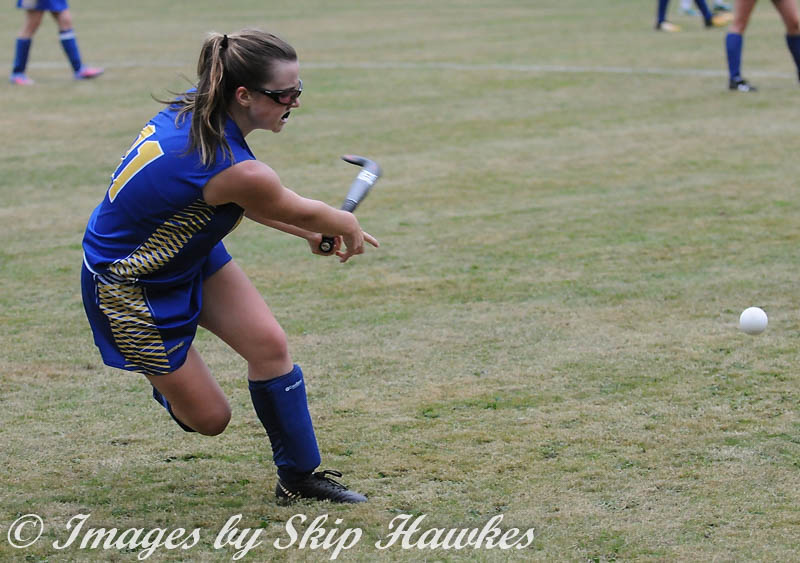 Hermon's Maddie Willis sends the ball up field on a free hit. (Photo by Skip Hawkes)