GLENBURN - Sunday evening at the Glenburn School, Brandon Butterfield and Reese Kenney scored in double digits and Andrew Day pulled down near double digits in rebounds to help the host Glenburn Chargers pick up a hard fought 39-33 win to claim the Glenburn Rec 5th/6th grade boys tournament championship over Foxcroft. The Glenburn 5/6 boys won the Glenburn Rec tournament with a 39-33 victory over Foxcroft on Sunday night. (Photo by Skip Hawkes)

Click Here to view and purchase photos from the Championship Game


The Chargers fell behind Foxcroft 14-12 in the first quarter, out scored them 11-6 in the second quarter to take a 23-20 half time lead, and allowed Foxcroft to tie the game with a 6-3 third period as the two teams entered the final period tied at 26-26. 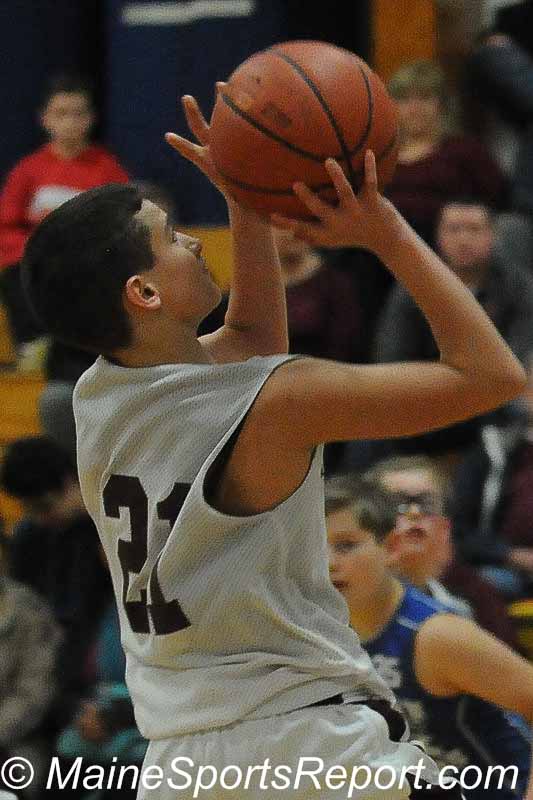 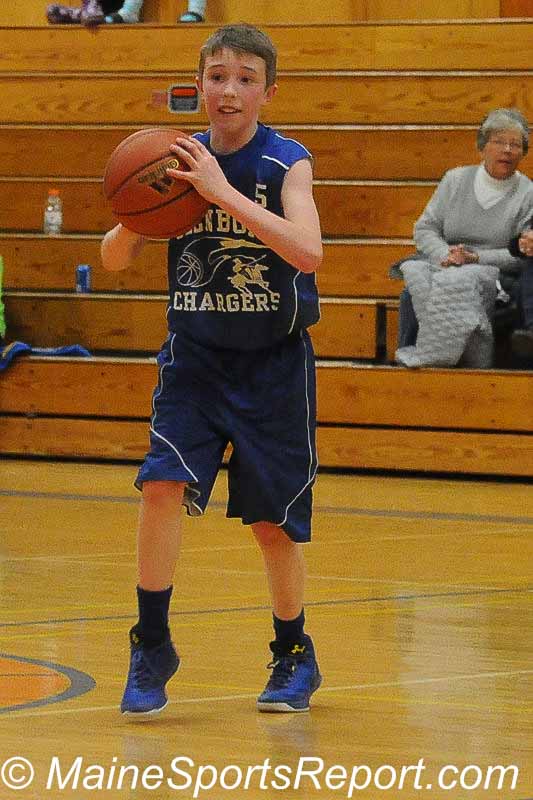 Glenburn, over the next 65 seconds, scored five unanswered points to push their lead to 39-30 with 23 seconds left in the game. Foxcroft added a 3-point basket in the closing seconds but could not overcome the deficit built up by the Chargers. 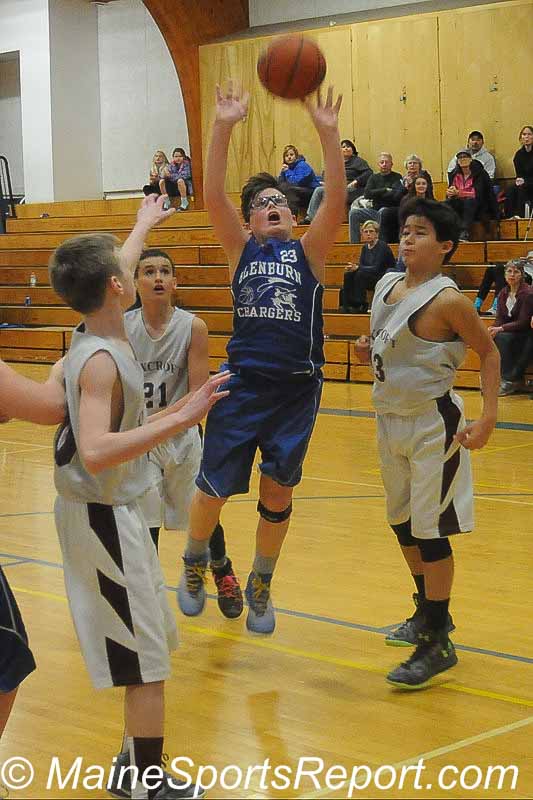 Butterfield scored six of his game high 18 points in the fourth quarter to spark the Chargers. Kenney also scored in double digits with 15 points, and Day scored four of his six game points in the final period. 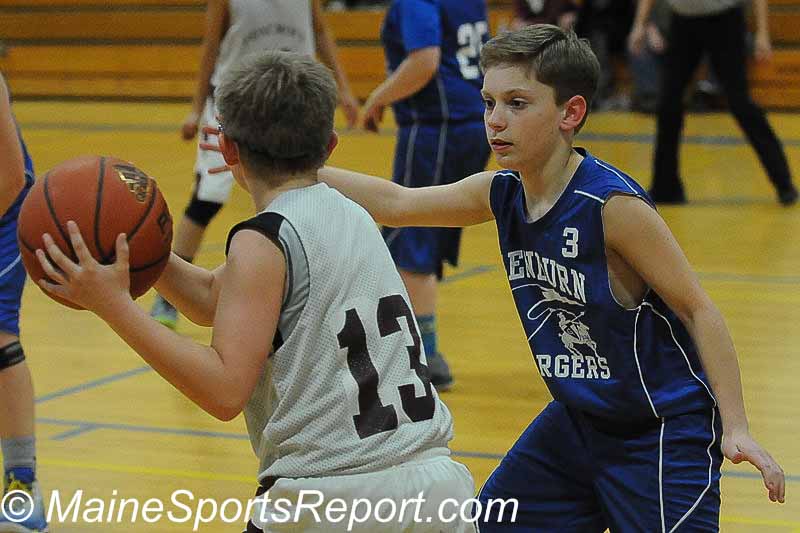 Glenburn had two 3-point baskets, both by Kenney, and they went 5-for-10 (50 percent) from the free throw line.

Foxcroft had one 3-point basket by Crocker, and they went just 0-for-2 from the charity stripe. 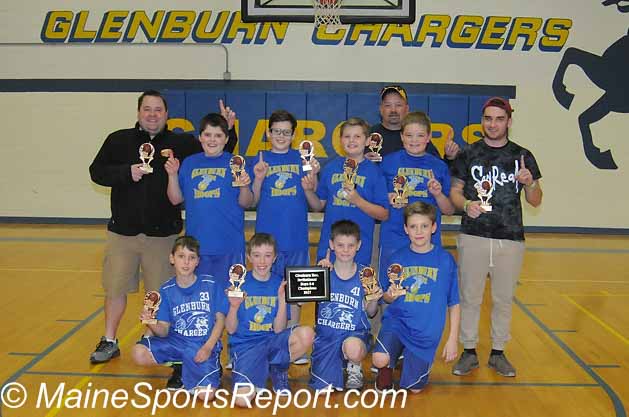 The Glenburn Rec 2017 Champions of the 5/6 Boys tournament.  (Photo by Skip Hawkes)