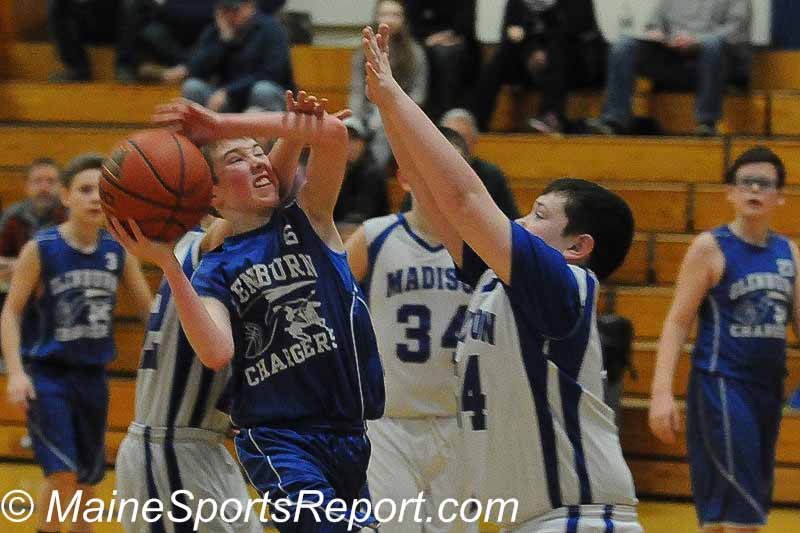 The Glenburn and Madison teams kicked off the Glenburn Rec 5/6 boys tournament on Saturday morning at the Glenburn School. (Photo by Skip Hawkes)

The host team Glenburn led at the conclusion of each quarter, but heading into the final period their lead over Madison was just three points (27-24). In the fourth quarter, the Chargers opened up there lead to 36-26 with 3:12 left in the game off a 9-2 run and went on to out score Madison 15-6 in the period. 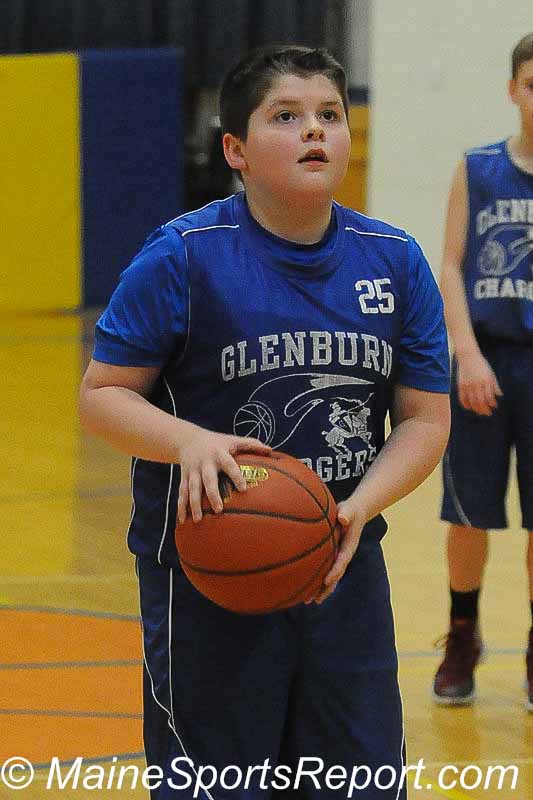 Brandon Butterfield topped all scorers with 19 points, including 9-for-11 from the foul line, for Glenburn. Andrew Day and Ryan Guy each scored seven points for the Chargers.

In the second game of the morning, Isaiah Meklin scored 15 points to lead Cushing to a 29-19 victory over MDI-Green. Landyn Benner added eight points for Cushing. 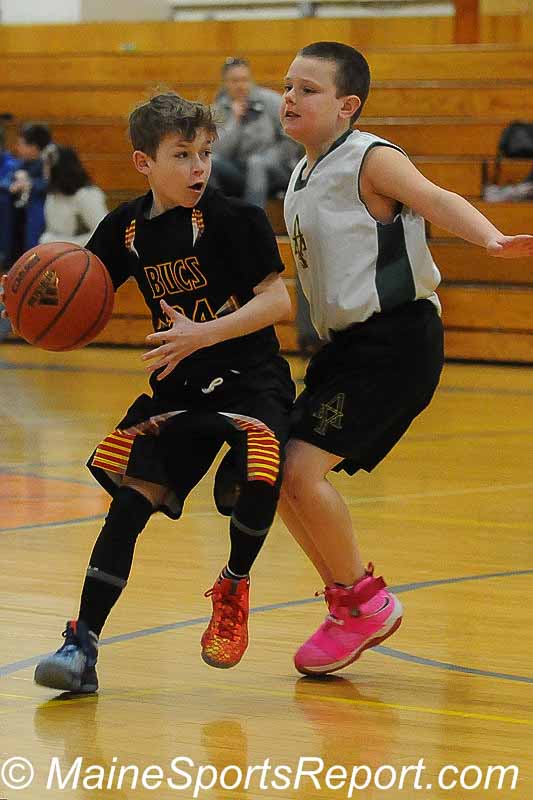 In game three, after Medomak scored on a 3-point play to tie the game at 31-31, Aiden Grant went to the foul line with six seconds left in the game and knocked down two free throws to give MDI-White a 33-31 win. 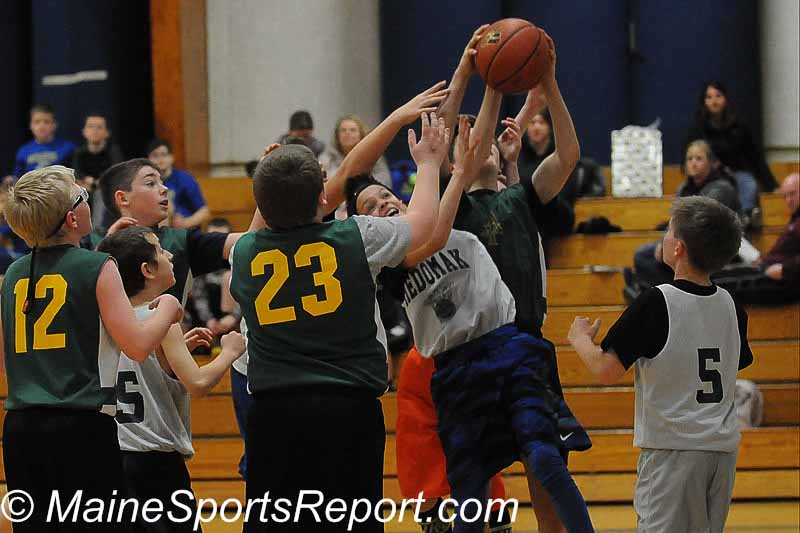 After a 5-2 first quarter, Foxcroft out scored Hermon 28+9 over he second and third quarters on their way to a 36-17 win. 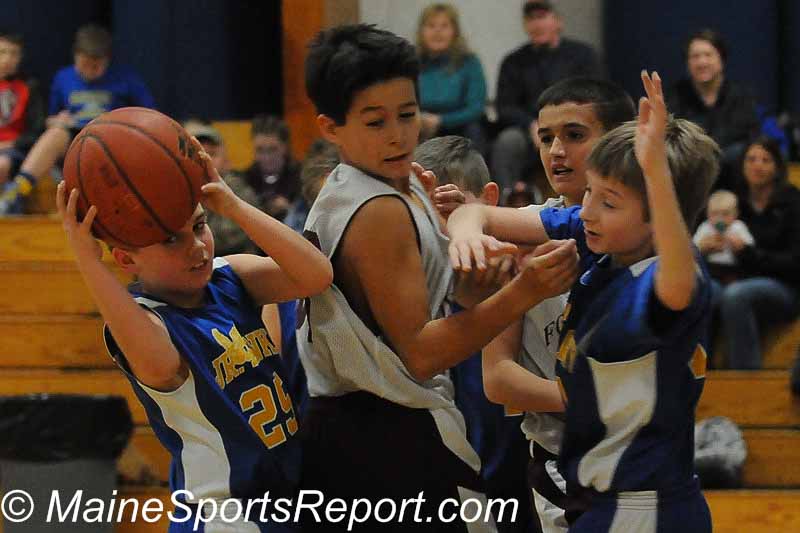