BANGOR - MDI got a big first quarter from Andrew Phelps to build a lead, and then a big third quarter from Riley Swanson to help extend a lead, helping the Trojans get past the Central Red Devils 48-38 Wednesday afternoon in a Class C schoolboy semifinal basketball game at the Cross Insurance Center. 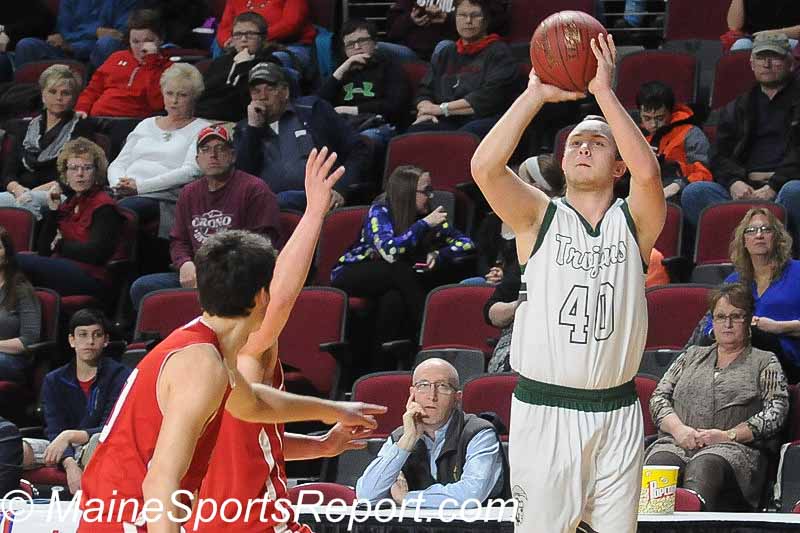 MDI's Riley Swanson (40) puts up a 3-point shot as two Central defenders close in during the first quarter of a Class B North semifinal game at the Cross Insurance Center on Wednesday. MDI won the game 48-38. (Photo by Skip Hawkes)


Phelps nailed a pair of three pointers in the first quarter, part of his seven points in the opening eight minutes, to help the Trojans build a 17-7 lead. Central though would tighten the defense in the second quarter, holding MDI to just two points, and cutting the halftime lead to 19-15. 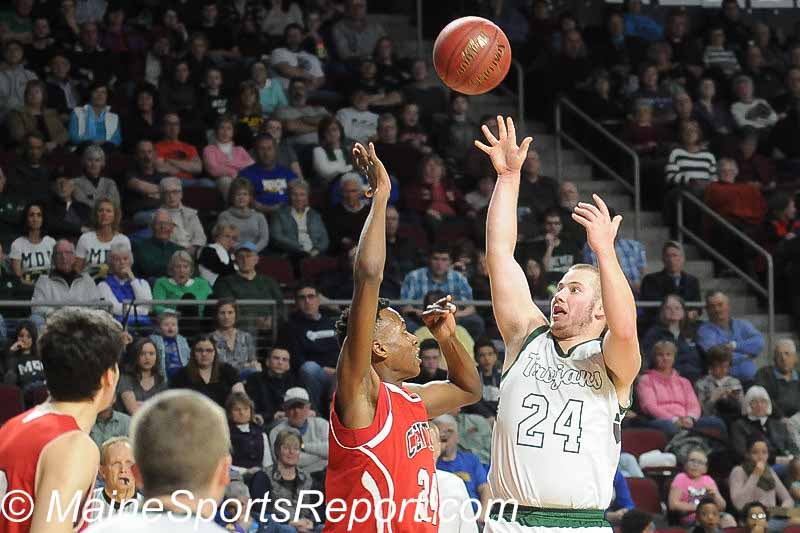 Swanson would catch fire in the third quarter, scoring eight of his game high 17 points, including a four point play igniting a 12-3 Trojan run to give MDI a comfortable 31-18 lead.

Central would get within eight points late in the final quarter, but would trail by as many as 16, as their season came to an end with a record of 16-4. Central was led by Ethan Mailman who finished with 13 points. Dylan Gray and Caleb Shaw both finished with eight points. Gray also added nine rebounds in the loss. 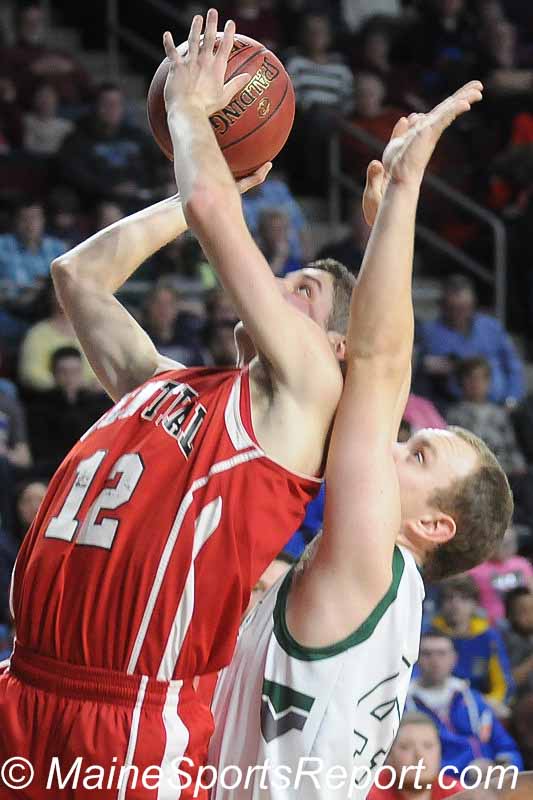 Central's Caleb Shaw (12) goes up for a shot in front of MDI's Riley Swanson. (Photo by Skip Hawkes)

Swanson had six rebounds to go along with his point total. Phelps finished with 10 points. Graham Good also chipped in 10 points, with three rebounds, and two steals.

MDI (17-3) will now face Orono on Saturday afternoon for the Class B Northern Maine championship at 3:35 p.m. Orono knocked off top seeded Hermon in the other semifinal Wednesday afternoon.