BANGOR - Crystal Bell and Gracie Philippon each recorded double digit points to lead the John Bapst Crusaders to a 46-31 victory over the Washington Academy Raiders on Tuesday night at the Cross Insurance Center. 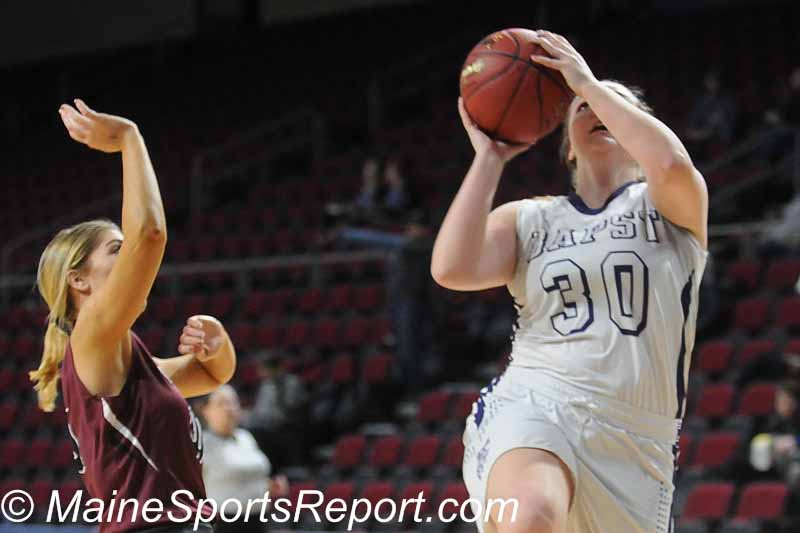 John Bapst's Madi Higgins (30) goes up for a shot as Washington Academy's Rylea Steeves moves in to defend. (Photo by Skip Hawkes)


The Crusaders jumped out to a 7-2 first quarter lead three minutes into the game, and never looked back as those John Bapst fans in attendance enjoyed Senior Night or as some called it "Madi Night" as Madi Higgins was the lone Senior on the squad. 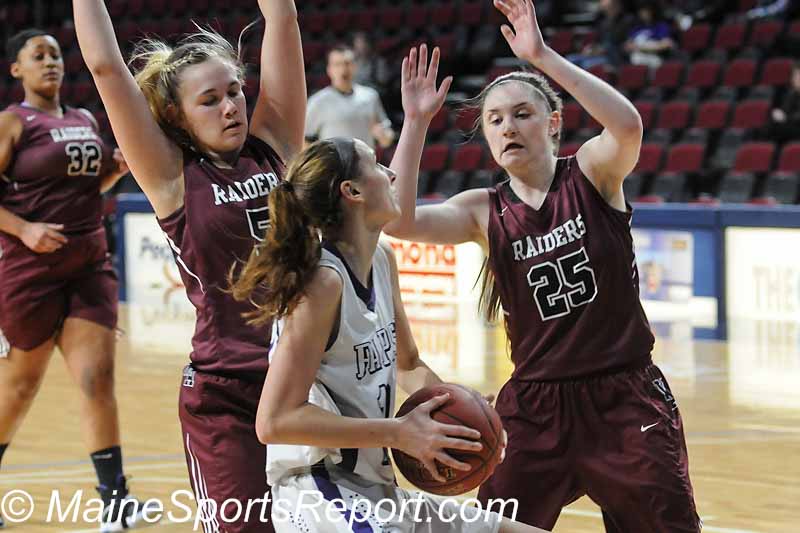 John Bapst's Gracie Philippon (center) gets double teamed by WA's Rylea Steeves and Cailyn Lyons (25) on her way to the basket. (Photo by Skip Hawkes)

Bapst led 24-15 at the half time break, but their lead was cut to five points as the Raiders closed the score to 31-26 after the third quarter. An 8-2 run for the Crusaders with just 2:50 left in the game stretch their lead to 11 points at 39-28 on their way to their 11th win of the season. 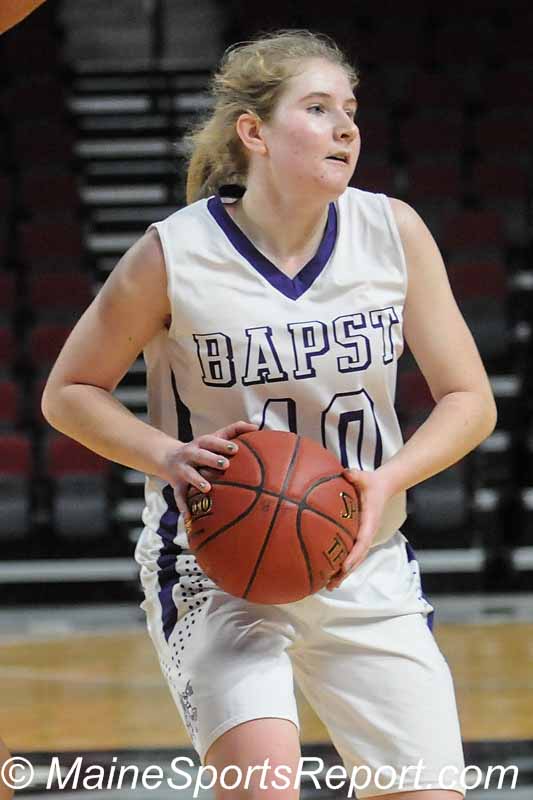 Bell had a game high 17 points and Philippon added 16 points for the 11-6 Crusaders. Also scoring was Tia Zephir with five points, Higgins with three points, Brooke Springer and Tianna Cyr with two points each, and Sydney Ellis with one point. 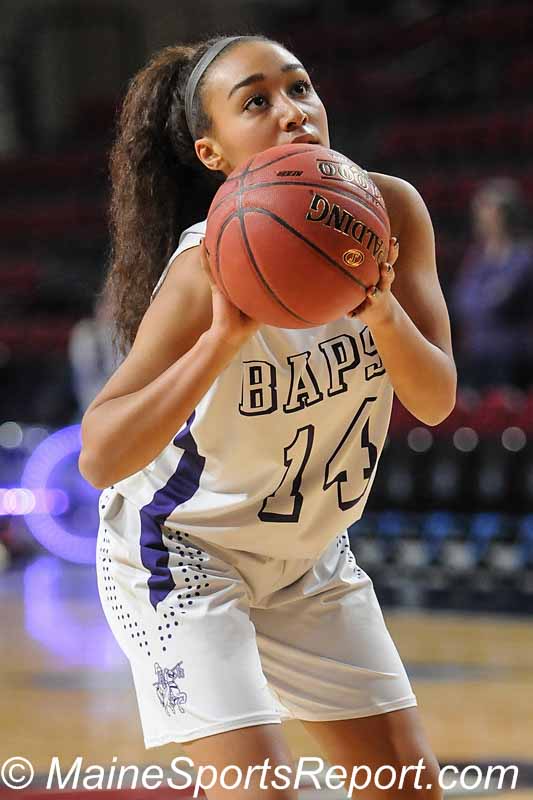 The Raiders had two 3-point baskets, one each by Lyons and Hodgdon, and they went 3-for-4 (75%) from the charity stripe. 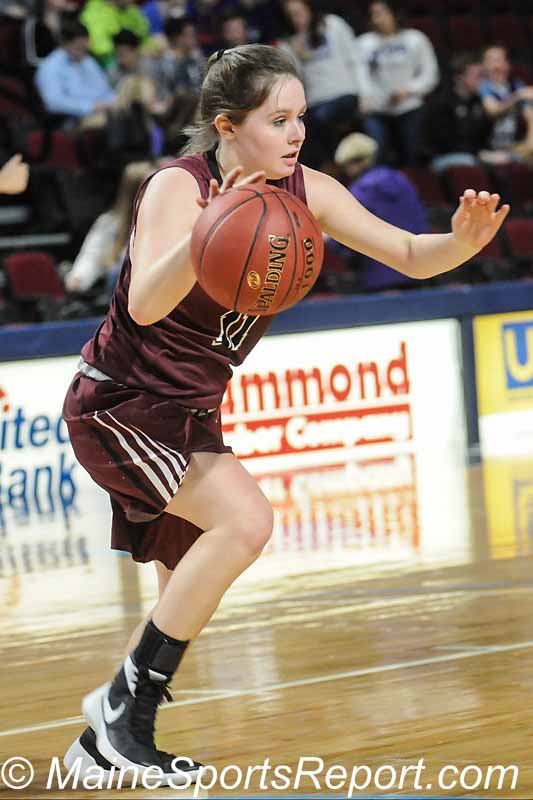