Thursday evening at the Glenburn School, Bangor Christian boys had four players score in double digits in a Patriots 53-40 win over the Glenburn Chargers. 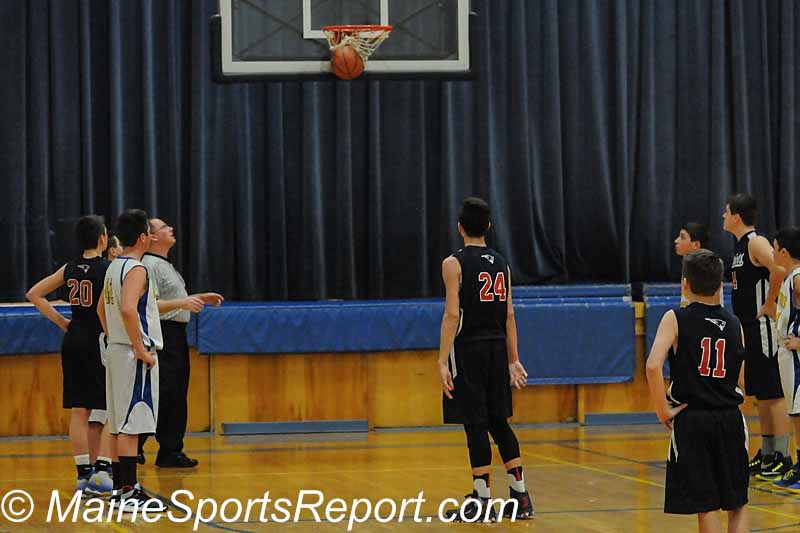 The Patriots opened with a 9-2 run in the first quarter with 4:24 still remaining, and held a 15-8 lead at the buzzer. Another 9-2 run by Bangor Christian mid way through the second quarter gave the Patriots a 24-10 lead, which improved to 33-15 by half time. The Chargers out scored the Patriots 25-20 over the second half, but the first half deficit was to much to overcome. 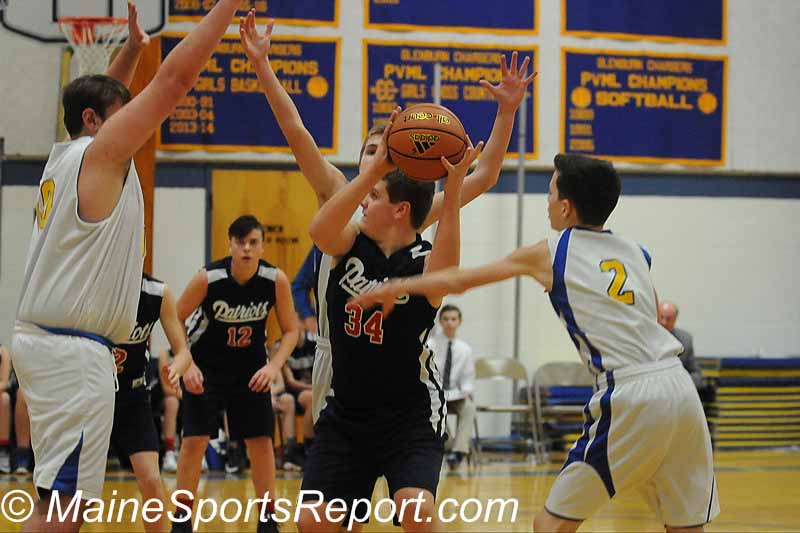 Glenburn was led in scoring by Luke Varney with 11 points, and both Hunter Hews and Cayman Zephir with nine points each. Jackson Kenney added six points, Thomas Watson scored three points, and Connor Glowa chipped in with two points. 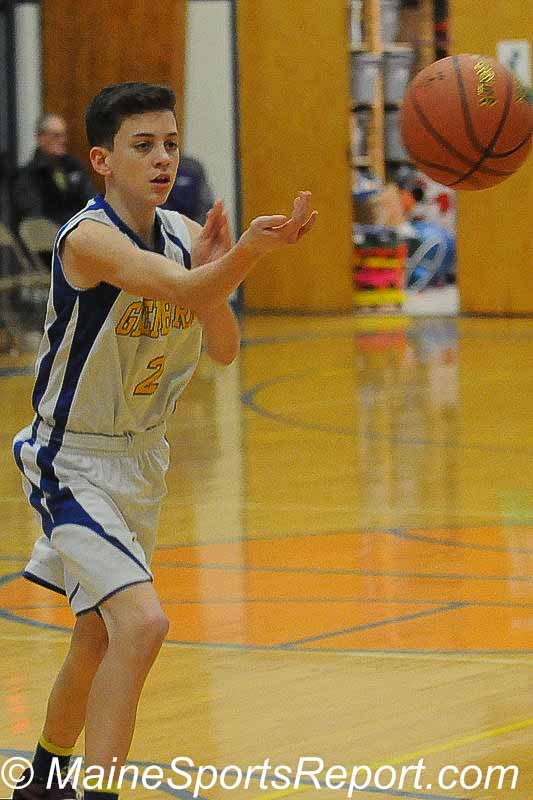 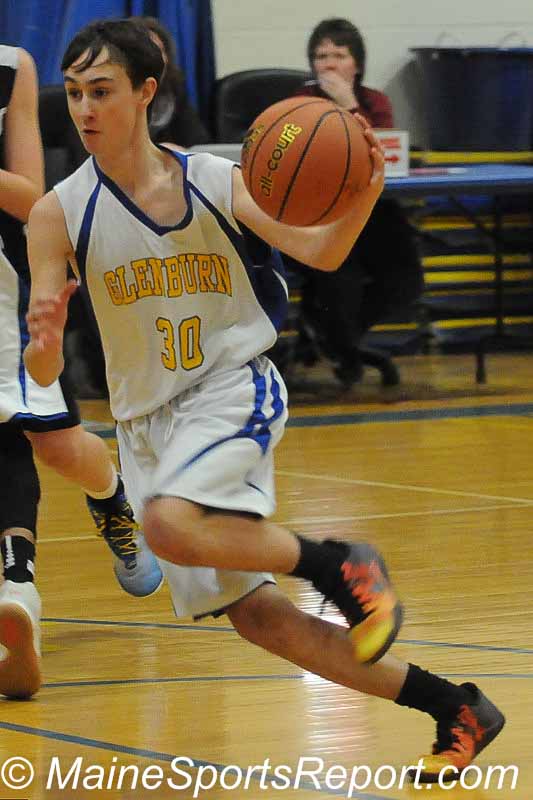 Glenburn's Hunter Hews looks to drive to the basket. (Photo by Skip Hawkes) 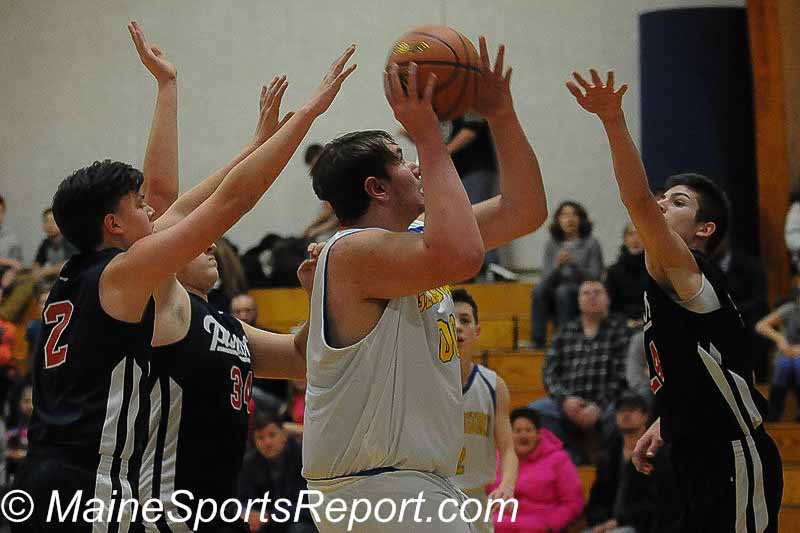 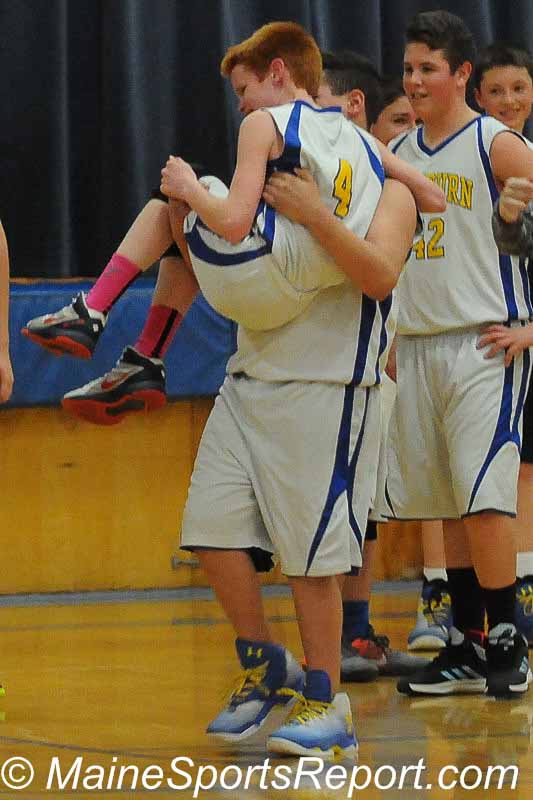 Glenburn's Evan Pete carries injured teammate Andrew Baker off the court during the second half. (Photo by Skip Hawkes)