The Central Red Devils took a 14 point lead into the fourth quarter, but had to fend off a John Bapst rally and pull out a 45-42 win in the closing seconds of a Class B North match up at the Cross Insurance Center in Bangor on Friday night. 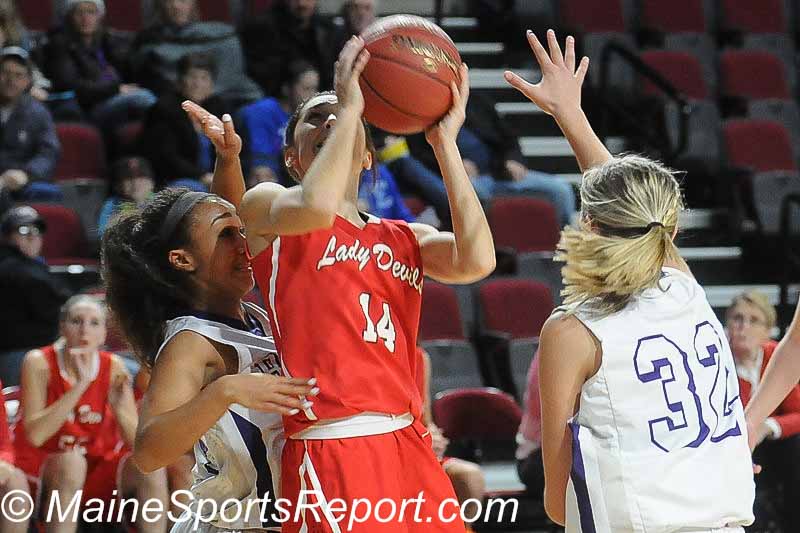 Central's Sydney Allen (14) goes up for a shot between John Bapst defenders Caleigh Lebel (32) and Tia Zephir during a game at the Cross Center on Friday night. Central won the game 45-42. (Photo by Skip Hawkes)

Central had control of the game, and held a 21-14 lead at half time. In the third quarter, the Red Devils stretched their lead to 14 points off a 14-7 period heading to the final stanza. 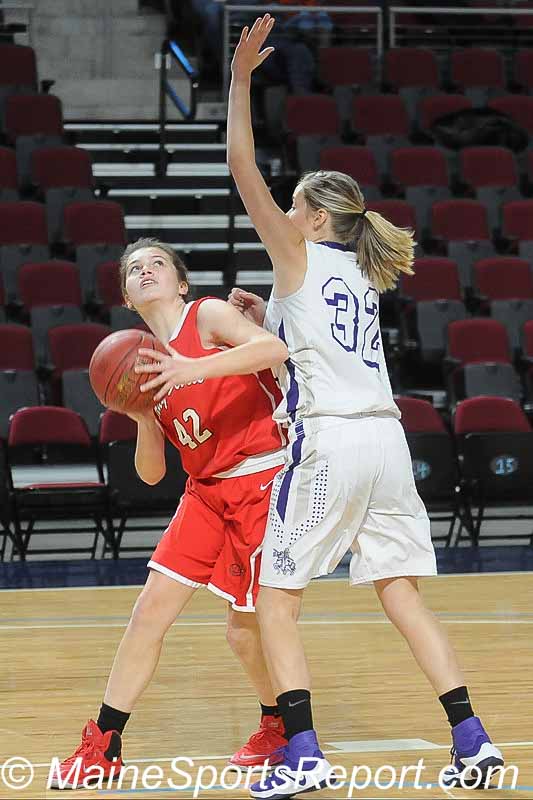 Central's Emilee Cohen (42) looks to get off a shot while being defended by John Bapst's Caleigh Lebel. (Photo by Skip Hawkes)

John Bapst opened the fourth quarter with a 9-1 run to cut the Central lead to 36-30 with 6:09 left in the game. By the mid point of the final period, Central was still hanging on to their six point lead at 41-35. Crystal Bell converted two free throws for the Crusaders to make it a three point game at 41-38 with 2:23 to play, and just over a minute later (1:16) Central was clinging to a 41-40 lead. 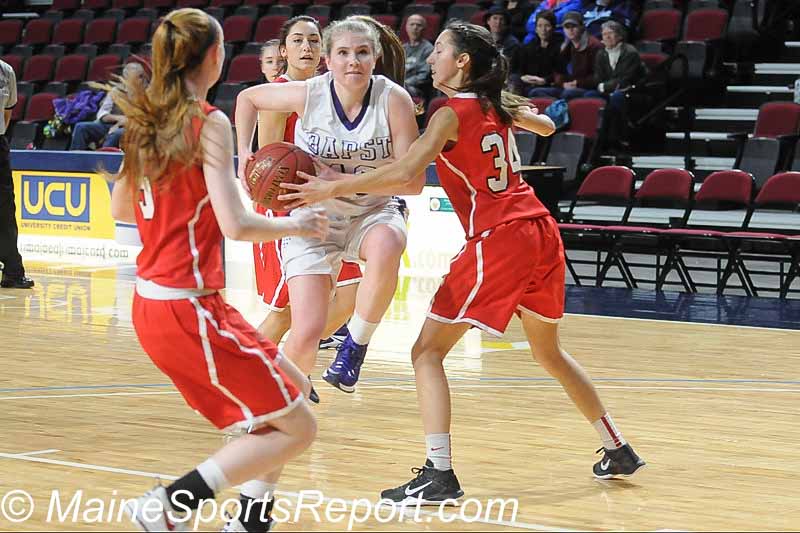 John Bapst's Crystal Bell (center) tries to get off a shot while Central's Abi Allen (34) gets a hand on the ball. (Photo by Skip Hawkes)

After a Central free throw made it 42-40, Bell knocked down two more foul shots for Bapst to tie the score at 42-42 with 42 seconds to play in the game. With just 14 seconds remaining, a John Bapst foul sent the Red Devils Sydney Allen to the foul line. Allen converted both free throws putting Central on top 44-42, and Libby Cook added a free throw with 2.1 seconds on the clock for the final score of 45-42. John Bapst out scored Central 21-10 in the quarter, but fell just a little short. 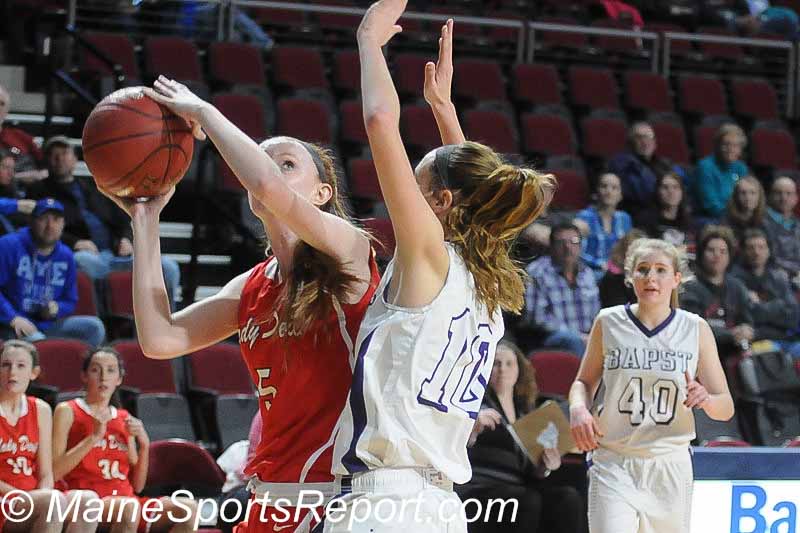 Bell scored a game high 13 points and Gracie Philippon had 11 points to pace the Crusaders in scoring. Abbey Legasse had six points, Tia Zephir and Caleigh Lebel each scored four points, Madi Higgins had three points and Sydney Ellis chipped in with one point. 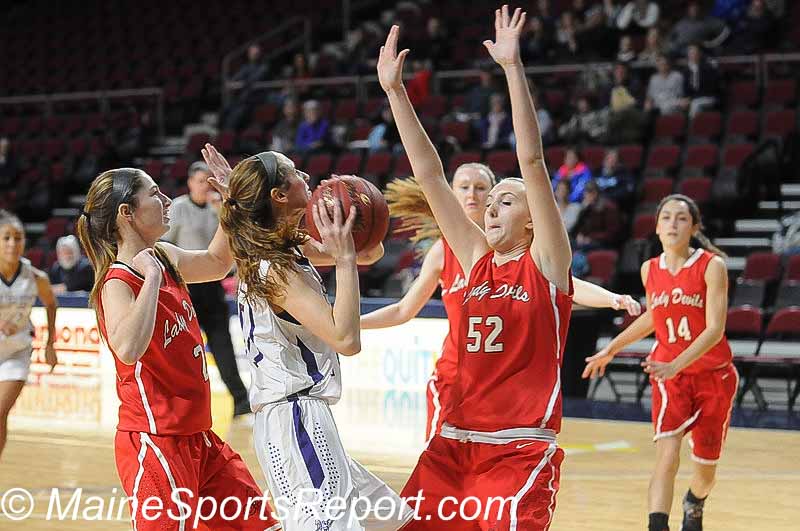 John Bapst had one 3-point basket by Philippon, and they went just 13-for-32 (41%) from the charity stripe. 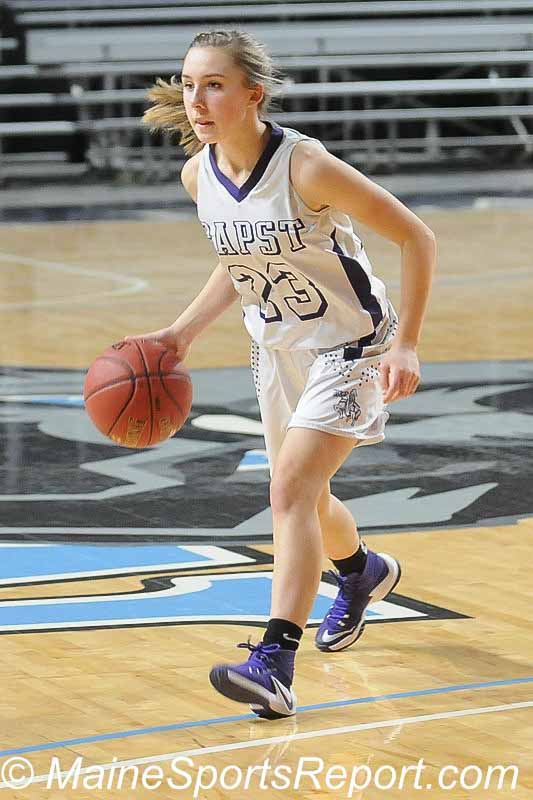