Wednesday night at the Cross Insurance Center, the John Bapst boys basketball team took an early 4-0 lead until the Trojans of Mount Desert Island went on a 13-2 run to take a 13-6 lead with 3.27 remaining in the first quarter. MDI finished the quarter with a 22-10 lead, and went on to a 74-32 victory over the Crusaders. 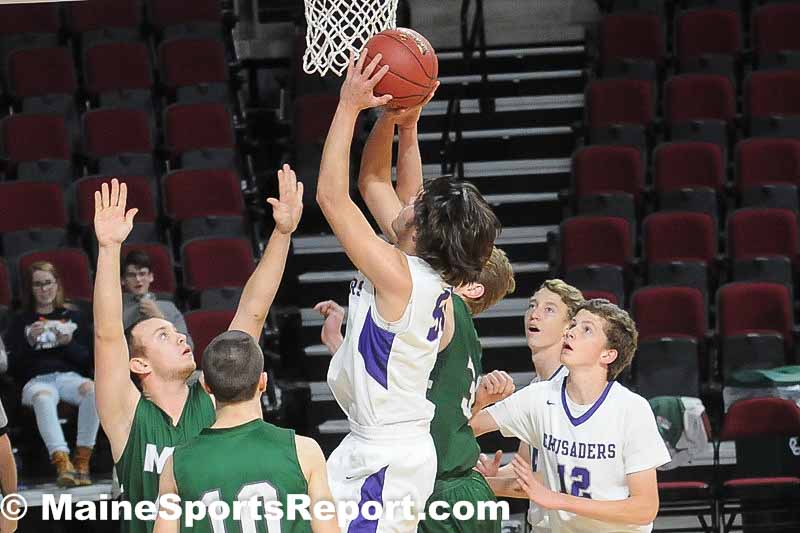 John Bapst's Noah Tomah (center) goes up for a shot during the first half. (Photo by Skip Hawkes) 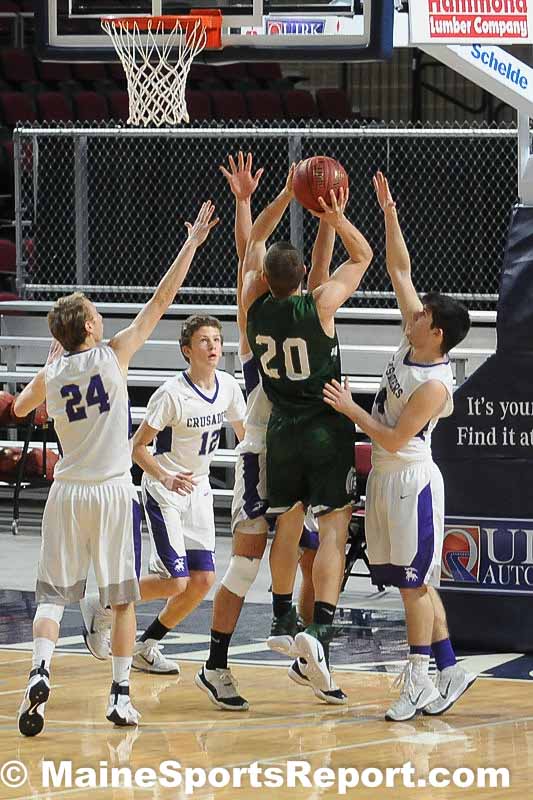 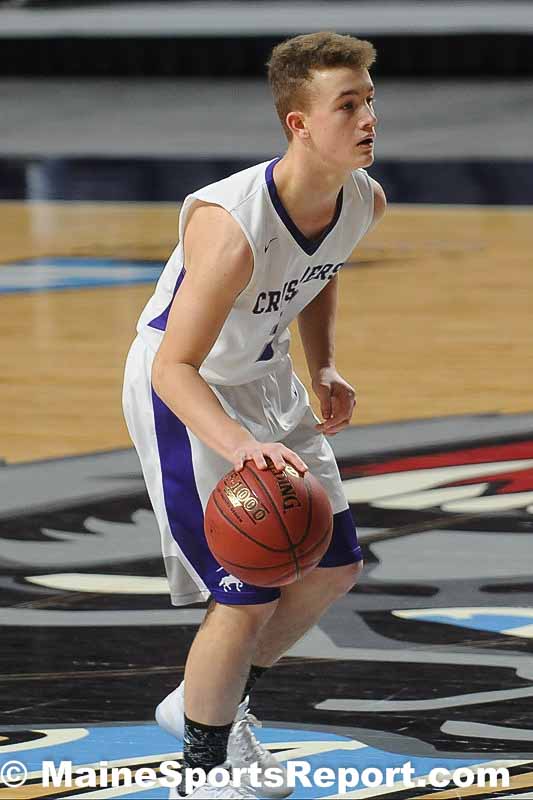 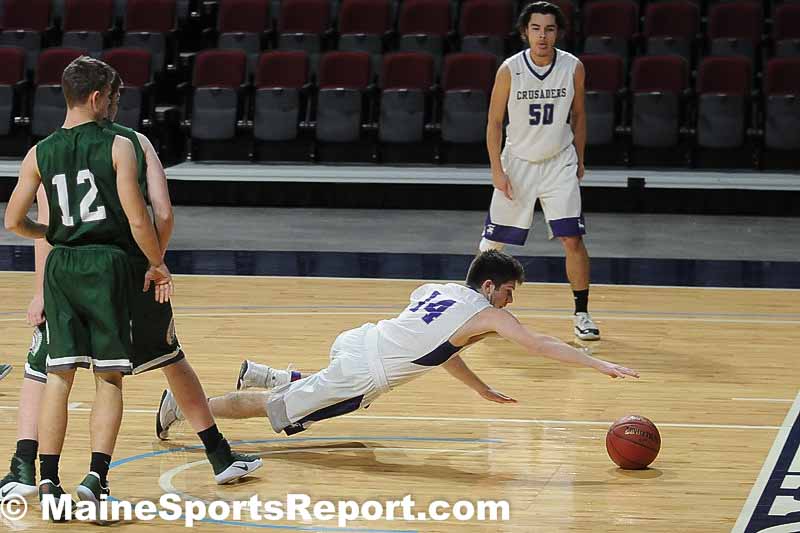 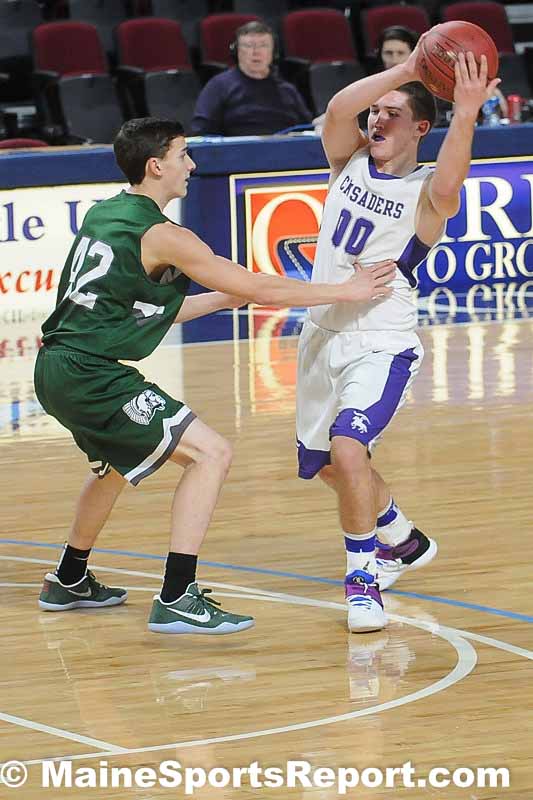 John Bapst's Nate Galinski (00) looks to pass the ball while being guarded by MDI's Devin Parlatore. (Photo by Skip Hawkes) 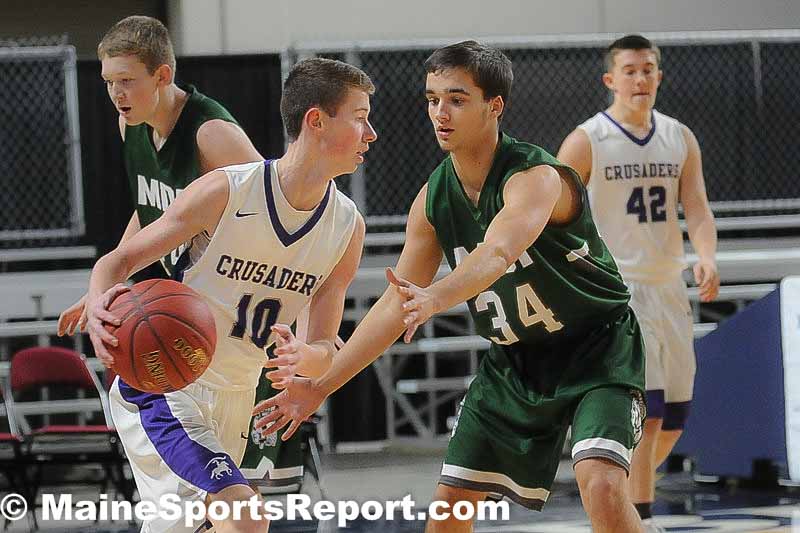