GLENBURN - Over the course of the past weekend, the Gardiner Tigers seemed to breeze through their pool play games and dominated in their semifinal game with a 52-21 victory over Lawrence. Not much changed as the Tigers took on Hampden, who dominated Glenburn in the semifinal game with a 43-25 victory, in the Championship game as they rode a big third quarter to a 35-19 win to claim the 2020 Glenburn Rec 5th-6th grade boys basketball tournament on Sunday. 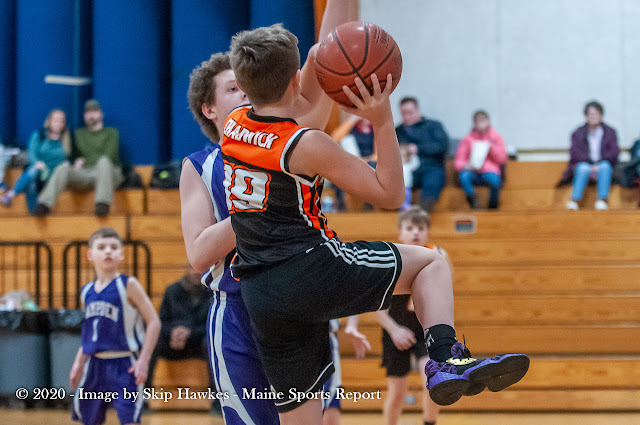 Gardiner's Owen Chadwick (19) gets up for a basket against Hampden defender Spencer Martin during the Glenburn Rec 5/6 boys tournament championship game on Sunday in Glenburn. Gardiner won the game 35-19. (Photo by Skip Hawkes)

The Tigers took a 9-5 lead after the first quarter and never looked back. Gardiner led 18-11 at the half time break. As the second half got underway, the Tigers ran off six unanswered points to take a 24-11 lead. They out scored Hampden 14-5 in the period for a 32-16 lead that the Broncos could not overcome. 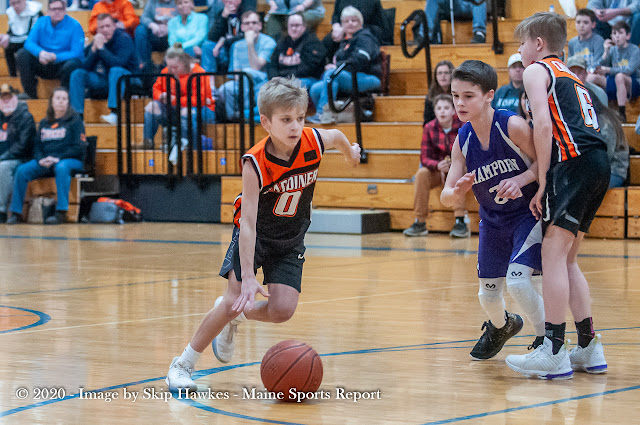 Click here to view all the games photographed during the tournament

Gardiner was led in scoring by Owen Chadwick with a game high 15 points and Brady Peacock with 12 points. Also scoring for the Tigers were Nick McKay with four points, and Cam Madore and Jack Quinn with two points each.

The Tigers had two 3-point baskets, one each by Chadwick and Peacock, and they went just 1-for-6 (17 percent) from the free throw line. 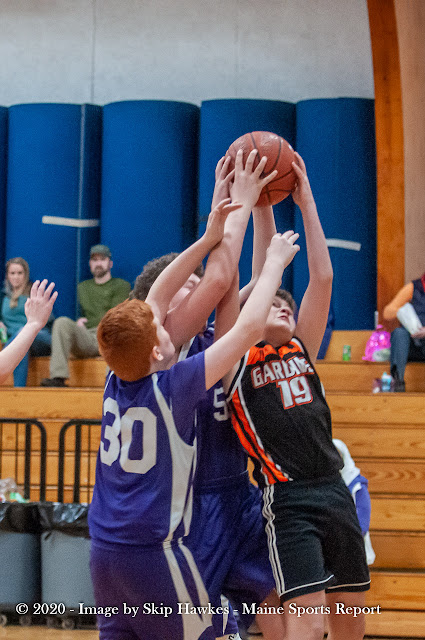 The Broncos did not have any long range baskets, and they went 3-for-11 (27 percent) from the charity stripe. 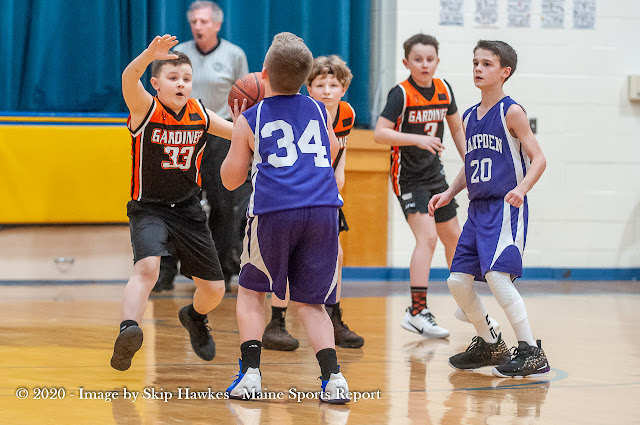 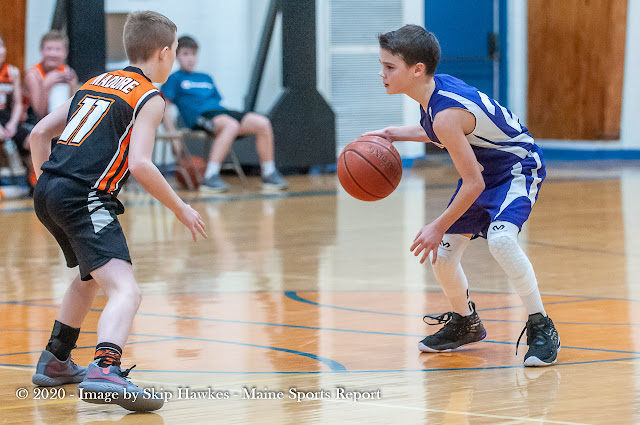 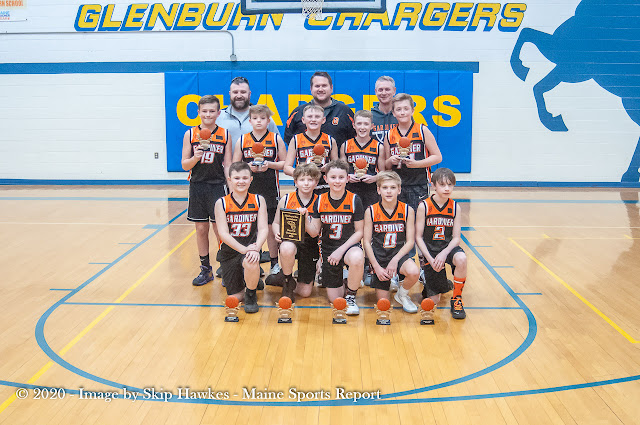 The Gardiner Tigers pose for a team photo after winning the 5/6 boys tournament championship game in Glenburn on Sunday. (Photo by Skip Hawkes) 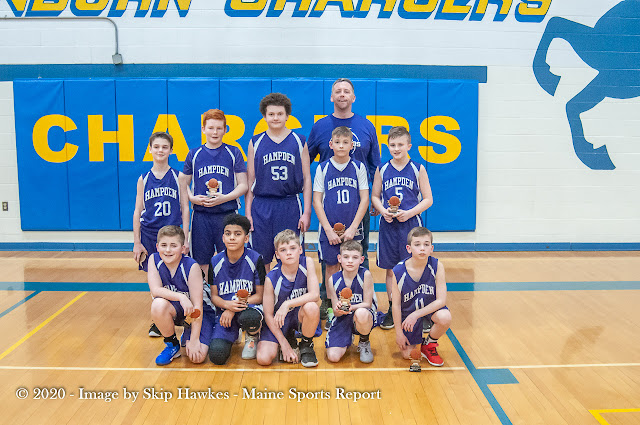 The Hampden Broncos pose for a team photo. (Photo by Skip Hawkes)