Bangor 7/8B girls double up Hermon for EMBL win

HERMON - Sunday morning at Hermon High School, the Bangor 7/8 B girls jumped out to an early first half lead and never gave it up on their way to a 26-13 Eastern Maine Basketball League travel game win over the Hermon Jr. Hawks. 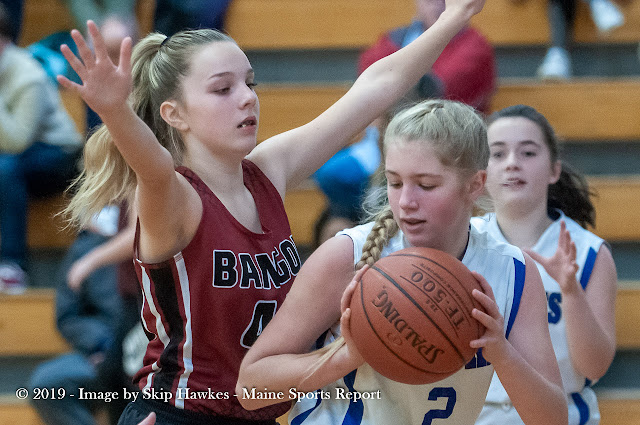 Hermon's Taylor Sherrard (2) looks to clear the ball as Bangor's Isabella Francis blocks her path during a travel basketball game in Hermon on Sunday. Bangor won the game 26-13.
(Photo by Skip Hawkes)

Click here to view the complete Photo Gallery from this game

Bangor took a 10-2 first half lead with 7:23 remaining, and they closed out the 16 minute half on top 16-7 over Hermon. The Hawks were unable to overcome the deficit in the second half as Bangor topped Hermon 10-6 for the 13 point win. 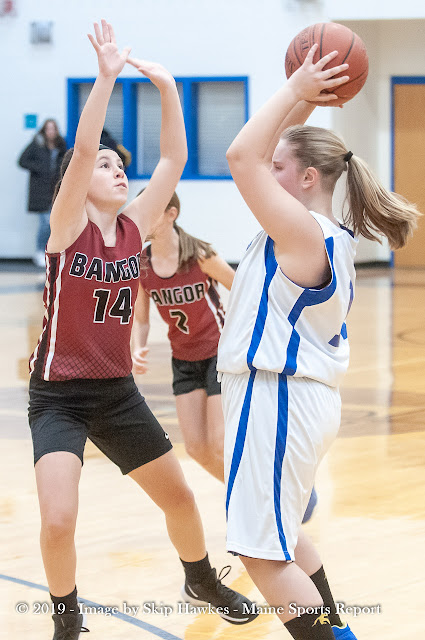 Rhiannon Bosquet scored eight points and Eva Coombs added six points to lead Bangor in scoring. Others scoring for the Rams were Kali Snowden and Jalynn Williams with four points each, and both Isabella Francis and Gabby Raymondhad two points each. The Rams wemt 0-for-4 from the free throw line. 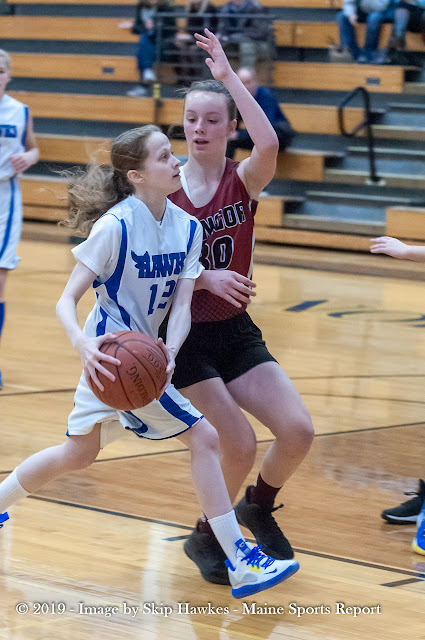 Providing the scoring for Hermon was Elizabeth Case with six points, Autumn Lilly with five points, and Savanna Clark with two points. The Hawks went 1-for-1 from the charity stripe. 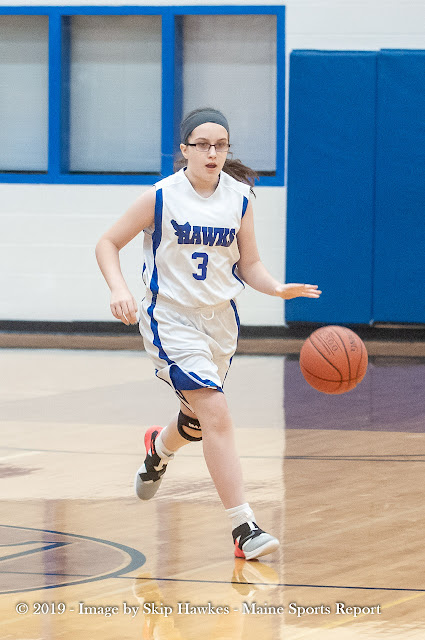 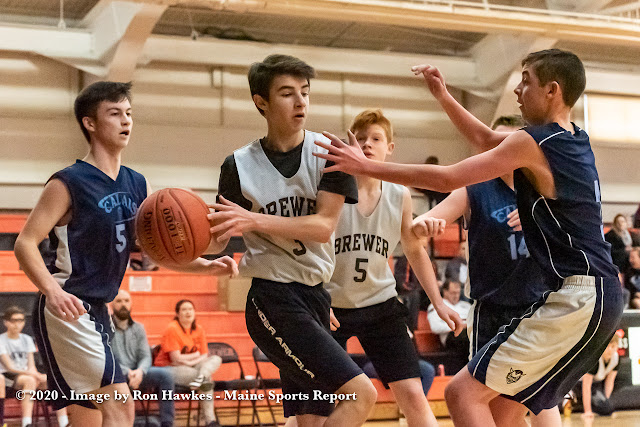