HERMON - Tuesday night at the Hawks Nest inside Hermon High School, the Lady Broncos of Hampden Academy jumped out to a 9-0 start and never looked back as they went on to defeat Hermon 48-30 in a Class A and Class B preseason girls game. 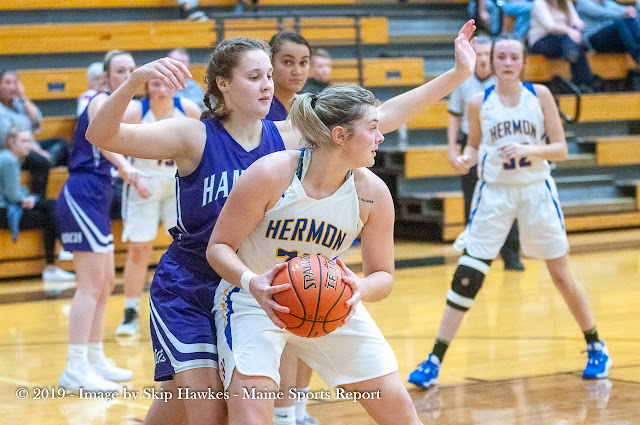 Hampden took a 9-0 lead into the first five minutes of the opening quarter, and closed out the period with a 12-4 lead. A 5-2 run to start the second quarter turned into a 14-10 score at the buzzer giving the Broncos a 26-145 lead at half time. 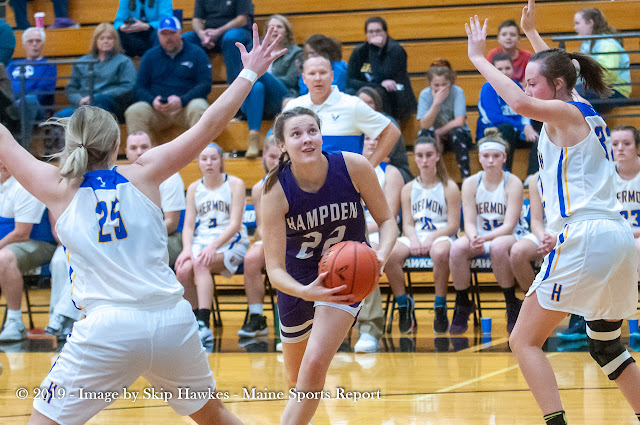 Hampden went on to out score the Hawks 22-16 over the second half on their way to the 18 point victory, holding Hermon to just four points in the third quarter. 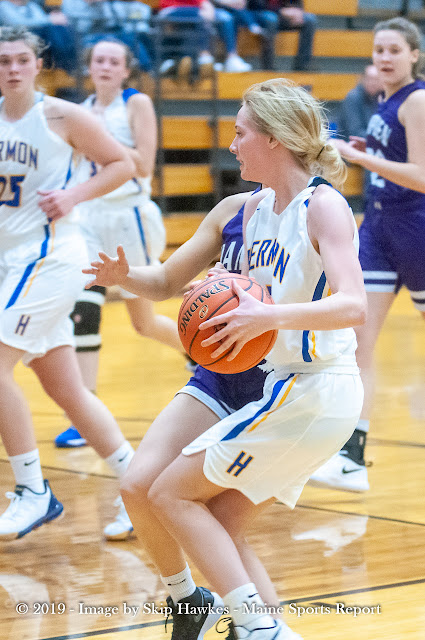 The Broncos proved they can shoot from behind the arc, as they knocked down eight 3-point baskets. Haskell had three 3-pointers, A. McLaughlin and Soucy each had two, and Hodgdon added one. They went 12-for-18 (67 percent) from the free throw line. 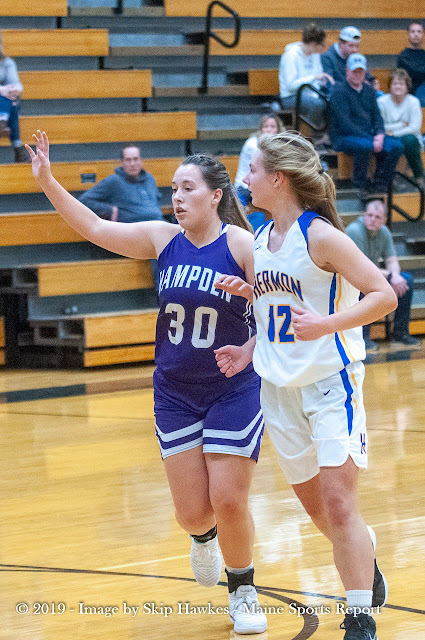 Two young sophomores who will have a big impact on their respective teams season are Hampden's Cam Neal (30) and Hermon's Sydney Gallop. (Photo by Skip Hawkes)

Hermon had two 3-point baskets, one each by Caron and Campbell, and they also went 12-for-18 (67 percent) from the charity stripe.