GLENURN - Tuesday afternoon at the Glenburn School, Lucy Wiles scored four goals to lead the Lady Chargers to a 5-1 victory over the Bangor Christian Patriots in the final game of the season for the two middle school teams. 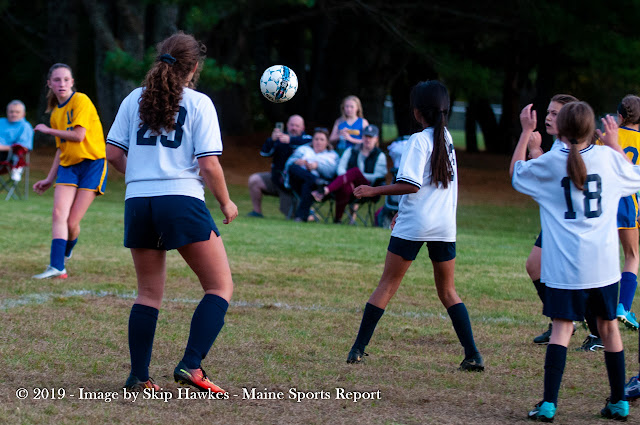 Glenburn's Lucy Wiles (far left) sends the ball high past a number of Bangor Christian players to score one of her first half goals. Glenburn defeated the Patriots 5-1 in the game. (Photo by Skip Hawkes)

Wiles and Addison Schmidt each scored an early goal for the Chargers before Wiles added two more goals to help Glenburn take a 4-0 lead into the half time break. 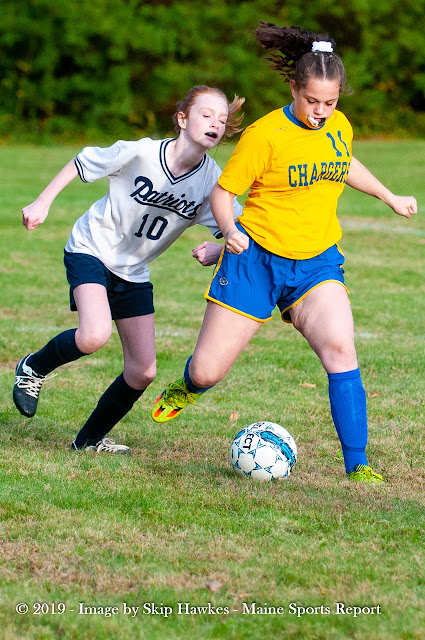 Wiles added one more goal, her fourth of the game, mid way through the second half to put the Lady Chargers on top 5-0. Bangor Christian finally got the ball in the back of the net late in the closing half on a goal by Grace Lewis to close out the scoring at 5-1. 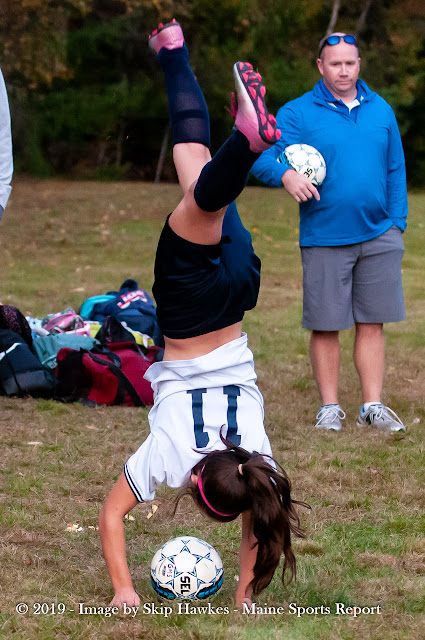 Bangor Christian's Brinn George makes a flip throw in during the second half.
.0(Photo by Skip Hawkes) 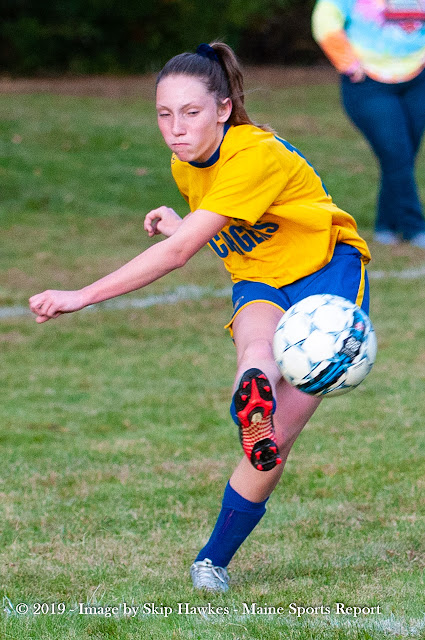 Glenburn's Lucy Wiles puts a shot on goal during the first half. (Photo by Skip Hawkes)