HERMON - Saturday afternoon at Hermon High School, the Hermon Hawks continued their on going win streak as they remained undefeated cruising to a 4-0 victory over the Nokomis Warriors of Newport in girls varsity soccer action. 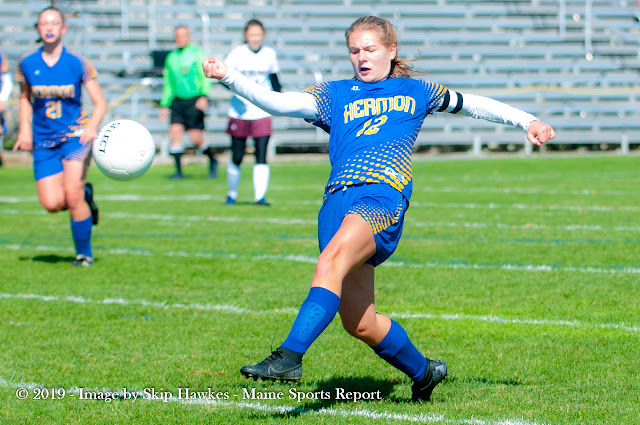 Hermon's Sydney Gallop puts a shot on goal during a game in Hermon on Saturday. Gallop scored a goal as Hermon defeated Nokomis 4-0 in the game. (Photo by Skip Hawkes)

Hermon dominated possession of the ball throughout the first half, but needed the first 12 minutes of the game before they could find the back of the net. Sydney Gallop scored the first goal of the game with 28.53 left in the half, and three minutes later Lindsee Reed made it 2-0 Hermon with a goal. 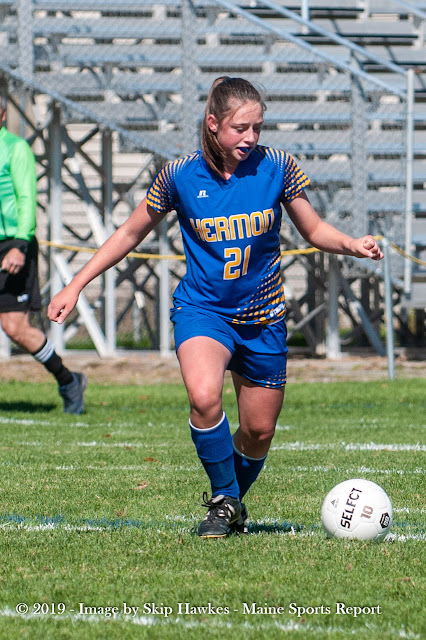 Hermon's Lyndsee Reed plays the ball during the first half. (Photo by Skip Hawkes)

Emily Treat added the final score of the half for a 3-0 Hawks lead, completing a 3-goal in four minute rally for Hermon. 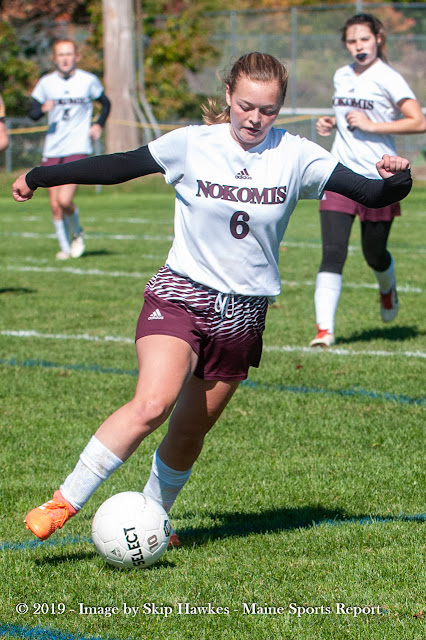 Newport's Jules Bragg moves the ball up the field. (Photo by Skip Hawkes)

Hermon's defense continued to turn away any scoring threat by the Warriors over the second half. Nokomis had a much better defense in the final half, as the Hawks were held to just one score. Grace Page put the ball in the back of the net with 15:21 left to play in the game giving Hermon the 4-0 lead and eventual winning score. 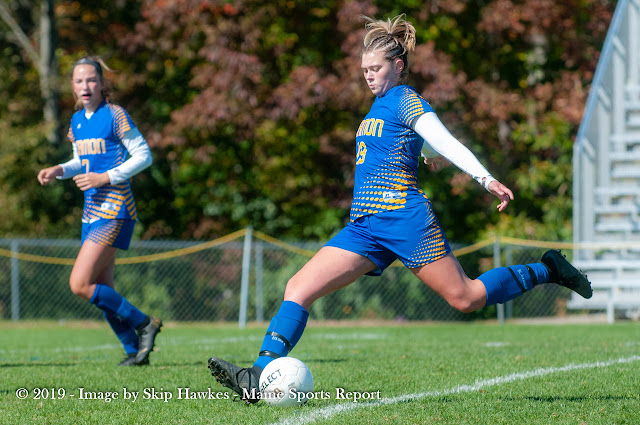 Hermon's Grace Page gets off a big kick and sends the ball up field. (Photo by Skip Hawkes)

Michaela Saulter, Allie Cameron, and Page each added an assist to the Hawks win.

Hermon had 23 shots in the game, while the Warriors did not record a shot on goal. Meg Tracy recorded the shutout in goal for the Hawks while not facing a shot. Olivia Harmon recorded 11 saves in goal for Nokomis. 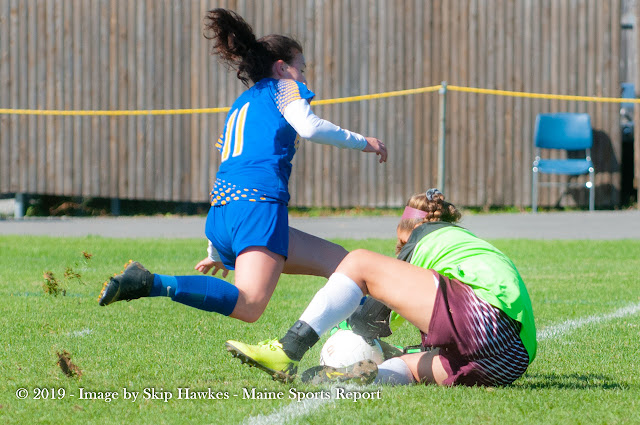