HERMON - It was another team effort for the Hermon 3rd/4th grade Gold football team on Saturday, as six different players scored in the Hawks 47-0 win over the Brewer Witches at the Hermon Recreation field on Saturday afternoon. 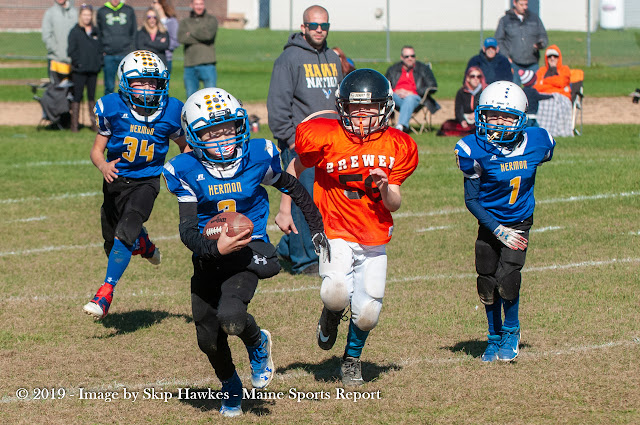 Hermon's Tommy Largay (3) heads up field ahead of a Brewer defender during during a game in Hermon on Saturday. The Hawks won the game 47-0 over Brewer. (Photo by Skip Hawkes)

The Hawks continued their win streak, which now stands at seven wins without a loss. Also part of their undefeated streak is the fact that every win has been a shutout, as this 3/4 team has yet to be scored on in their seven games and they are averaging approximately 44 points per game. They have one game remaining before finishing up their season. They will take on Houlton at home next weekend. 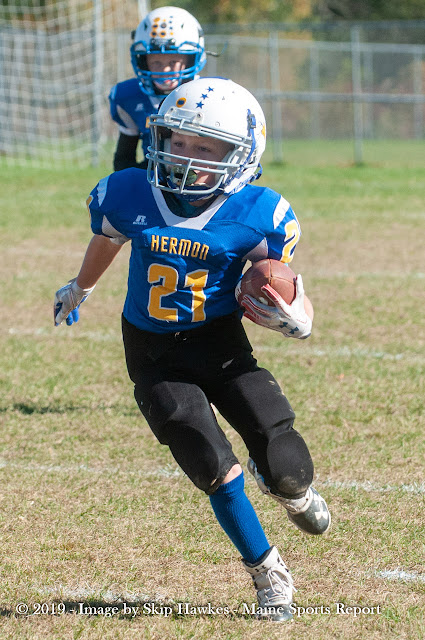 Hermon got on the board just three minutes into the game when Kohen Corriveau ran the ball into the end zone from 20 yards out for his first touchdown of the season giving the Hawks an 8-0 lead after the point after kick. 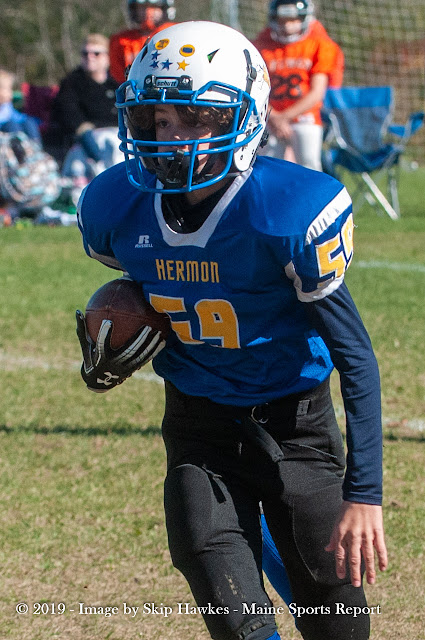 Hermon's Corban Reed looks down field as he advances the ball. (Photo by Skip Hawkes)

With five minutes remaining in the opening quarter, Noah Evans helped to put the Hawks on top 16-0 with a 30 yard touchdown run. The touchdown was the first of the season for Evans.

Corban Reed had the lone score of the second quarter on a 30 yard touchdown run just under three minutes into the quarter. The score put Hermon on top 22-0 at half time. 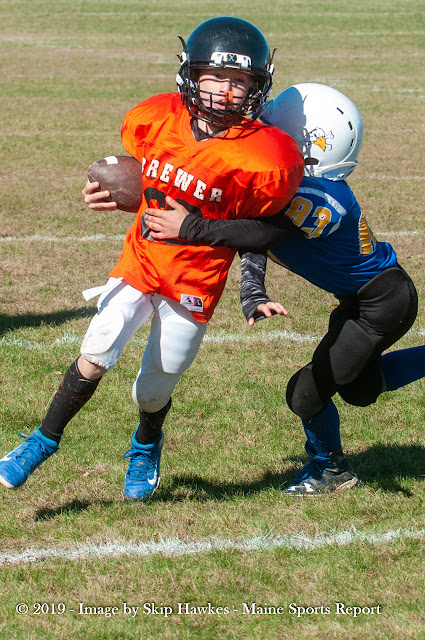 Hermon added two scores in each of the third and fourth quarters. Quincy Danforth scampered 25 yards for a touchdown with 2:30 left in the third quarter, and as the horn sounded ending the quarter Griffin Dunton picked off a Brewer pass and ran it back 35 yards for the score giving the Hawks a 35-0 lead heading into the final period. 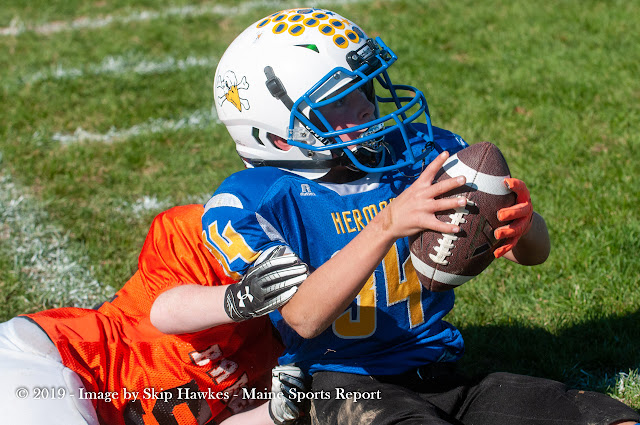 Hermon's Griffin Dunton (34) tries to convince the official he stripped the ball from the Brewer runner on the tackle. (Photo by Skip Hawkes)

Tommy Largay scored the first of two Hermon touchdowns in the fourth quarter. He ran the ball in for a 15 yard score with eight minutes left in the game. Reed scored his second TD of the game on an interception from 20 yards out as the game ended giving the Hawks a 47-0 win.