HERMON - Monday afternoon in Hermon, Natalie Tardie and Brooke Gallop each scored two goals to lead the Hermon Hawks to a 4-0 win over Leonard Middle School in girls soccer action. 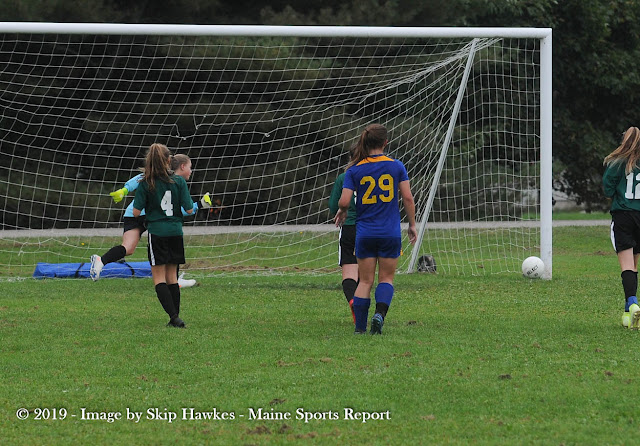 Hermon's Brooke Gallop (29) watches as her shot heads to the corner post and into the net for one of her two goals in the game. Hermon defeated Leonard Middle School 4-0. (Photo by Skip Hawkes)

Tardie scored the first two goals of the game for Hermon, and both goals came off an assist from Madison Stewart. Tardie scored with 28:04 left in the first half, and followed up with her second goal with 27:37 left on the clock. 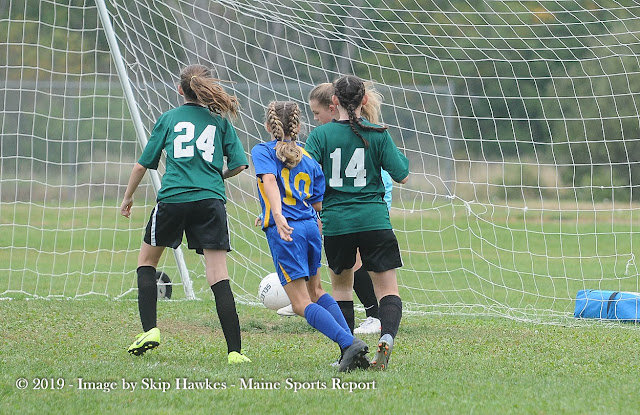 Hermon's Natalie Tardie (10) watches as her shot bounces past the goal keeper for one of her two goals in the game. (Photo by Skip Hawkes)

Gallop completed the first half scoring with an unassisted goal with 14:11 remaining to give the Hawks a 3-0 lead going into half time. 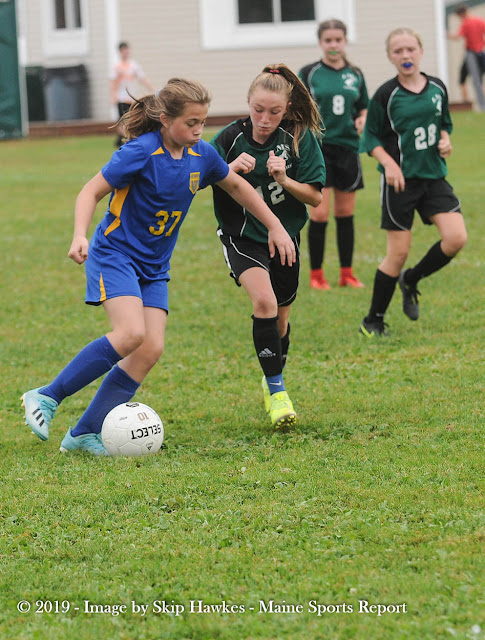 Hermon's Lydia Muth (37) looks to get the ball past an Old Town player. (Photo by Skip Hawkes)

Gallop provided the only score in the second half with another unassisted goal giving Hermon a 4-0 lead and eventual winning score with just over 18 minutes left in the game. 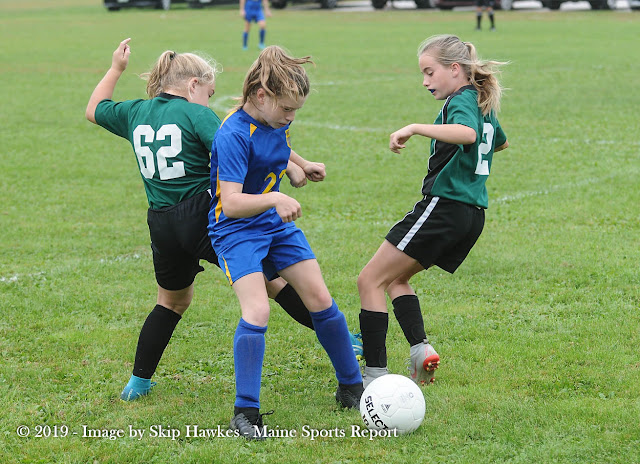 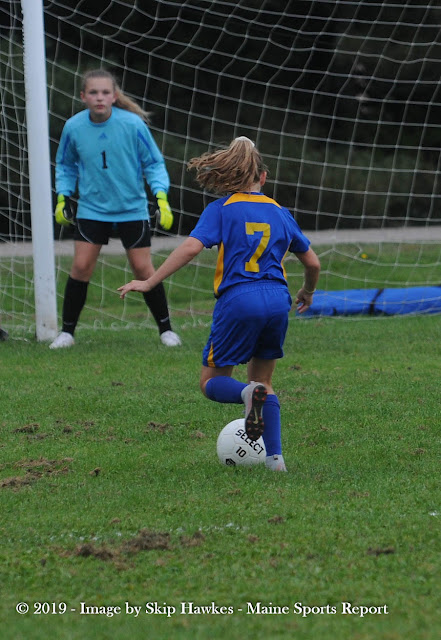 Hermon's Madison Stewart goes one on one with the Old Town goal keeper. (Photo by Skip Hawkes) 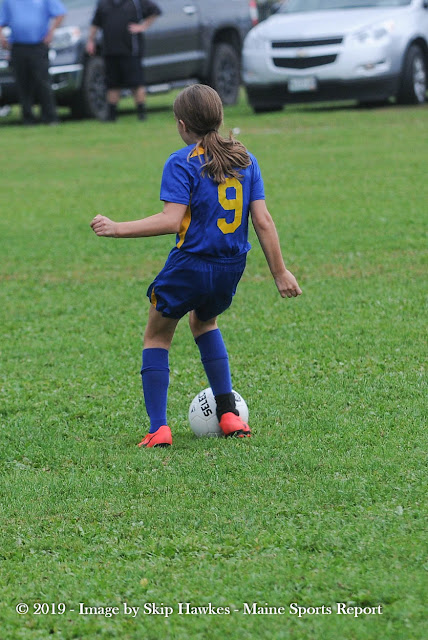 Hermon's Erin Selleck sets to send the ball up the field. (Photo by Skip Hawkes)