HERMON - Sunday afternoon at the Hermon Elementary School athletic complex, the 3rd/4th grade Hermon Gold football team continued their hot streak with a 42-0 victory over Newport behind four touchdowns by Griffin Dunton and one each from Ben Jurdak and Tommy Largay. 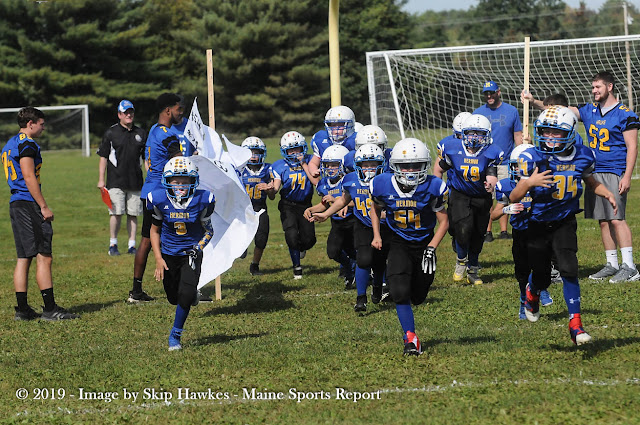 The Hermon 3rd/4th grade Gold youth football team continued to dominate their opponent with a
42-0 victory over Newport in Hermon on Sunday. (Photo by Skip Hawkes)

The young Hawks entered the game undefeated at 3-0, as well as not having allowed a point scored on them so far in the young season. The hot streak continued as Dunton scored two touchdowns and Jurdak added one in the opening quarter to put Hermon on top 22-0. 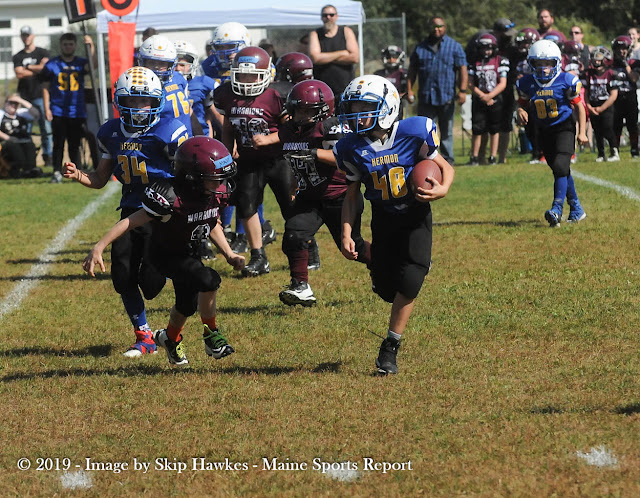 Hermon's Ben Jurdak (48) rolls out to the left on his way to a 40-yard touchdown run in the first quarter. (Photo by Skip Hawkes)

Dunton put the Hawks on top 30-0 when he scored on a 25-yard touchdown run with 5:50 left in the second quarter. That would be the only scoring in the quarter as Hermon took their 30-0 lead into the half time break. 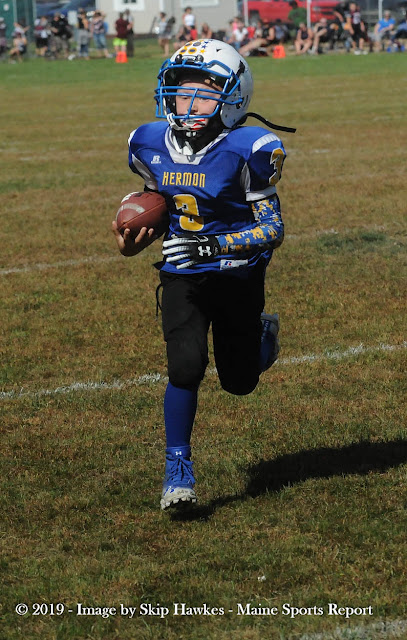 Hermon's Tommy Largay heads to the end zone for a 20-yard touchdown run in the third quarter. (Photo by Skip Hawkes)

Tommy Largay provided all the scoring in the third quarter on a 20-yard touchdown run with 2:50 left to play. The Hawks would take a 36-0 lead into the final quarter.

Dunton scored his final touchdown of the game, as well as the final score of the game, in the fourth quarter on a 10 yard run with 4:20 left in the game for the final 42-0 score. 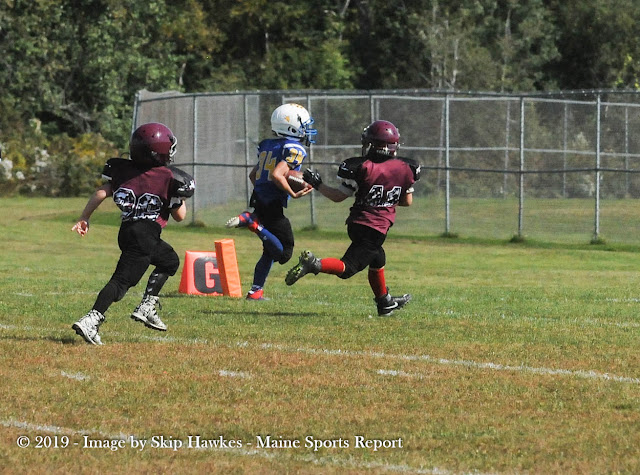 Hermon's Griffin Dunton (34) scores one of his four touchdowns in the game. (Photo by Skip Hawkes) 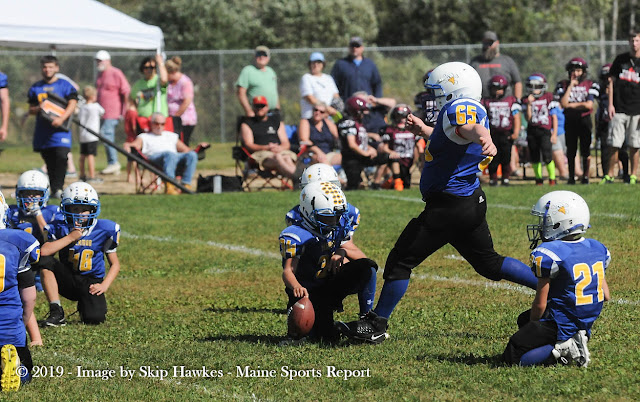