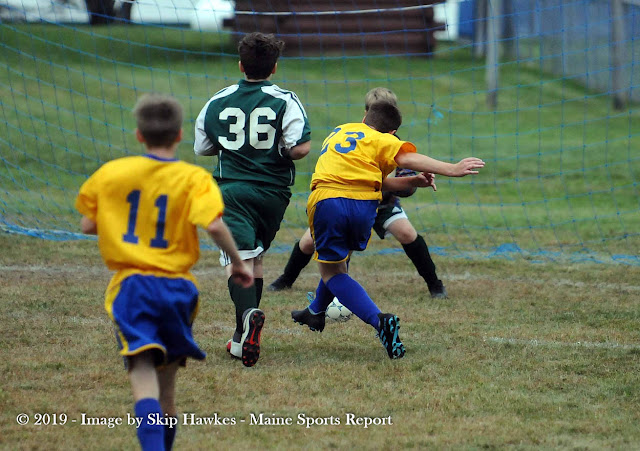 Glenburn's Tony Bisson (23) boots the ball past the Wagner goalkeeper for the first score of the middle school game on Thursday in Glenburn. The Chargers defeated the Clippers 3-2. (Photo by Skip Hawkes)

Glenburn took the early 1-0 lead as Bisson beat the Wagner goalkeeper with a shot just out of reach to the keepers right side dive. The Chargers made the score 2-0 when Colby Haggerty found the back of the net mid way through the first half. 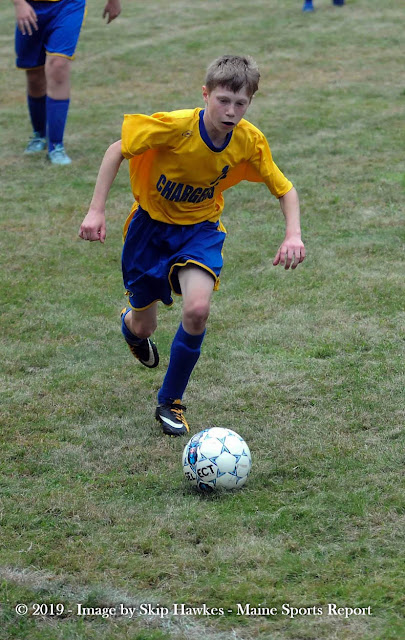 Glenburn's Colby Haggerty gets ready to send the ball up field. (Photo by Skip Hawkes)

The Clippers pulled to within one goal when Josh Medina scored inside the closing minutes of the opening half. The Chargers took a 2-1 lead into the half time break. 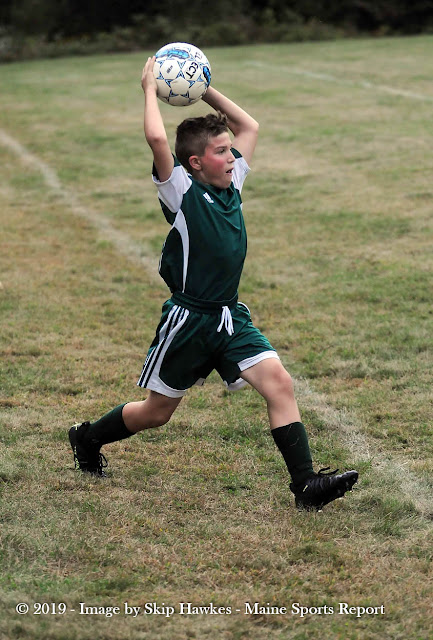 Wagner's Kameron Tardiff makes a throw in during the second half. (Photo by Skip Hawkes)

Bisson gave the Chargers a two goal advantage in the second half when he converted a penalty kick with 17:49 remaining in the game. Wagner pulled back to within one goal when Ellis Cuddy scored to make it a 3-2 game. Glenburn was able to keep the Clippers from scoring again the rest of the way for the win. 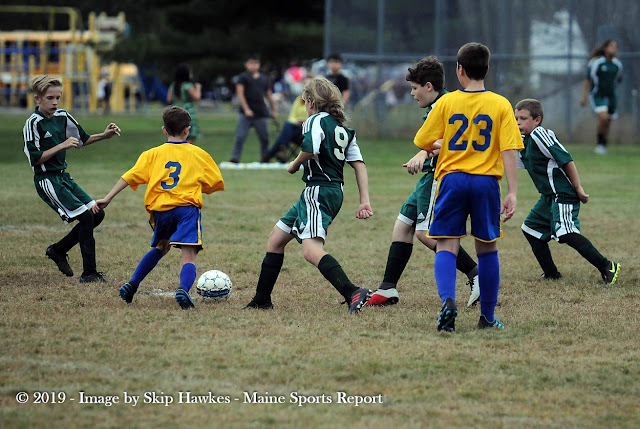 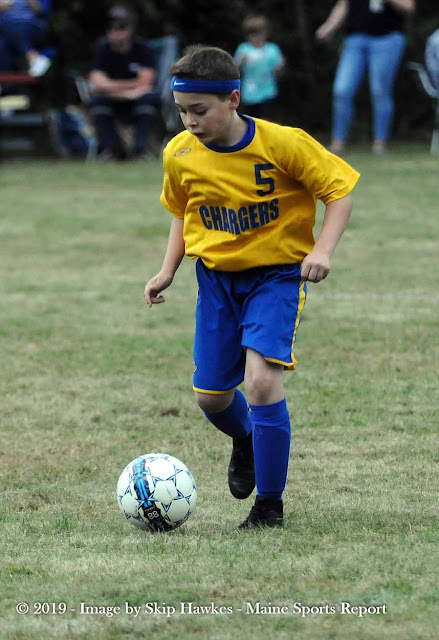 Glenburn's Payden Jandreau plays the ball in the second half. (Photo by Skip Hawkes)