HERMON - Friday night at Pottle Field, the Hermon running game behind juniors Wyatt Gogan (QB) and Zack "The Train" Tubbs (RB) was to much for the Waterville Panthers to handle as the Hawks posted a 54-27 victory in their home opener. 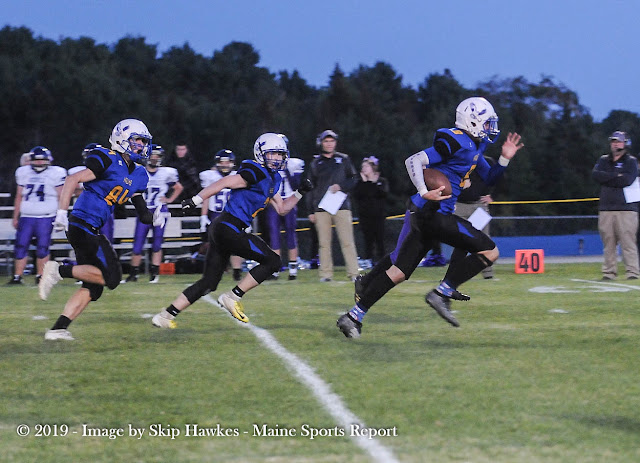 Hermon's Wyatt Gogan (with ball) is off and running with an opening kickoff touchdown return during a game in Hermon Friday night. The Hawks defeated Waterville 54-27. (Photo by Skip Hawkes)

Hermon jumped on the Panthers early, as Gogan took the opening kickoff and raced 61 yards to the end zone for the first score just 21 seconds into the game. Tubbs converted the 2-point play giving the Hawks a very early 8-0 lead.

Gogan would go on and rush for nearly 300 yards and four touchdowns while throwing touchdown passes to Trevor Smith and Gary Glidden. Tubbs, the primary running back for the Hawks with River Mullen sidelined, ran for 100 plus yards . 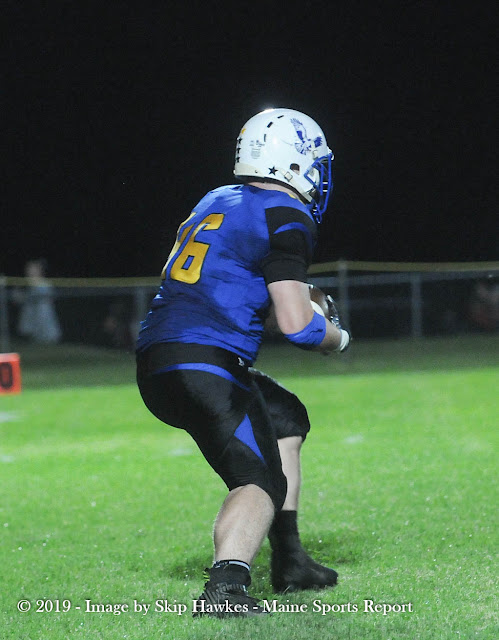 Gogan added touchdown runs of 37 yards and 81 yards over the remainder of the first quarter, with a 9-yard touchdown run by Waterville's Trafton Gilbert sandwiched in between the Gogan TD's giving Hermon a 22-7 first quarter lead.

A 7-yard touchdown pass from Gogan to Smith in the second quarter put the Hawks on top 28-7 with 11:15 left to play in the half. The Panthers Gilbert added an 8-yard touchdown with 8:02 to play to cut the Hermon lead to 28-14. 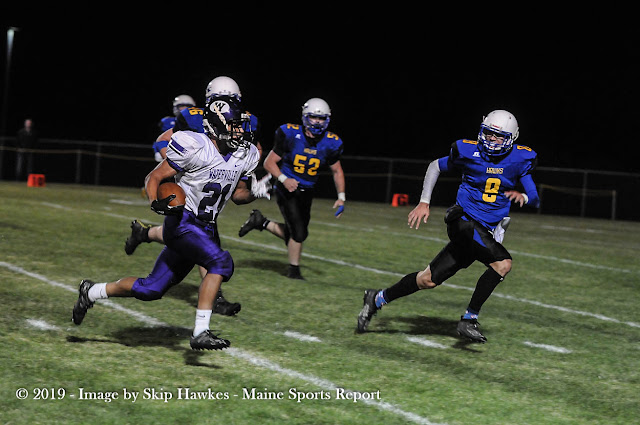 Gogan showed his agility and his speed when he went high to grab a bad snap and converted it into a 77 yard touchdown run to increase the Hermon lead to 34-14 with 6:44 remaining in the half. At the 3:19 mark, the Panthers Singh punched the ball into the end zone from one yard out to cut the Hawks lead to 34-21. A Gogan to Glidden six yard pass followed by a Tubbs 2-point conversion closed the scoring for the second quarter as Hermon opened up a 42-21 half time lead. 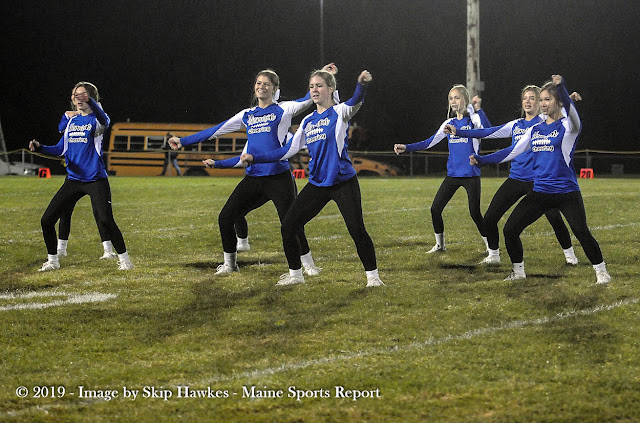 The Hermon Cheerleaders performed during halftime of the game. (Photo by Skip Hawkes)

The lone score of the third quarter did not come until the closing seconds when Hermon freshman  Glidden ran for a 37 yard touchdown giving the Hawks a 48-21 lead heading into the final period. 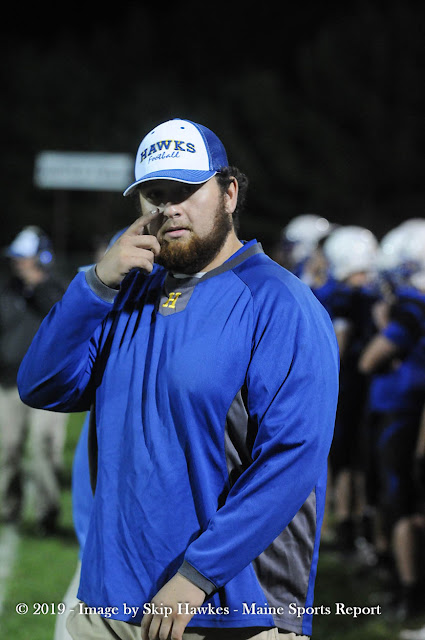 Former Hermon High football star Garrett Mullen works the sideline with the coaches for the Hawks. (Photo by Skip Hawkes) 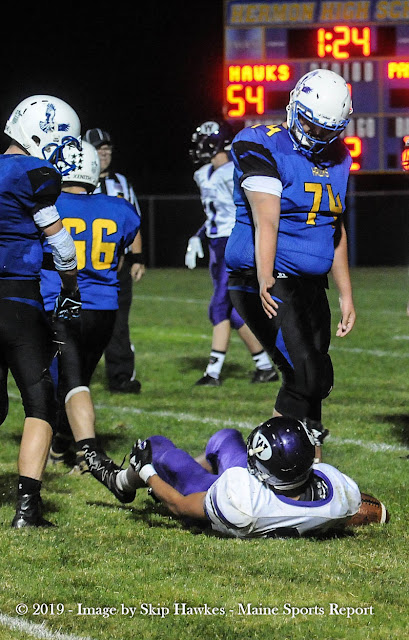 Both teams will be on the road next Friday night, September 20, as Hermon heads to Oceanside High School in Rockland and Waterville will be in Bangor to face John Bapst. Both games kick off at 7:00 p.m.