GLENBURN - Saturday morning at the Glenburn Elementary School, the Glenburn Rec's final tournament week-end got underway with the 5th-6th grade boys. Hermon, Ellsworth, MDI-White, and Holbrook all picked up wins in the four opening games of the eight game day. 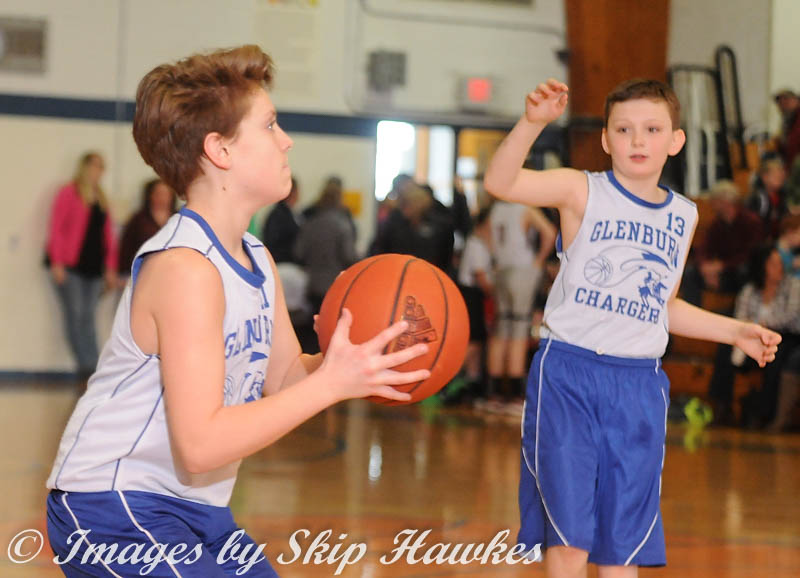 Glenburn's Greg Baines takes a look at the basket during the opening game of the Glenburn Rec's 5th-6th grade boys basketball tournament on Saturday. (Photo by Skip Hawkes)

In the opening game, Hermon out scored a young inexperienced Glenburn team 16-3 in the second quarter to take a 25-5 half time lead on their way to a 52-13 victory.

Bryce Coulter and Kayden Patten each scored a game high 11 points to lead the Jr. Hawks in scoring. Glenburn was led in scoring by Theo Blanche with eight points. 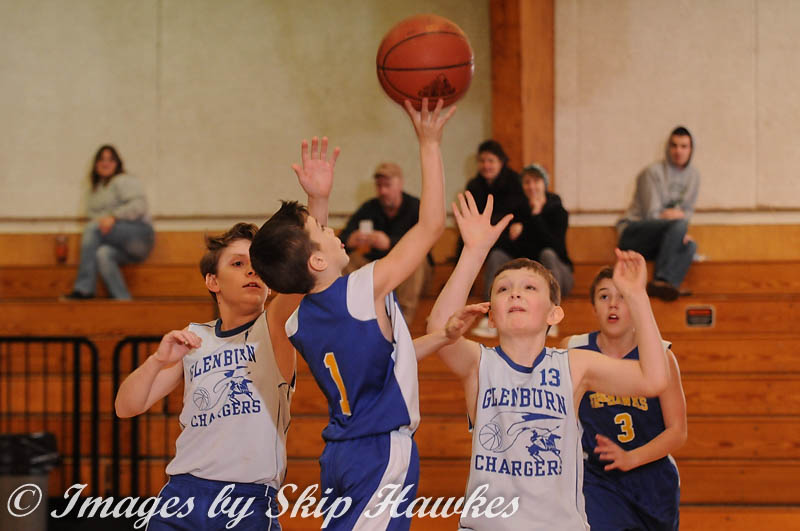 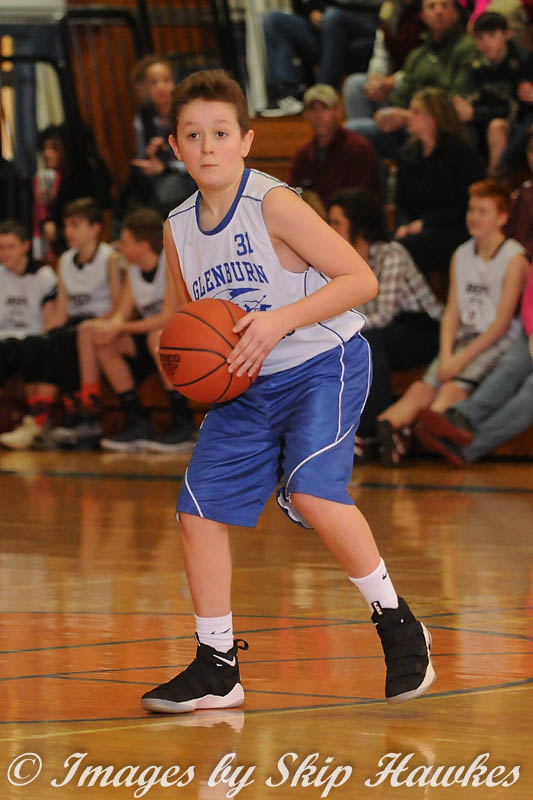 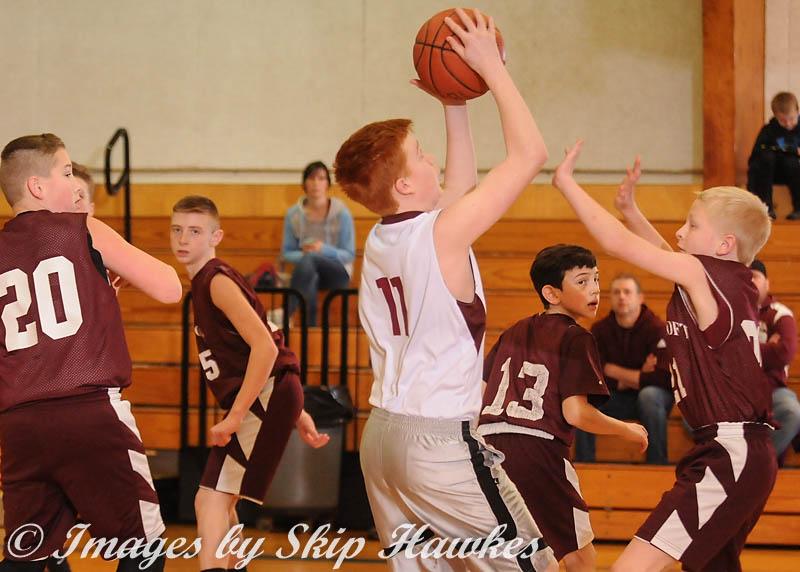 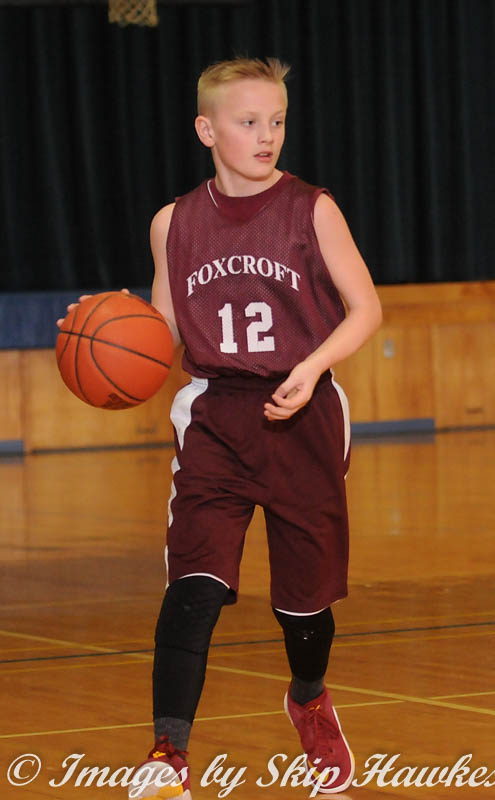 In game three, MDI-White opened with an 11-4 first quarter lead only to have the Cushing Bucs bounce back with a 9-4 second quarter to close the gap to 15-13 MDI at half time. The Trojand were able to hold off any Cushing threats over the second half with a 21-15 score for a 26-28 victory. 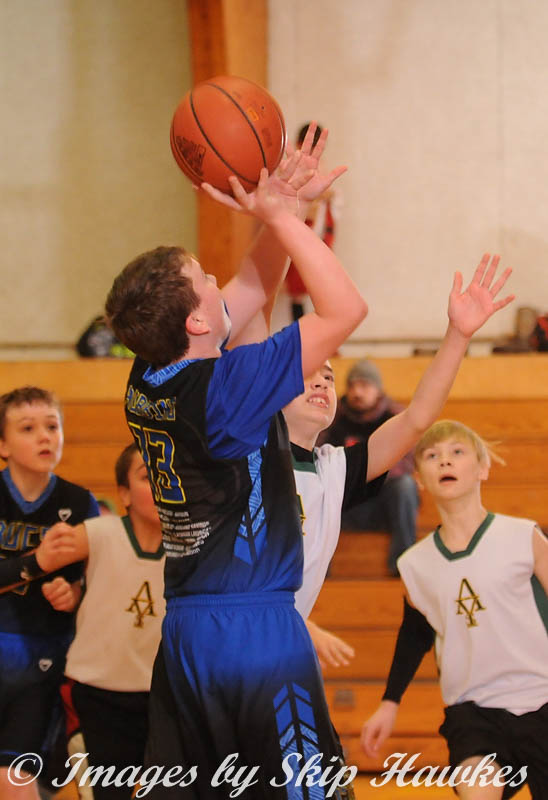 To close out the first half of the day, a talented offense and dominating defense helped the Holbrook Red Devils cruise to a 47-17 win over the MDI-Green Trojans. 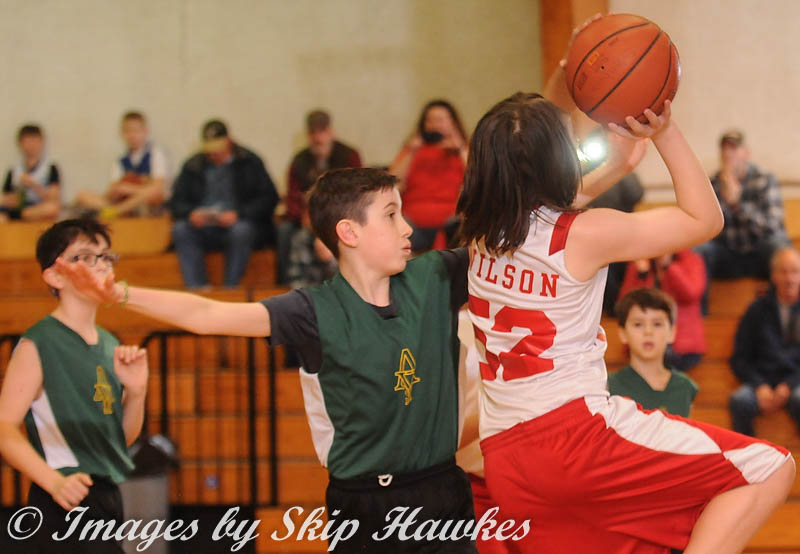