HAMPDEN - Sunday morning at The Stable inside Hampden Academy, the Bronco Little League held their tryouts for all softball players aged seven through 12. The two hour session was led by vice president of softball Rick Stymiest, with help from Hampden Academy varsity softball coach Matt Madore and some of his potential players at the high school level. 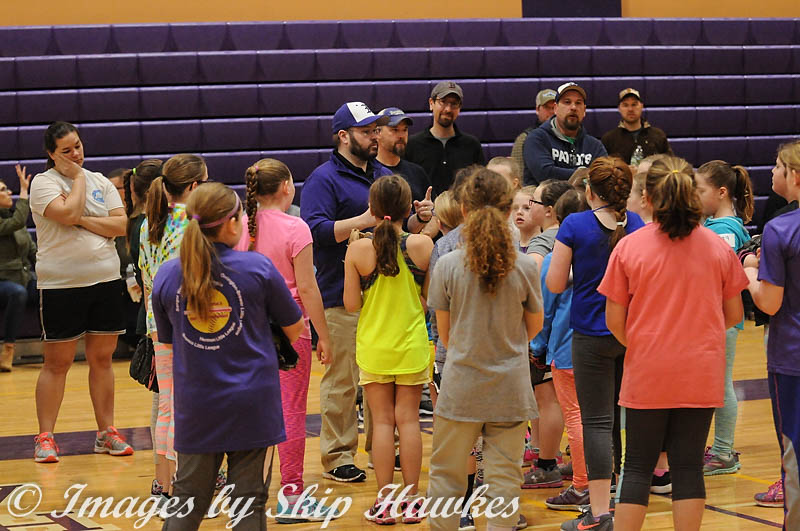 Click Here to view the photo gallery from the tryouts
The morning began with Stymiest and Madore addressing all the girls in attendance, then broke down into separate groups by age to work on specific drills such as throwing, fielding ground balls, fielding fly balls, and hitting. 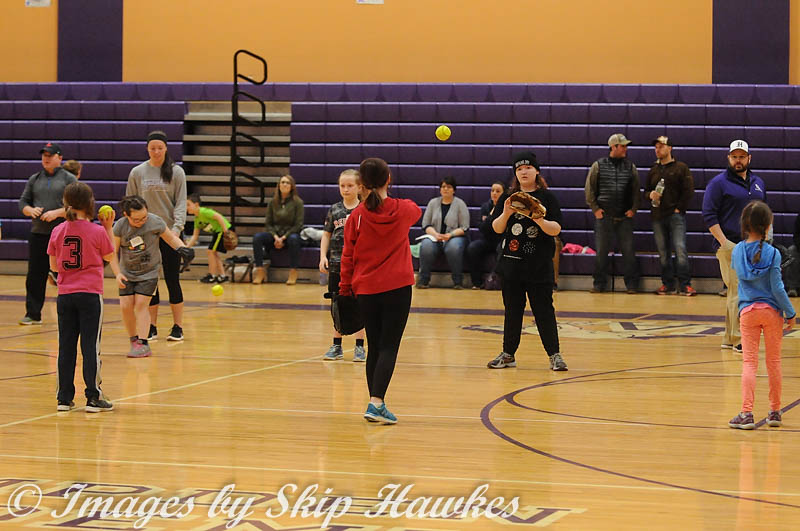 Throwing drills began the tryouts before the girls were broken down by age. (Photo by Skip Hawkes)

The assorted drills conducted during the tryouts were led by prospective members of the Hampden Academy softball team. This allowed the coaches in attendance from Bronco Little League to view the individual players and conduct evaluations on each one. 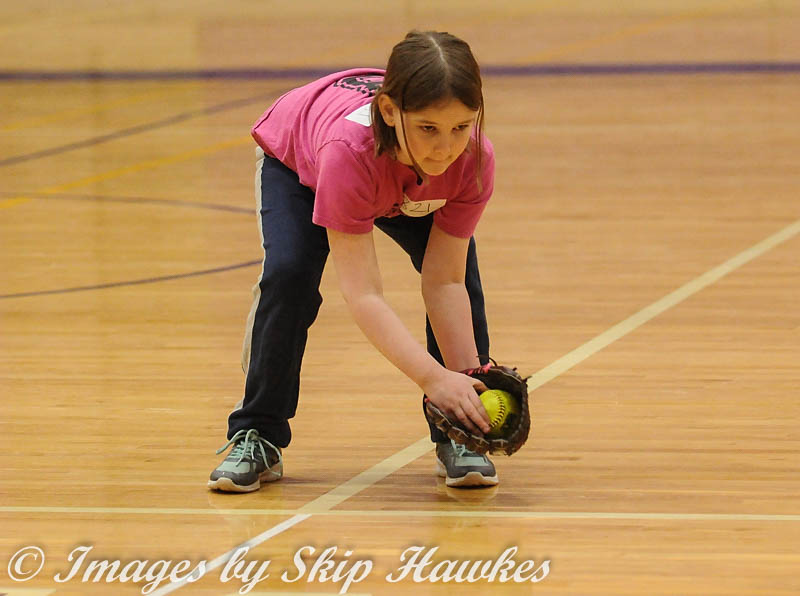 Two hands on fielding a ground ball makes for good mechanics as illustrated by this player. (Photo by Skip Hawkes)

Still to be decided is how many softball teams Bronco Little League will have. An early guess is one or two Majors teams and two minors teams. Most likely there will not be a farm team for the 2018 season. There was approximately 24-26 girls at the tryouts. Girls who played on a Majors team in 2017 were not required to attend tryouts. 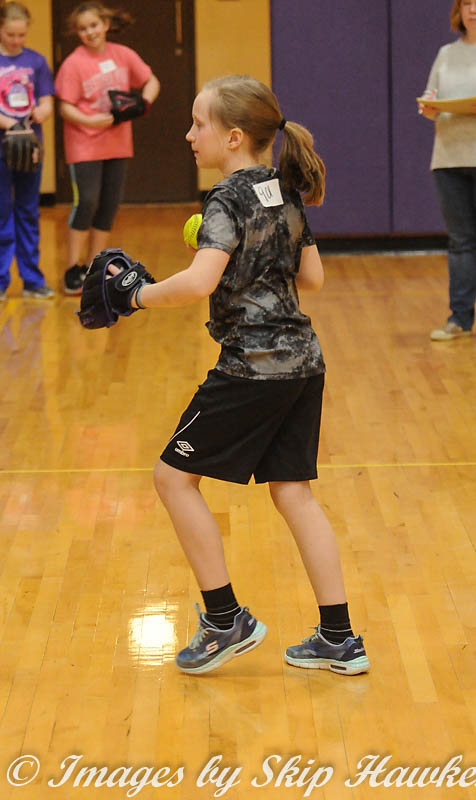 This nine year old player was high on the evaluation chart of many coaches, as she exhibited some excellent skills during all the drills. (Photo by Skip Hawkes)

The draft of all the players will take place soon, and the best news of the tryouts was that all the girls were told that everyone in attendance was going to be placed on a team. Team rosters will be decided in the next week or so, with Opening Day scheduled for April 28 (the last Saturday of April). 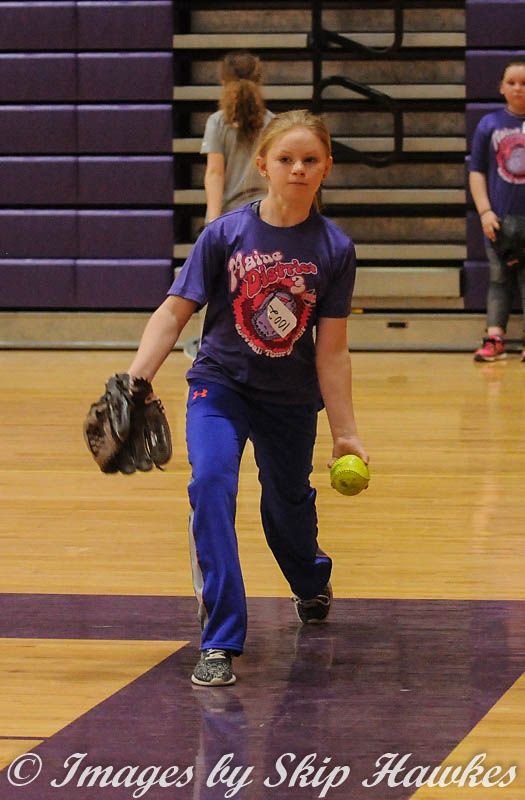 Kiera Gabric works on her pitching mechanics for the coaches. (Photo by Skip Hawkes) 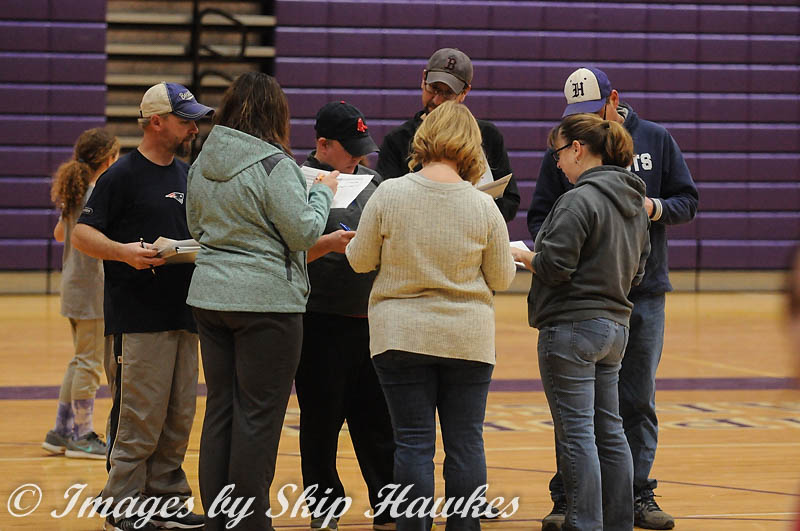