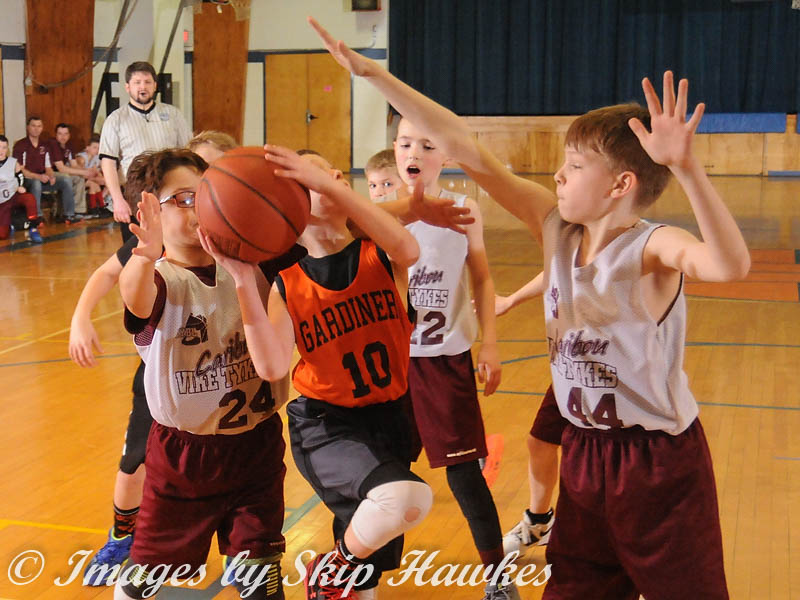 Click Here to view all the photographed games form the tournament
Both teams entered the championship game undefeated with 4-0 records, but Gardiner seemed to be the stronger team in the early going. They shut down the scoring threat of Caribou to take a 7-0 first quarter lead. Caibou got back into the game in the second period off a 9-4 score to close the gap to 11-9 Gardiner at the half. 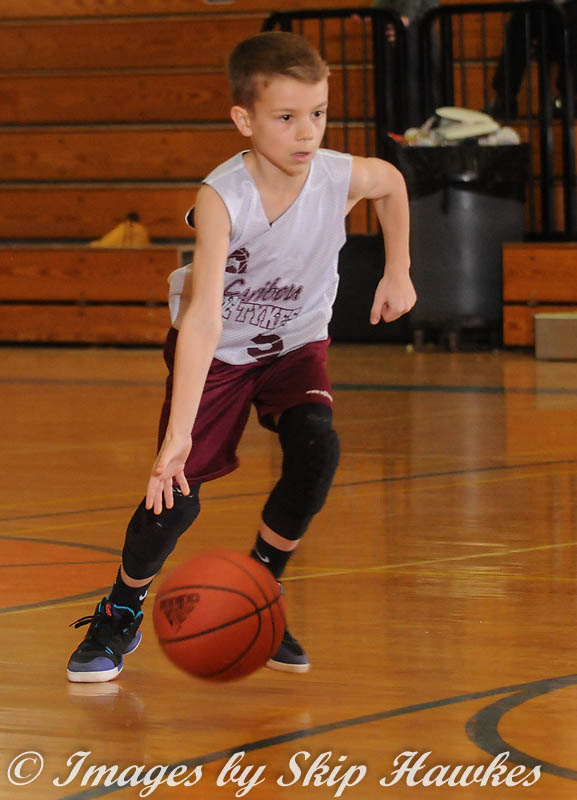 The Tigers added to their lead with a 5-2 third quarter to take a 16-11 lead into the final period of the game.

The fourth quarter was the most offensive period of the game, as Gardiner managed to out score Caribou 12-11 over the six minute period. Gardiner had an 8-2 run to put them up 22-13 with 2:05 left in the game. Caribou hung close and cut the Tigers lead to three points, but Gardiner would close the game out with the six point margin of victory. 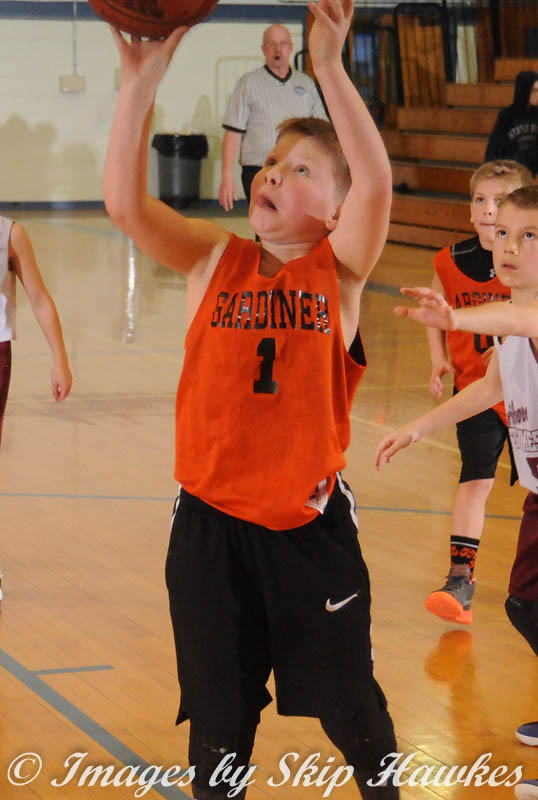 Gardiner's Logan Cote puts up a shot good for two points during the second half.  (Photo by Skip Hawkes)

Brady Peacock scored 10 points and Brayden Elliott added six points to lead Gardiner in scoring. Logan Cote and Jack Quinn each scored four points, while Owen Chadwick and Trace Moody each chipped in with two points. The Tigers went 4-for-7 (57 percent) from the ftrr throw line.

Scoring for Caribou was Carsen Richards with a game high 12 points, Landen Belanger with nine points, and Owen Corrigan with one point. The Vikings went just 6-for-15 (40 percent) from the charity stripe. 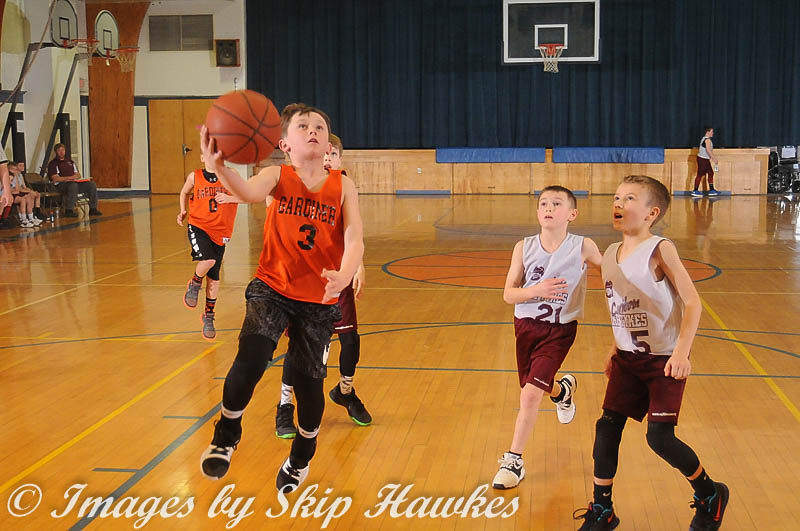 Gardiner's Brady Peacock (3) goes up for a lay up during the second half. (Photo by Skip Hawkes) 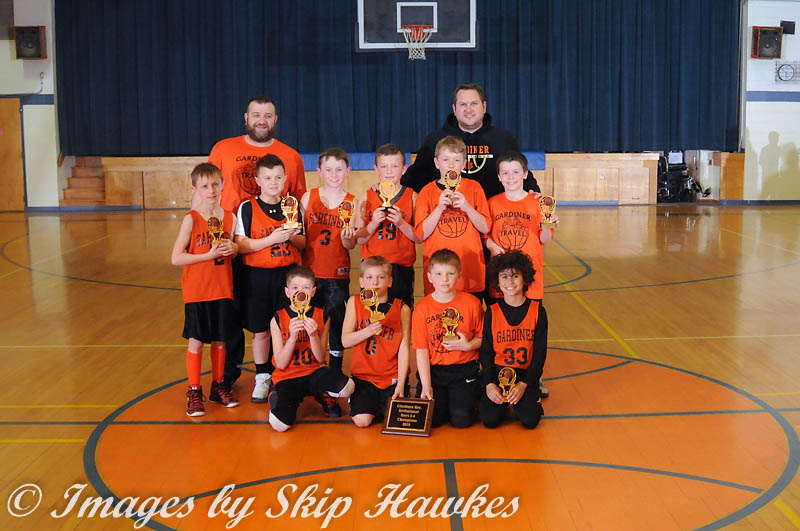 The Gardiner player and coaches pose for a team photo after winning the 3rd-4th grade tournament championship in Glenburn on Sunday. (Photo by Skip Hawkes)

Gardiner advanced to the championship game with a 22-16 semifinal victory over the Newport Warriors (2-2). 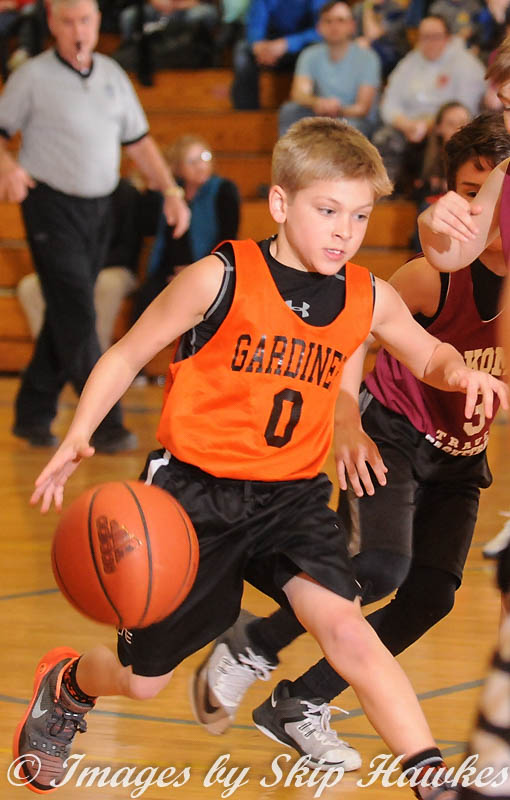 Gardiner's Brayden Elliott (0) drives to the basket during the semifinal game against Newport. (Photo by Skip Hawkes)

Caribou cruised to a 34-17 win over Old Town Rec (2-2) to move on to the championship game. (Photo by Skip Hawles) 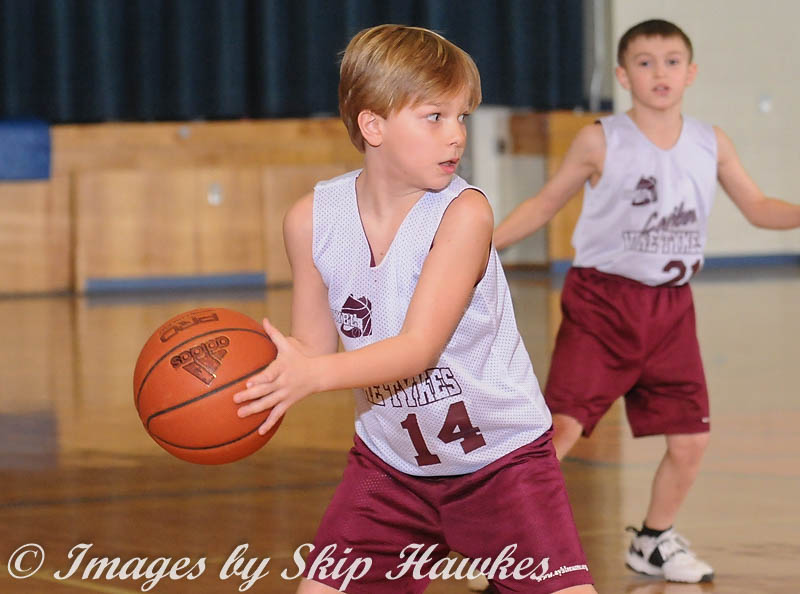 Caribou's Tyson Sargent (14) looks to pass the ball during the semifinal game against Old Town Rec. (Photo by Skip Hawkes)