Bisson, McMahon lead Glenburn "B" boys to win over Orono

GLENBURN - Tony Bisson and Logan McMahon each scored in double digits to lead the Glenburn Chargers to a 35-29 win over the Orono Red Riots in a "B" Division boys basketball game at Glenburn Middle School on Thirsday afternoon. 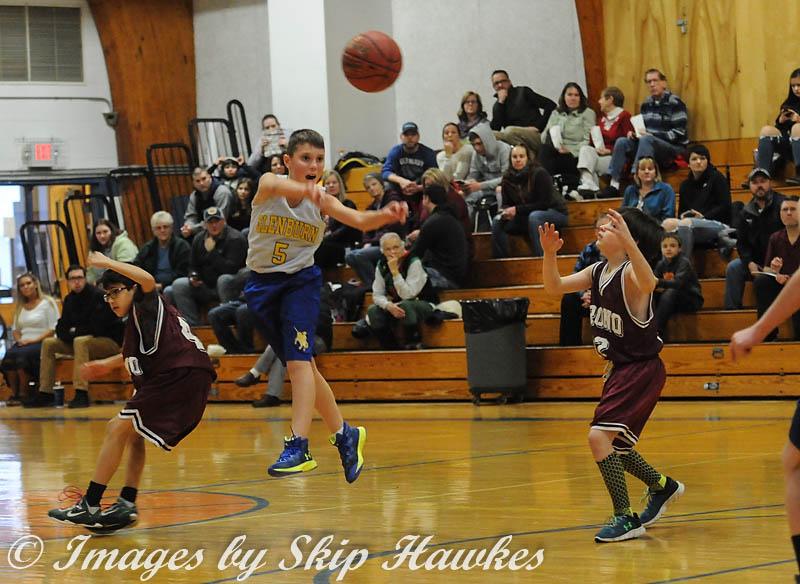 Glenburn's Tony Bisson (5) gets some air time as he passes the ball into the pain during a "B" division game at Glenburn on Thursday. Glenburn defeated Orono 35-29 in the game. (Photo by Skip Hawkes)

The Chargers opened the first quarter on a 9-0 run highlighted by a Jack Schuck 3-point basketwith 2:30 to play in the quarter. The basket by Schuck was his first of his career, as he is in his first year of basketball. 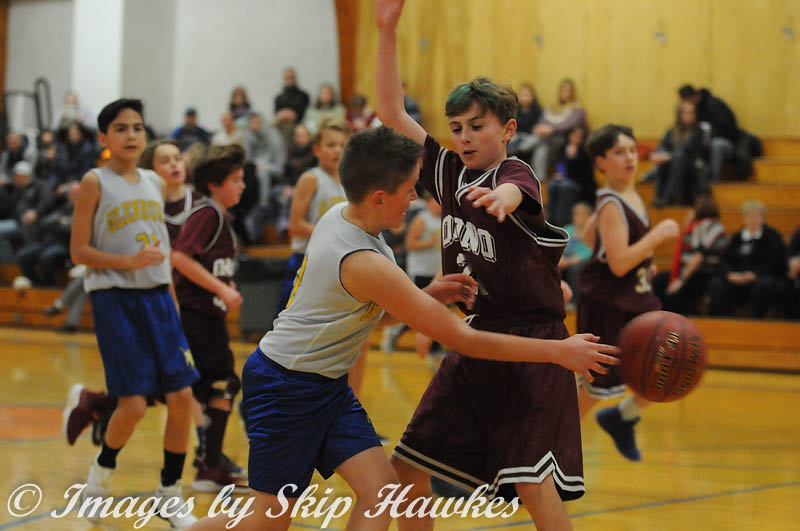 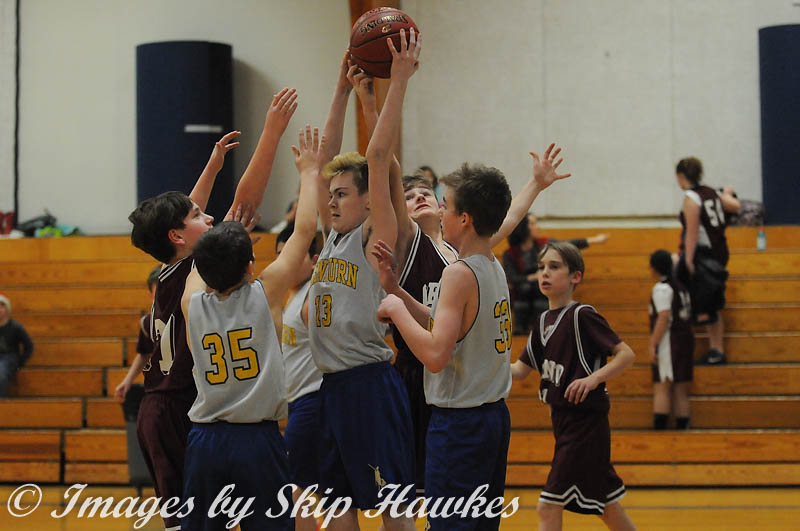 Glenburn's Christian Mooers (13) tries to keep the ball out of reach of the Orono team. (Photo by Skip Hawkes)

Glenburn had two 3-point baskets, one each by Schuck and McMahon, and they went 1-for-3 from the charity stripe. 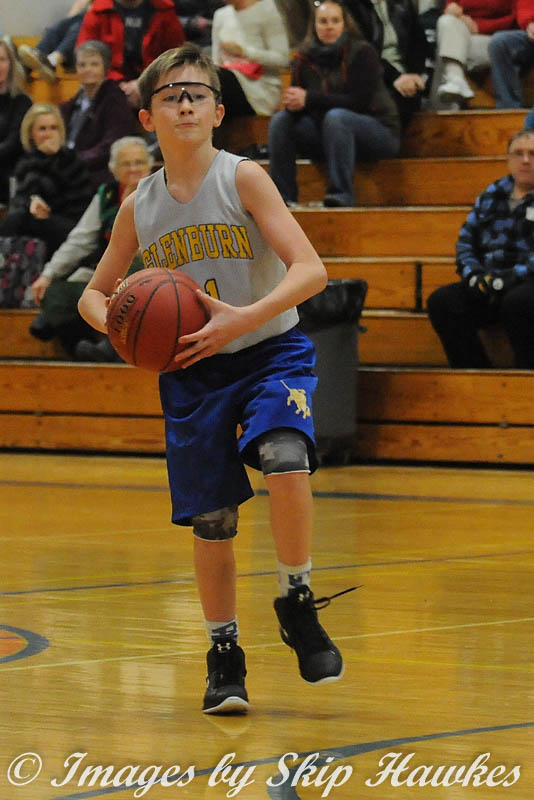 Glenburn's Pierson Schools looks to pass the ball during the first half. (Photo by Skip Hawkes)

Orono had one 3-point basket by Gray, and they went 0-for-2 from the foul line. 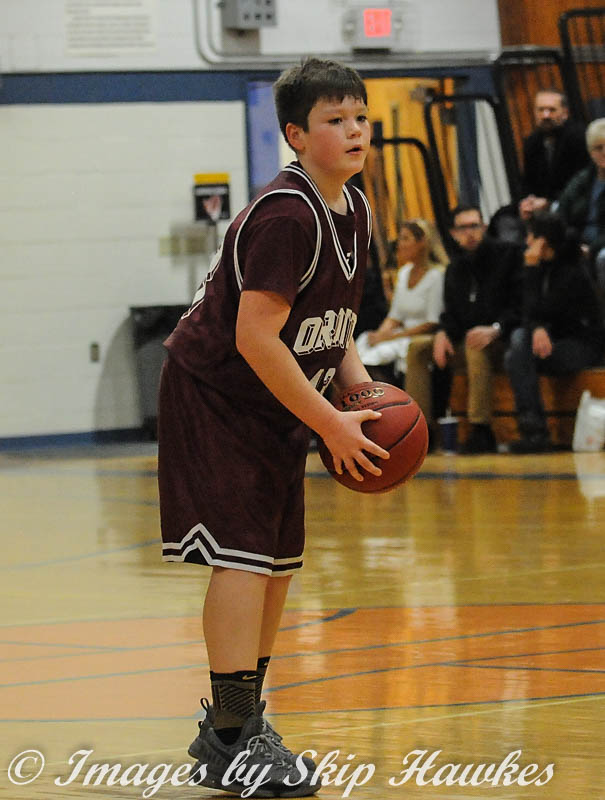 Orono's Caden Gray looks over the floor before driving to the basket. (Photo by Skip Hawkes)