HAMPDEN - Sunday morning at Reeds Brook school in Hampden, the Broncos 7/8 grade girls rolled over the Lady Chargers from Glenburn with 65-17 victory in an EMBL travel basketball game. Emma Haskell, Bella McLaughlin, and Sam Bellerose all scored in double digits for the Broncos. 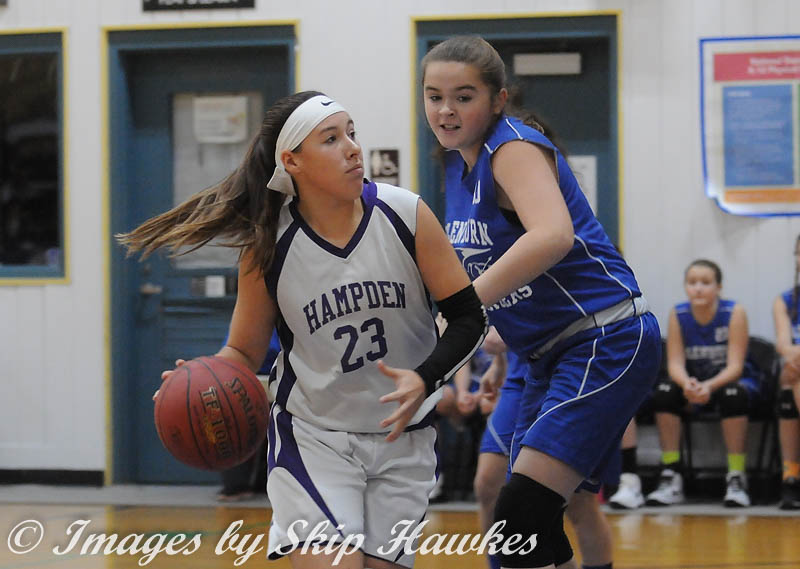 Hampden's Camryn Neal (23) looks to drive to the basket past Glenburn's Chloe LaBree during a travel league game in Hampden on Sunday. Hampden won the game 65-17. (Photo by Skip Hawkes)

Click Here to see the complete photo gallery from this game

Hampden opened with a 29-11 first quarter and never looked back. They led 40-15 at the half time break, and went on to out score Glenburn 25-2 over the second half for the win. 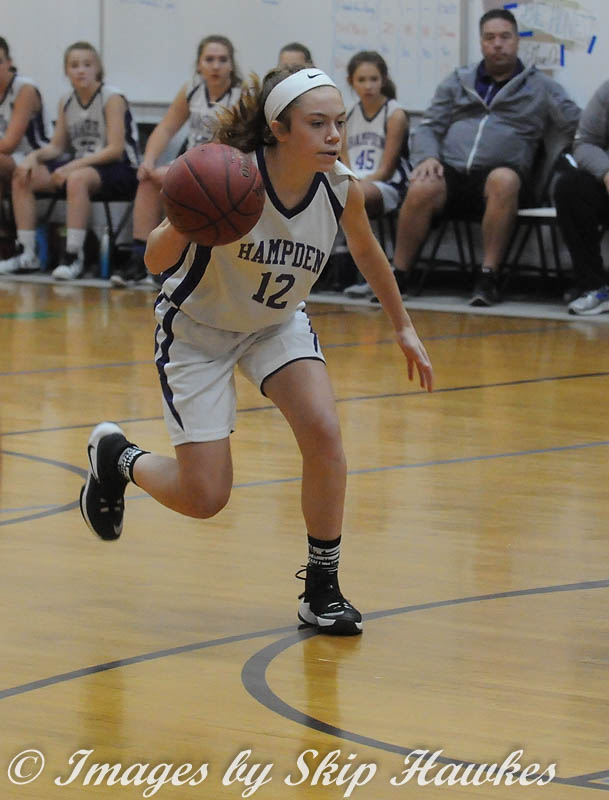 Hampden's Bella McLaughlin looks to drive to the basket during the first half. (Photo by Skip Hawkes)

The Broncos has two 3-point baskets, both by Haskell, and they went 5-for-17 (29%) from behind the charity stripe. 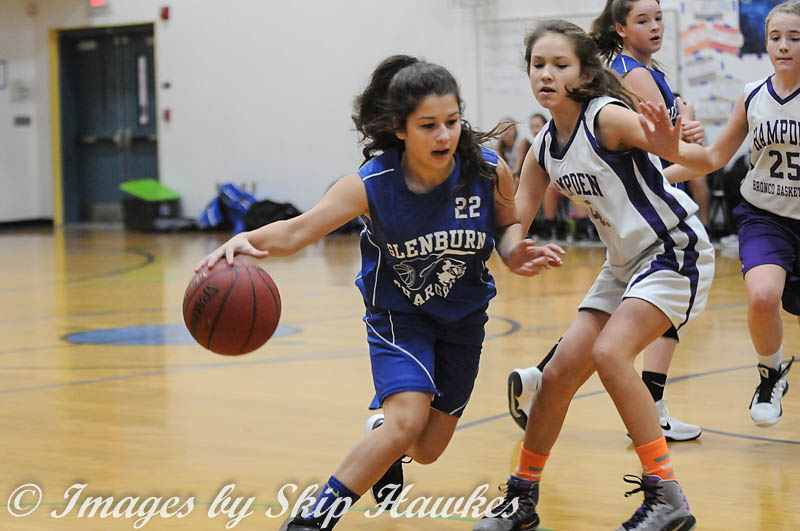 Glenburn's Riley Umel (22) drives past Hampden's Taylor Gardiner during the second half. (Photo by Skip Hawkes)

The Chargers had two 3-point baskets, one each by Umel and Campbell, and they went 5-for-16  (31%) from the free throw line. 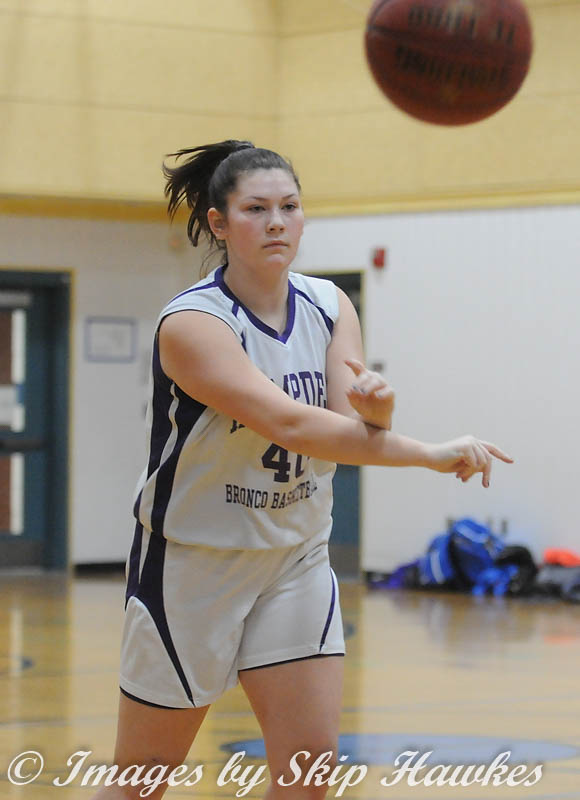 Hampden's Taya Archer passes the ball in the first half. (Photo by Skip Hawkes)