Glenburn 5/6 B Girls roll past MDI for big win

GLENBURN - Saturday afternoon at the Glenburn School, the 5/6 Lady Chargers out scored the Trojans of MDI 16-2 over the first half on their way to a 26-8 victory in an Eastern Maine Basketball League travel game. 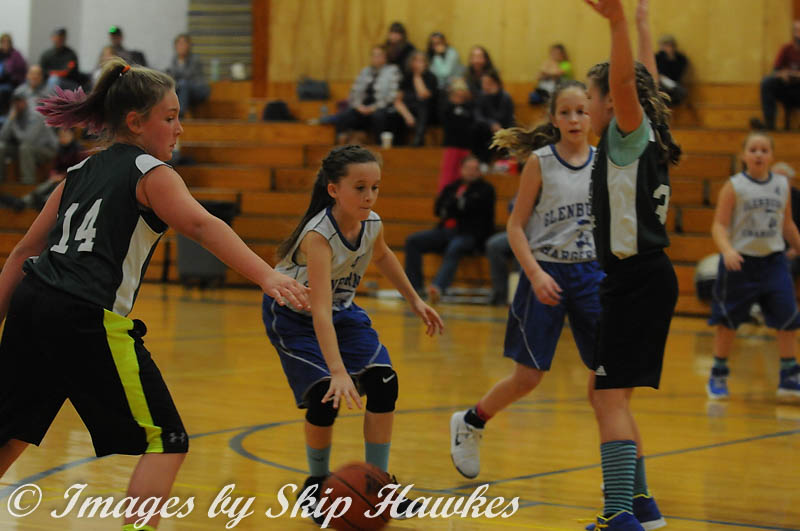 Glenburn's Mariah Sharrow (center) drives to the basket between MDI's Lexi Tozier (14) and Lauren Davis during a 5/6 travel game in Glenburn on Saturday. Glenburn won the game 26-8. (Photo by Skip Hawkes)


The Glenburn win was a big one for three members of the Chargers team. Mariah Sharrow, Molly Simcox, and Sophie Peterson had never won a travel league game until today. They started at the 3/4 level, and after two years were still winless. It was good to get that first travel league game victory under their belt. 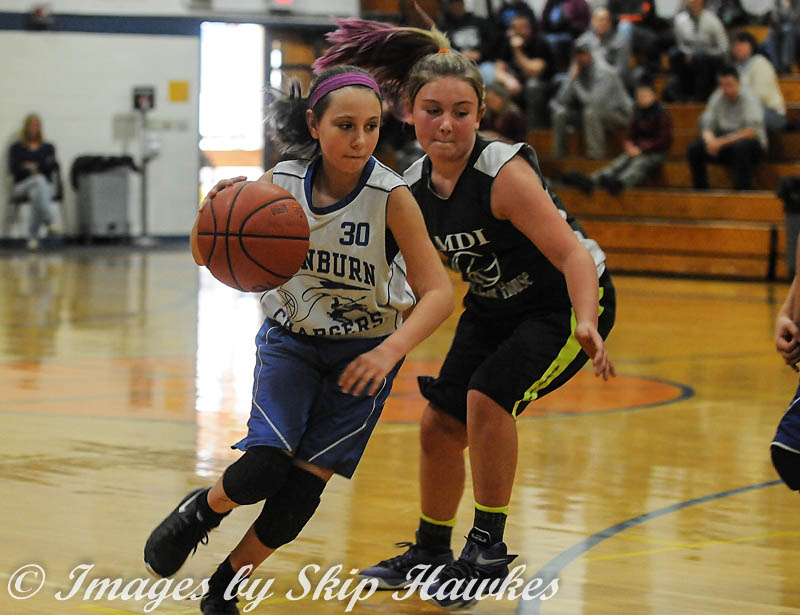 Glenburn's Katie Hews (30) drives towards the basket past an MDI defender. (Photo by Skip Hawkes)

After Glenburn opened with an 8-2 first quarter, their defense shut down MDI in the second period 8-0 to give them a 16-2 half time lead. The second half scoring was a little closer, as the Chargers managed a 10-6 score for the 26-8 win. 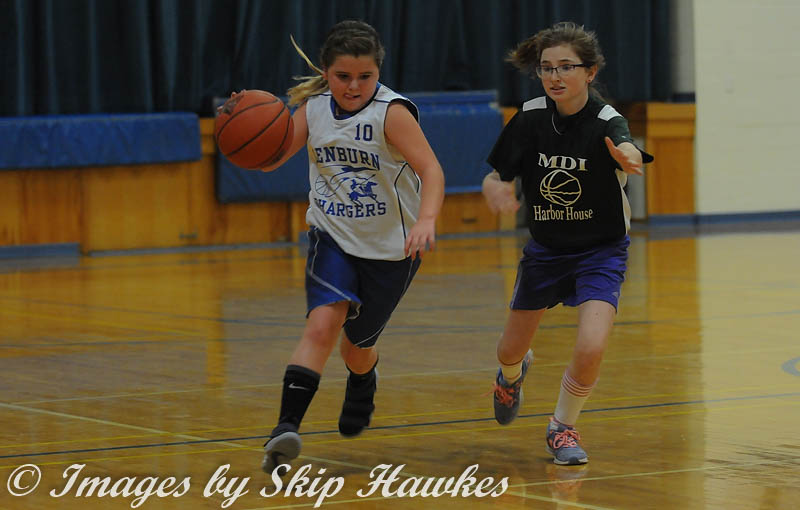 Glenburn's Molly Simcox (10) drives past an MDI defender during the first half. (Photo by Skip Hawkes)

Sharrow scored a game high 12 points to pace the Chargers in scoring. Katie Hews and Alison Wilson each added four points, while Simcox, Peterson, and Emma Westrich each chipped in with two points. 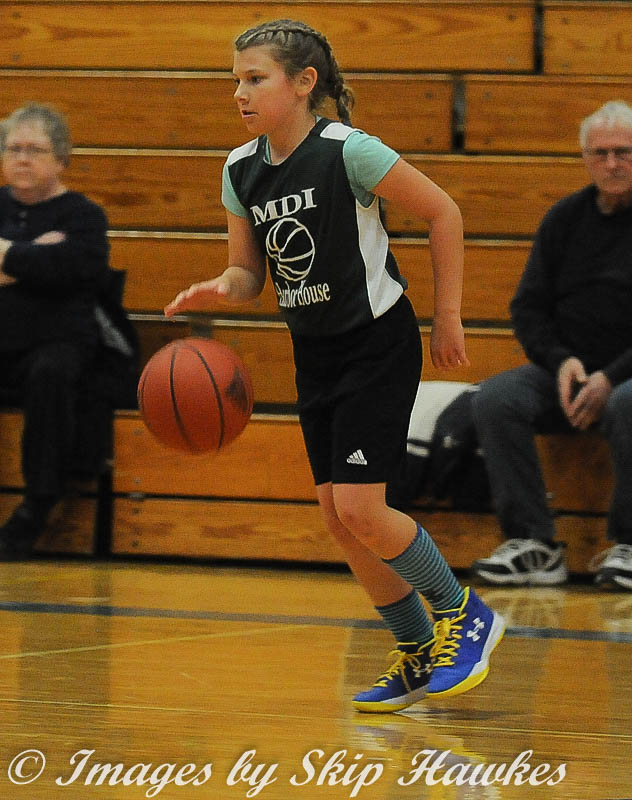 MDI's Lauren Davis brings the ball up court after the Trojans cleared out a rebound. (Photo by Skip Hawkes)

Providing the scoring for MDI was Lilly Alley with five points, Nora Paulson with two points, and Taylor Grant with one point.