ORONO - The Orono Red Riots found themselves in an early hole before rebounding to pull out a 51-44 victory over the Ponies of Foxcroft Academy in a boys summer league tournament game at Orono High School on Saturday. 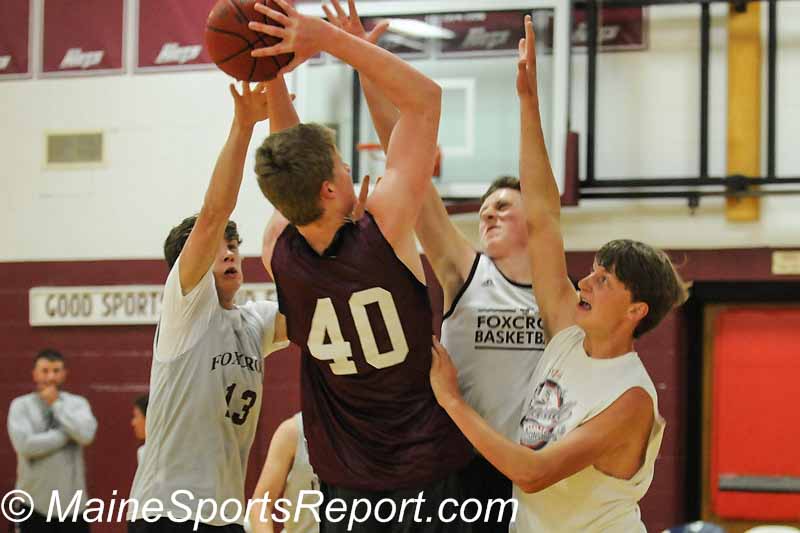 Orono's Sam Martin (40) puts up a shot over three members of Foxcroft Academy during a summer league tournament game in Orono on Saturday. The Red Riots defeated the Ponies 51-44. (Photo by Skip Hawkes)
Orono, with three freshmen on the floor to start the game, found themselves down 13-0 six minutes into the opening half. Hunter Hews knocked down a 3-point basket to put the Red Riots on the board, and after a 12-5 Orono run the Red Riots cut the Ponies lead to 18-12 with 6:44 left in the half. At the half time buzzer, Orono trailed by five points at 26-21. 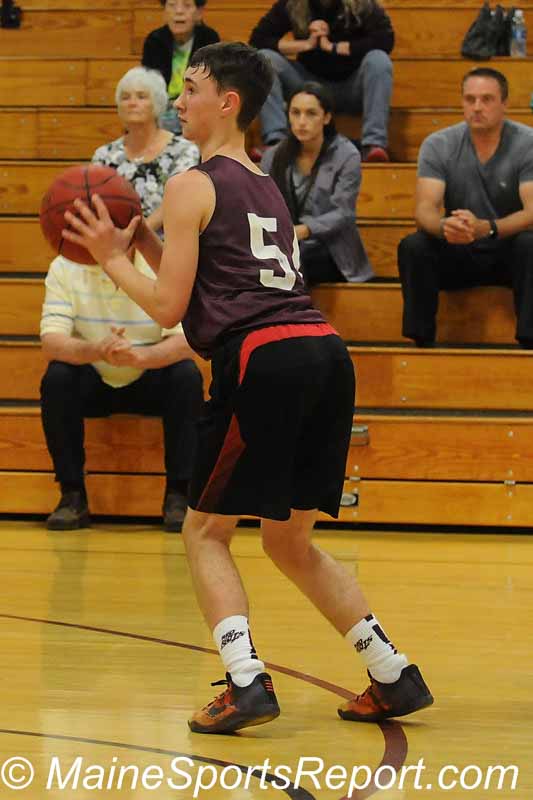 Orono took control in the second half, out scoring the Ponies 30-18 for the seven point win. 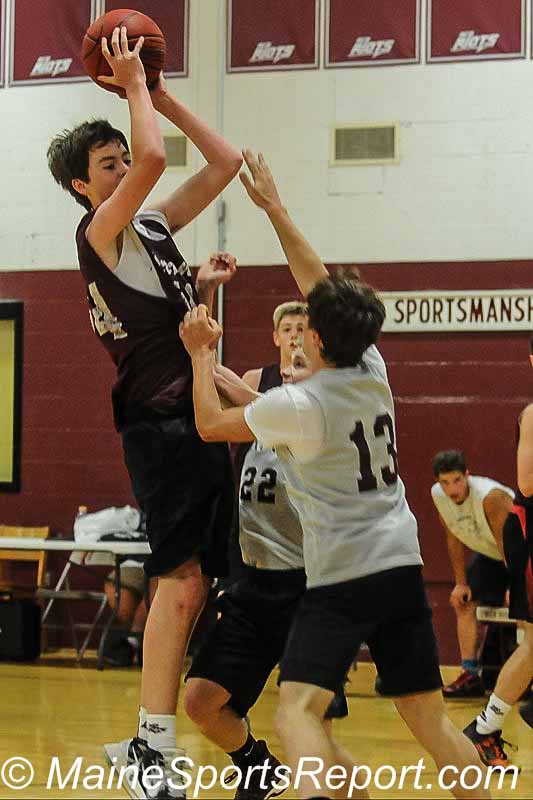 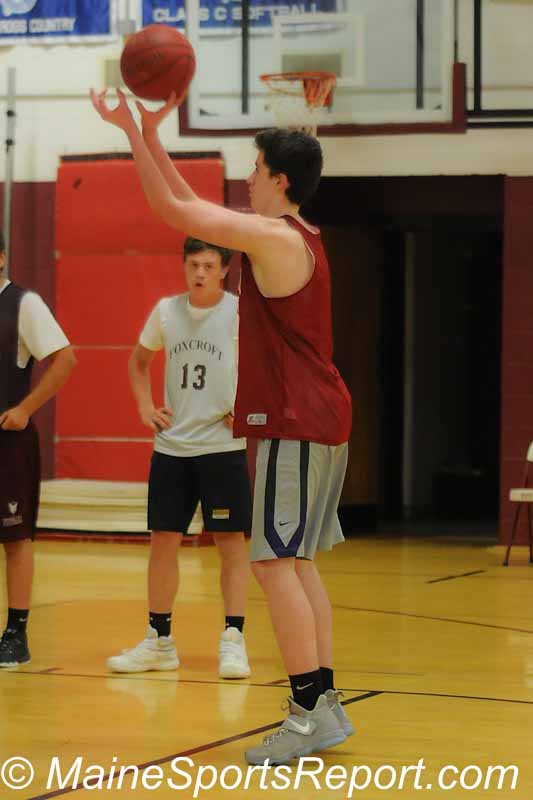 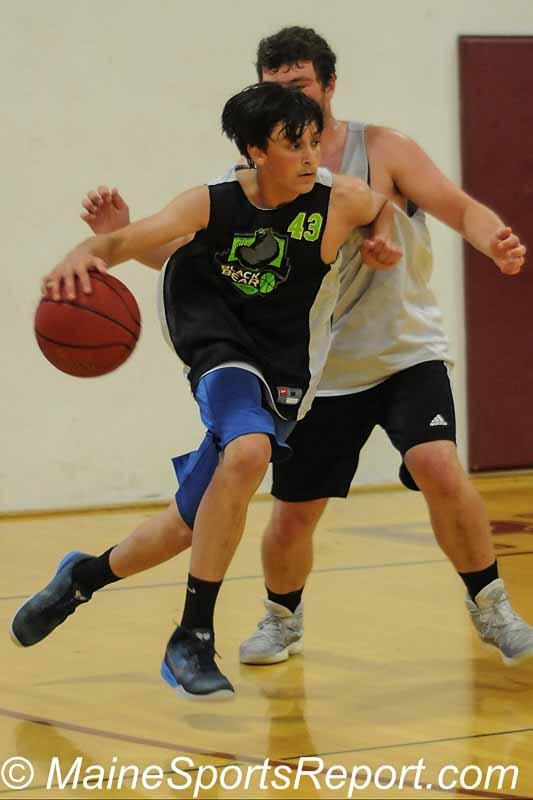