GLENBURN - The Caribou Vike Tykes had no answer for the Jr Warriors Ace Flagg, as he posted double digit points and rebounds to help lead Newport to a 34-17 victory in the Glenburn Rec 3rd-4th grade boys basketball tournament on Sunday at the Glenburn School. 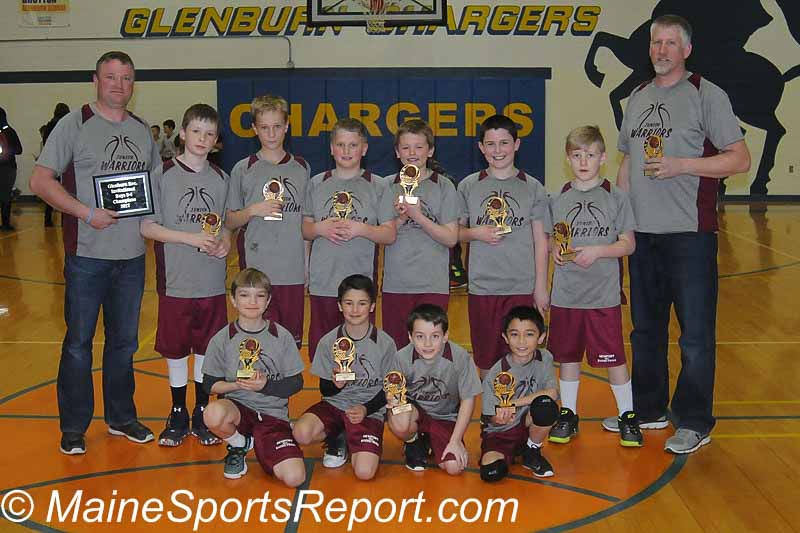 The Newport Jr Warriors pose for a photo after winning the Glenburn Rec 3/4 boys tournament championship on Sunday. (Photo by Skip Hawkes)

Click Here to view and purchase photos from the Championship game

Caribou was able to hang right with Newport through the first quarter, trailing just 10-9 at the buzzer. The Jr Warriors broke the game open in the second quarter out scoring Caribou 14-4 to take a 24-13 lead into the half time break. 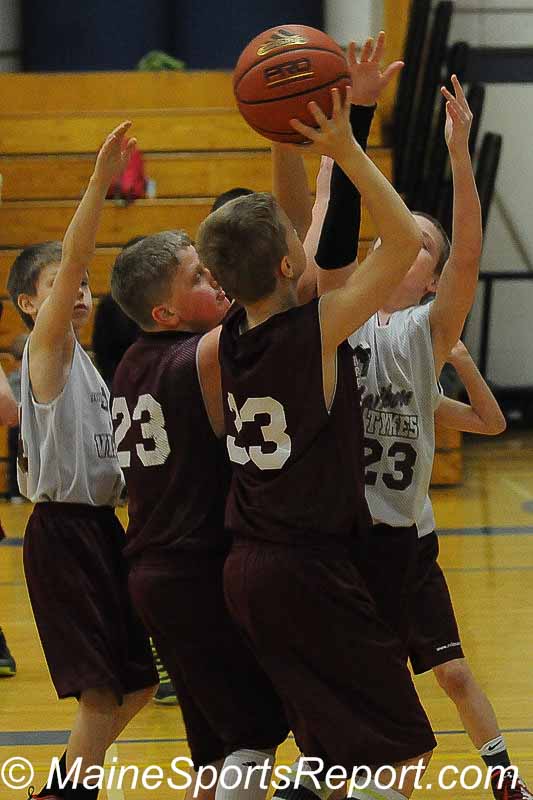 Newport stretched their lead to 15 points (28-13) in the third quarter, as they held Caribou scoreless in the low scoring 4-0 period. 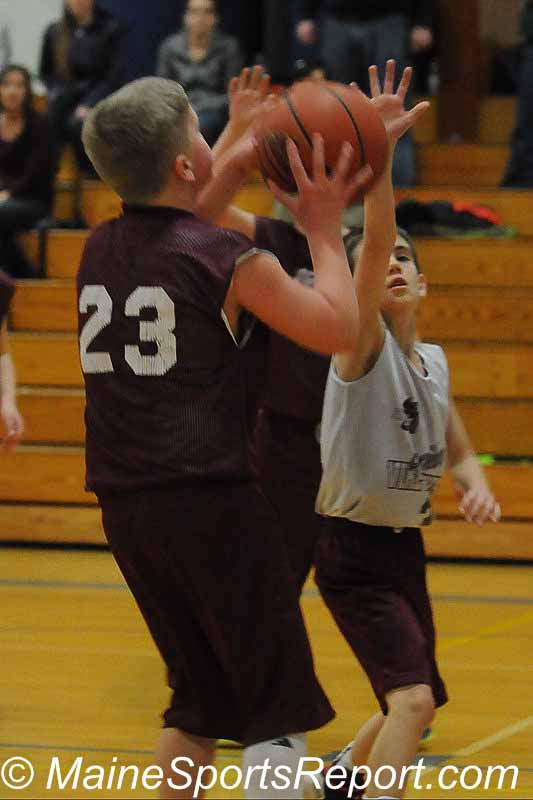 Brayden Brescia topped Caribou with 13 points. Carson Richards and Luke Beidelman both added two points. The loss was the only one of the tournament for Caribou, as they went 4-1 on the weekend. 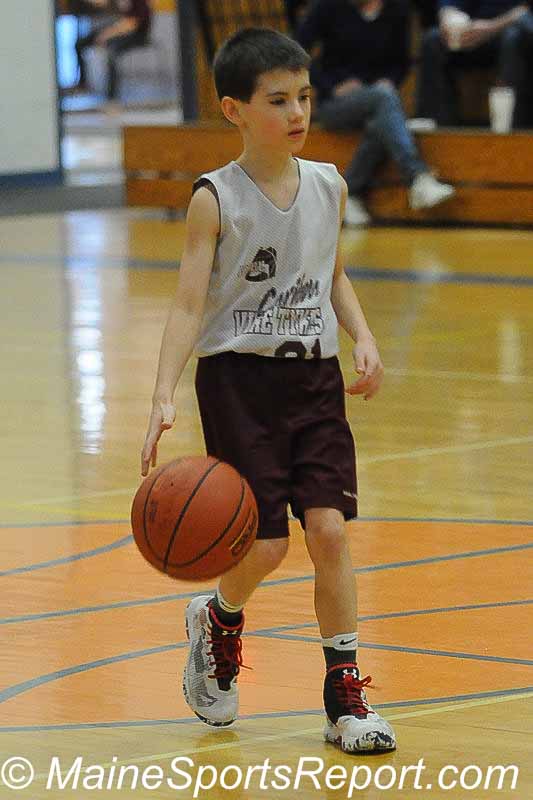 In the earlier semifinal games, Caribou advanced with a 24-19 win over Hampden and Newport picked up a 29-21 win over Old Town. 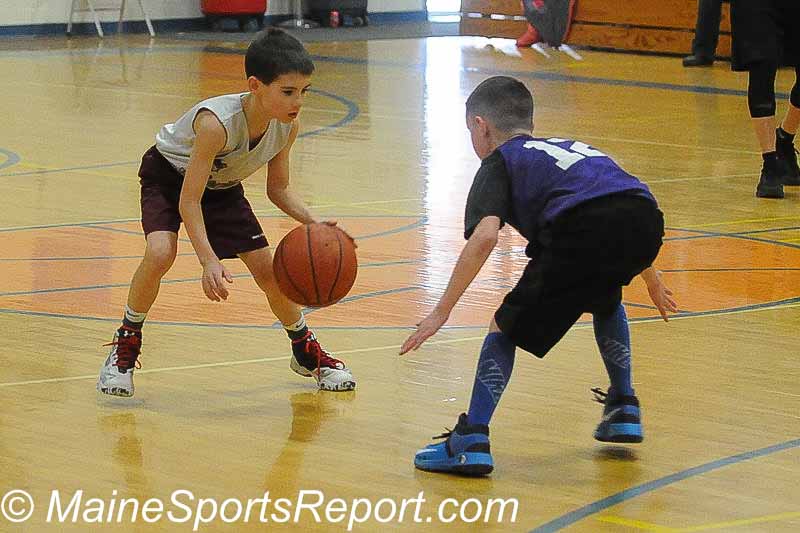 Caribou held a slim 11-9 lead at half time, but an 8-0 third period stretched their lead to 10 points (19-9) heading into the final stanza. Brayden Brescia scored a game high 12 points and Luke Biedelman added six points to lead Caribou.

Hampden was led in scoring by Kaysem Wildman with seven points and Andy Henaghan with six points. 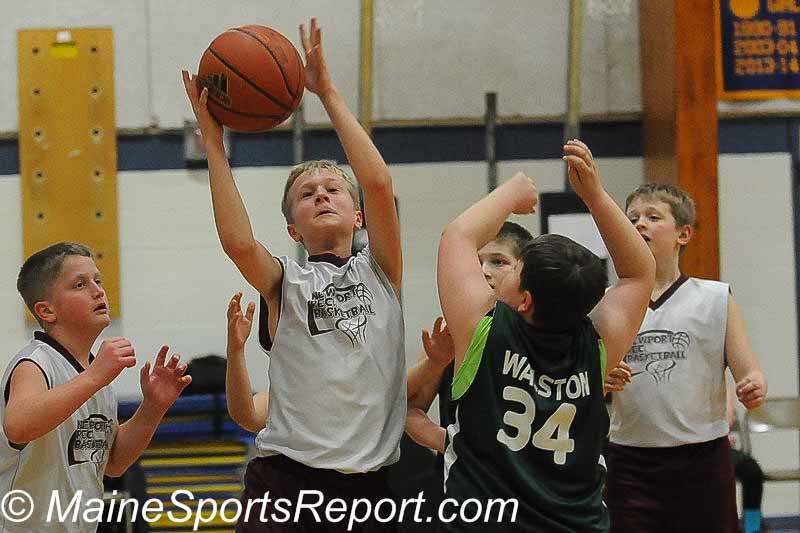 Old Town fell behind 10-2 in the first quarter and was never able to recover, despite out scoring Newport 13-7 in the final period.

Newport was led in scoring by Ace Flagg with 10 points and Dawson Townsend with nine points.