GLENBURN - It took a whole quarter to get going for Caribou, but they eventually built a lead and held on for a 21-16 victory over Ellsworth to claim the 2017 Glenburn Rec 3/4 girls championship on Sunday afternoon at the Glenburn School. 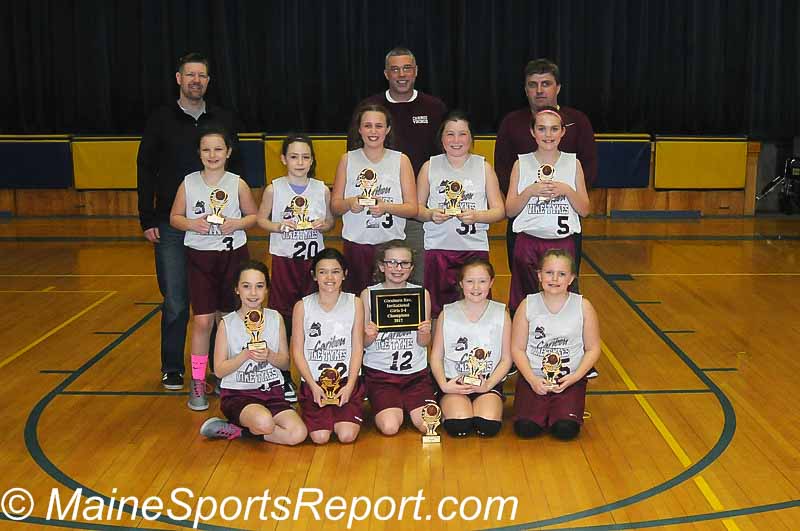 The Caribou 3/4 girls team poses for photographs after winning the Glenburn Rec basketball tournament championship with a 21-16 win over Ellsworth on Sunday. (Photo by Skip Hawkes)

The two teams played to a 4-4 tie through the first quarter. The Vikes began to pull away slightly in the second quarter out scoring Ellsworth 7-4 to take a slim 11-8 lead into half time. 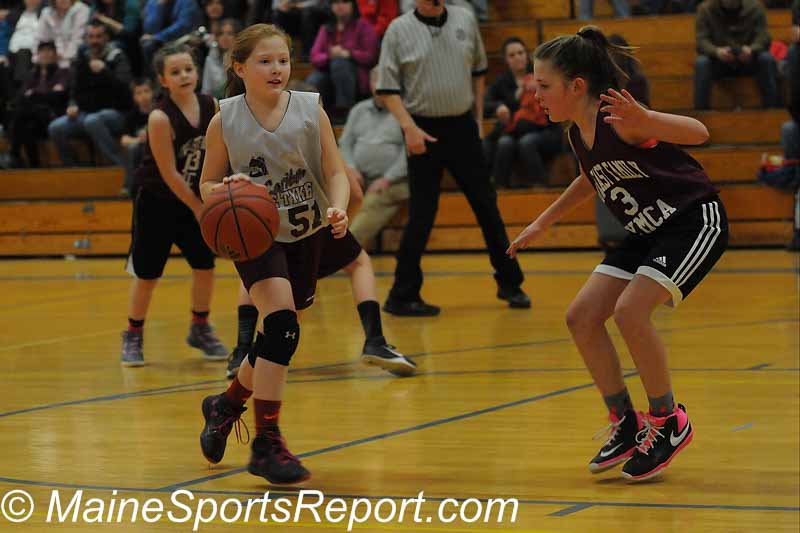 Caribou scored just six points in the third quarter, but that was good enough to expand their lead to nine points as they shut down the Eagles holding them scoreless in the period.

In the final stanza, Caribou scored four unanswered points to move to 21-8 with 4:19 remaining in the game. That margin would prove to be enough, as Ellsworth finished out the game with an 8-0 run but they simply ran out of time and fell to Caribou by five points. 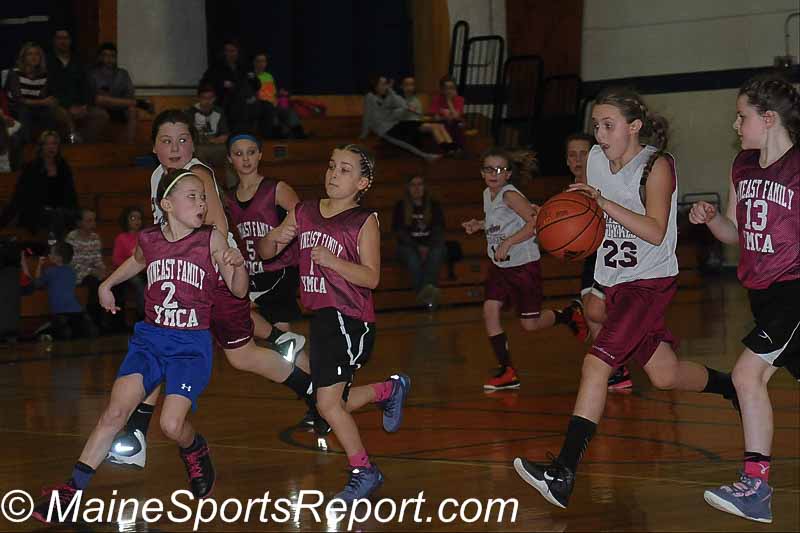 Caribou's Madelynn Deprey (23) drives hard to the basket during the second half. (Photo by Skip Hawkes) 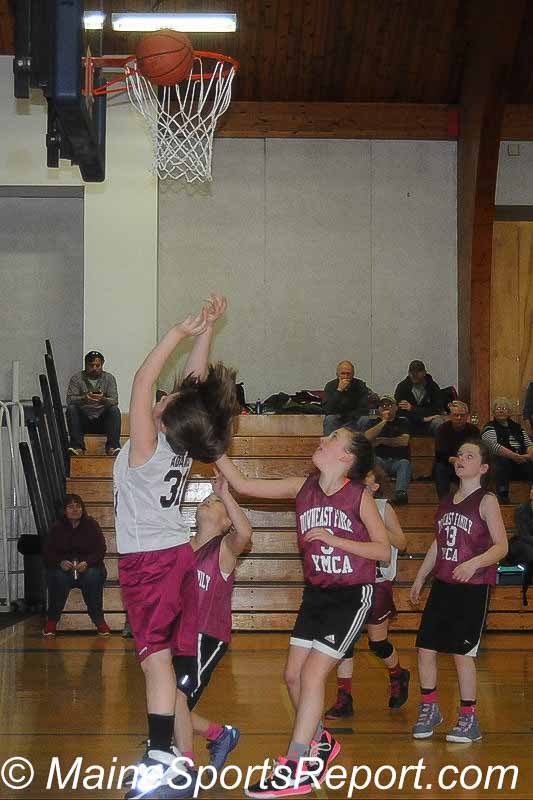 Caribou's Liv Adams (31) puts up a shot for two points during the second half. (Photo by Skip Hawkes)

Caribou finished the tournament with a 5-0 record, while Ellsworth went 3-2 for the tourney. 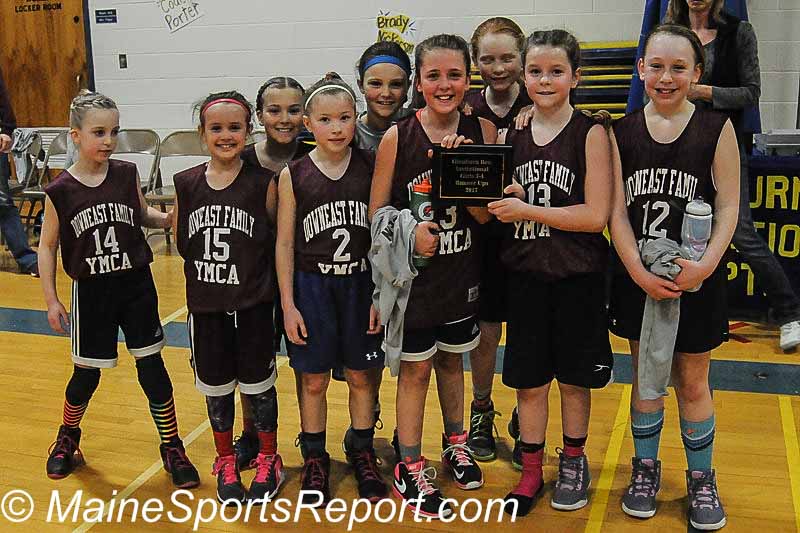 The Ellsworth girls pose for a photo with their Runner Up plaque. (Photo by Skip Hawkes)