GLENBURN - Sunday morning in Glenburn, the Hermon 5th-6th grade boys travel team managed to pull away mid way through the fourth quarter to pull out a 40-31 victory over the Chargers of Glenburn in an Eastern Maine Basketball League travel game. 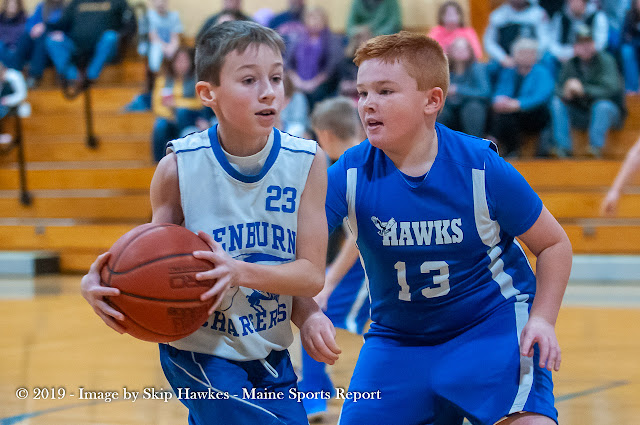 Glenburn's Landon Corriveau (23) looks to pass the ball as Hermon's James Brocato keeps a close eye on him during the 5/6A travel game in Glenburn on Sunday. Hermon won the game 40-31. (Photo by Skip Hawkes)

The game was close over the first three quarters as Hermon took a 12-8 first quarter lead, but the Chargers jumped out to a 16-14 lead and finished the second quarter up 16-15 at the half time break. 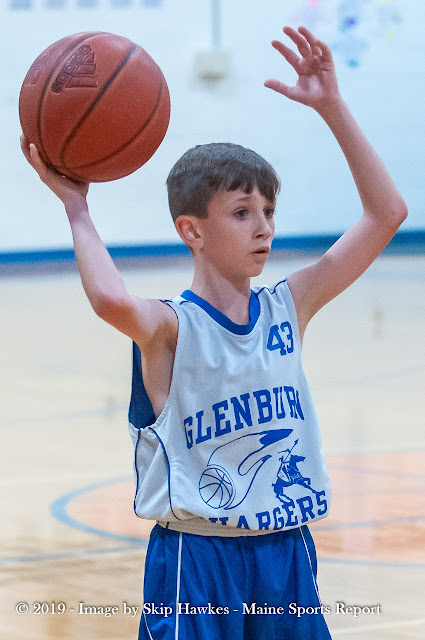 Glenburn's Brady Hews looks over the floor during the first half of the game.
(Photo by Skip Hawkes)

In the third quarter, the Hawks held Glenburn to just four points as they pulled ahead with a 23-20 lead heading into the final period. Hermon made it a 26-21 lead with 5:36 left in the game, but that lead increased to 13 points at 36-23 over the next three minutes and Glenburn was unable to recover. 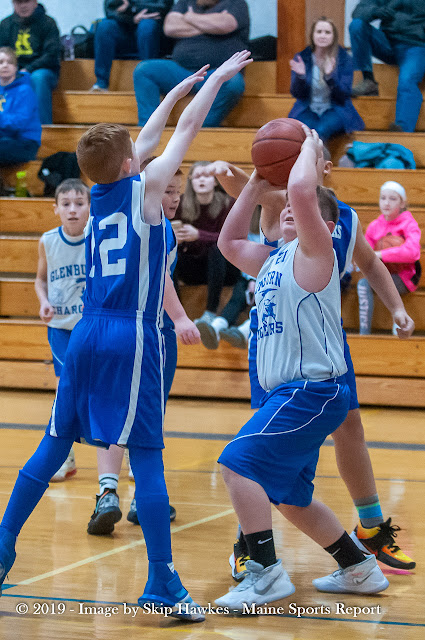 Glenburn's Jake Murzyn (21) takes a look at the basket while being double teamed by Hermon's Mason Kinney (12) and Tommy Meserve . (Photo by Skip Hawkes)

Hermon was led in scoring by James Brocato with eight points, Wes Bragg with seven, and Chase Jensen and Mason Kinney with six points each. Also scoring was Carter Wiggin, Dylan Phair, and Tommy Meserve with four points each, and Landon Barrett with one point. 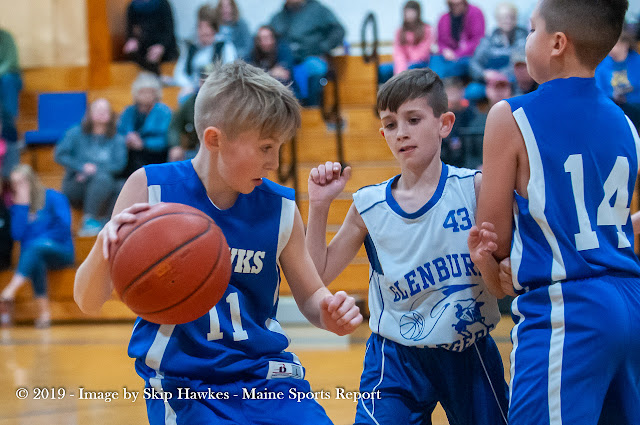 Glenburn had five 3-point baskets, three by Hews and two by Haggerty, and they went 4 for 12 )33%) from the foul line. The Hawks had no baskets from outside the arc, and they went just 2 for 11 (18%) from the charity stripe.