BANGOR - Saturday morning at the John P. Boucher Soccer Field on the campus of Husson University, Sidney Gallop scored two first-half goals to lead the No. 1 Hermon Hawks to a 2-0 victory over the No. 4 Presque Isle Wildcats in a Class B North girls semifinal game. 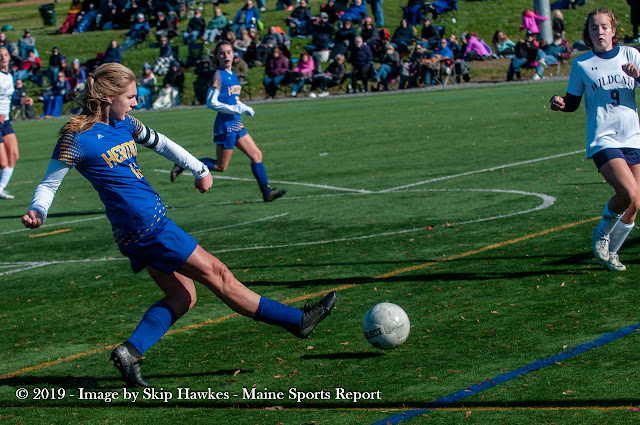 The Lady Hawks defeated Presque Isle twice during the regular season, 1-0 and 3-0, For the first 29 minutes of the game, the Wildcats gave Hermon everything they could handle in a scoreless battle. Gallop scored her first goal with near 11 minutes left in the half, and just over four minutes later put the Hawks on top 2-0 with her second score of the game. Maddy Higgins and Paige Plissey assisted on the two goals. 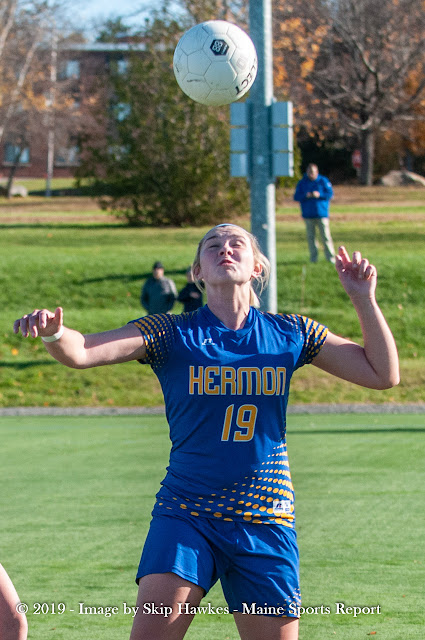 Hermon's Grace Page heads the ball during the first half. (Photo by Skip Hawkes)

Hermon had 21 shots in the game, while Presque Isle had six shots. Meg Tracy recorded the shutout for Hermon with four saves in the game. Wildcats keeper Rebecca Rider had nine saves. 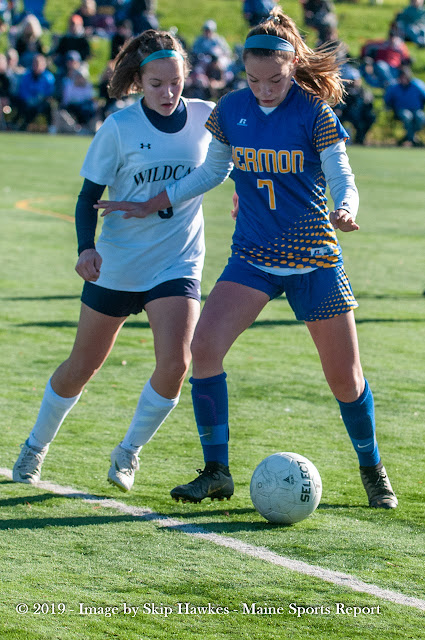 Hermon (16-0) will play for the Class B North Championship on Wednesday night in Hampden at 6:30 against the winner of No. 2 Waterville and No. 3 MDI. Presque Isle closes out their season at 10-5-1 with the loss. 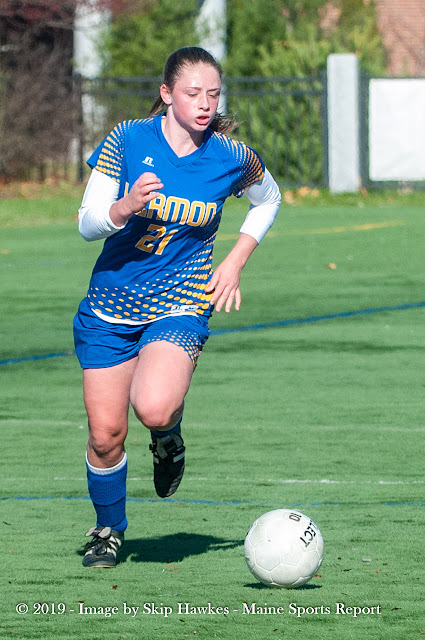 Hermon's Lyndsee Reed moves the ball toward the goal during the second half.
(Photo by Skip Hawkes) 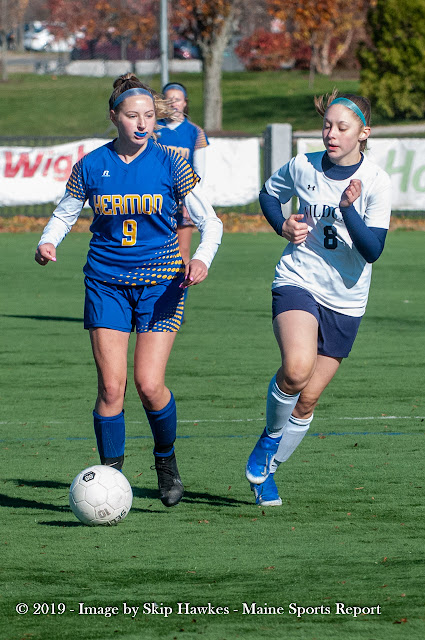 Hermon's Allison Cameron (9) is chased by Presque Isle's Allison Himes during the second half. (Photo by Skip Hawkes)