HAMPDEN - Nick Bates and Collin Peckham both slugged home runs to help guide No. 2 ranked W.S. Emerson to an 8-7 victory over No. 1 seeded Dysarts for the Bronco Little League Majors championship on Wednesday night at the VFW Field in Hampden. 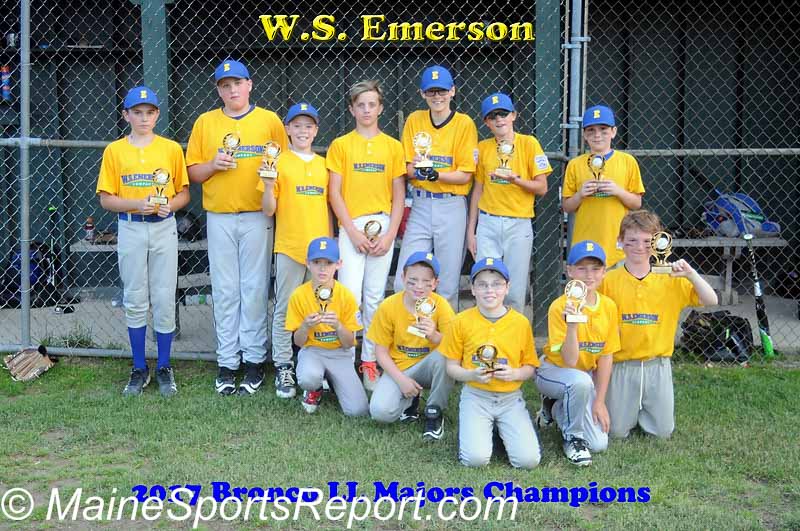 Click Here to view the comple Photo Gallery from the game


Emerson wasted little time putting runs on the score board, as Peckham had an RBI single ahead of a Bates 3-run home run in the fist inning giving them a 4-0 lead before Dysarts even came to bat. 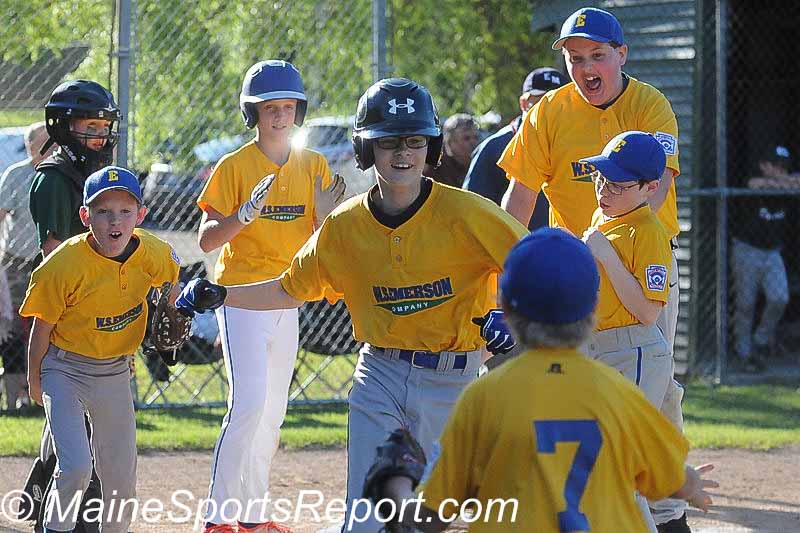 Dysarts would add a single run in the second inning when Ethan Miller doubled and later came around to score beating a play at the plate to gut the Emerson lead to 4-1. 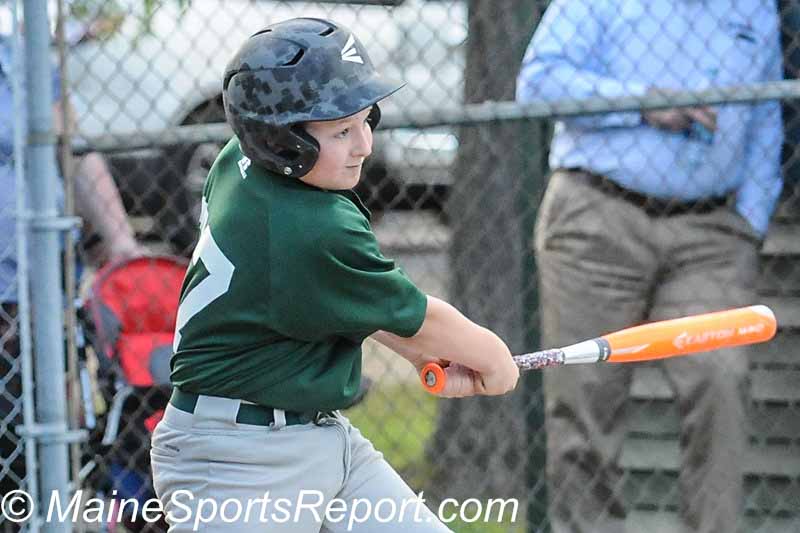 Dysarts JJ Wolfington puts the ball in play in the third inning. (Photo by Skip Hawkes)

Dysarts cut the Emerson lead in half (4-2) in the third inning when JJ Wolfington doubled and came around to score on a Kaysen Wildman RBI single.

Emerson plated a run in the top of the fourth inning when Bates drew a bases loaded walk to increase the lead to 5-2. Dysarts got that run back in the bottom half of the inning on a Landon Gabric triple and an RBI double from Dylan Bubar to make it a 2-run game (5-3) again. 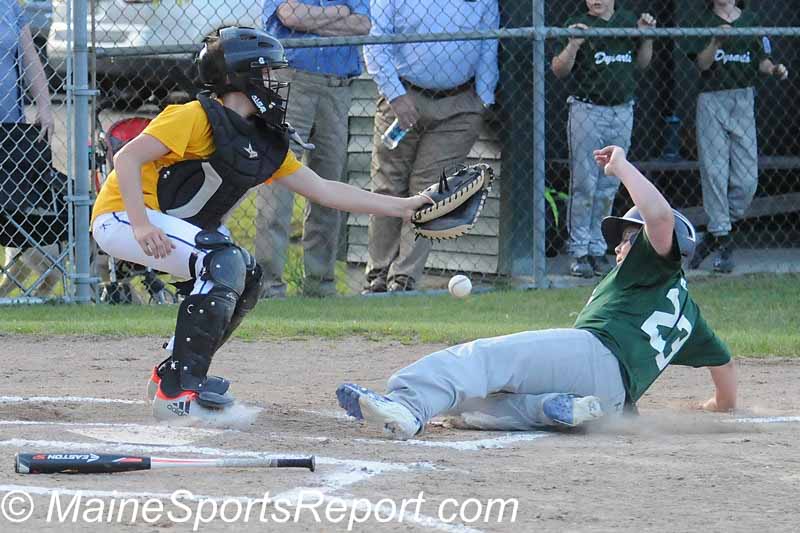 Ethan Miller slides safely into home plate ahead of a tag from Emerson catcher Mason Grund. (Photo by Skip Hawkes)
Both teams were scoreless in the fifth inning, but Emerson looked like they might put the game away in the top half of the sixth inning scoring three runs to expand their lead to five runs (8-3). Peckham drilled a 2-run home run in the inning, and Kaiden Benjamin added an RBI single. 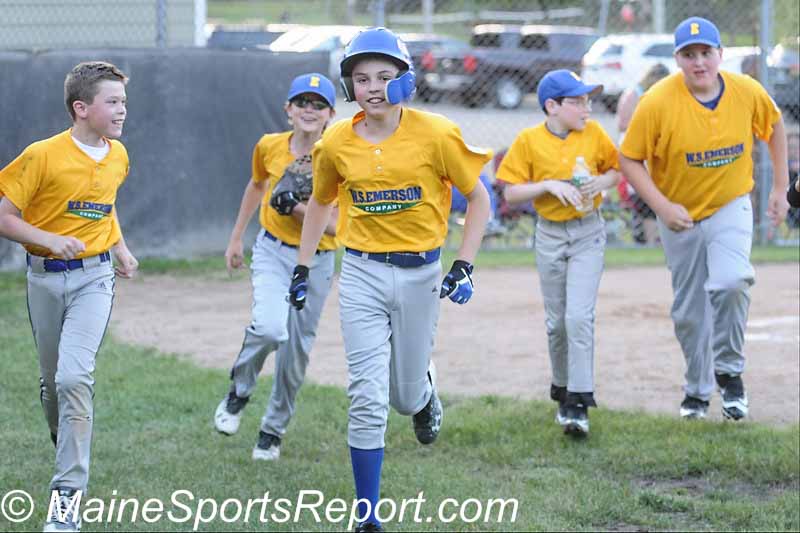 Emerson's Collin Peckham (center) heads to the dugout after hitting a 2-run home run in the sixth inning. (Photo by Skip Hawkes)
Dysarts was not about to go away quietly in the bottom half of the sixth inning. Four runs were plated on an RBI single by Sam Shearer,  Finn Castrucci hit his first ever home run with a man on base, and a run was scored on a passed ball. Dysarts cut the score to 8-7, but came up just a little short before the third pout was made. 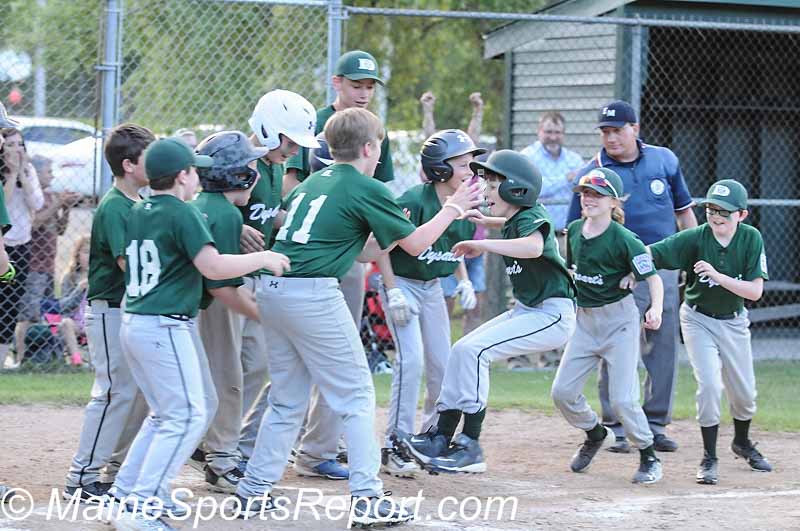 Dysarts Finn Castrucci (right) jumps for home plate after hitting his first ever home run in the sixth inning. (Photo by Skip Hawkes) 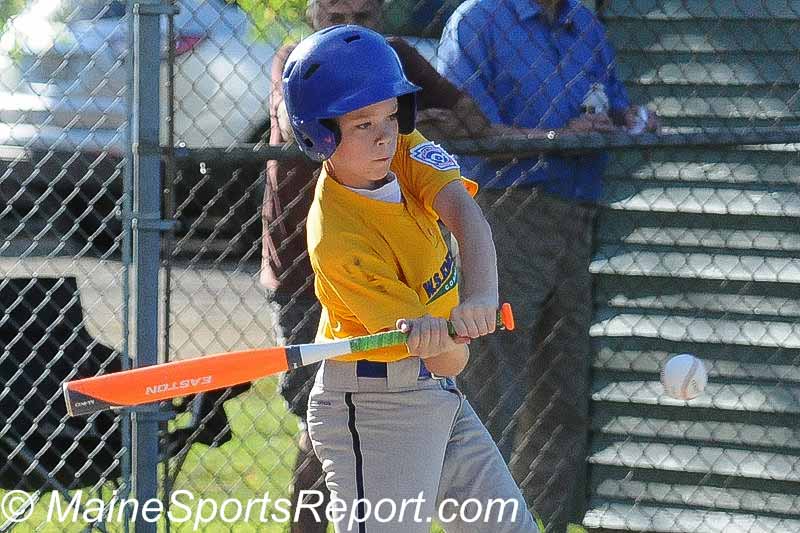 Emerson's Zach McGlaughlin swings for a base hit. (Photo by Skip Hawkes) 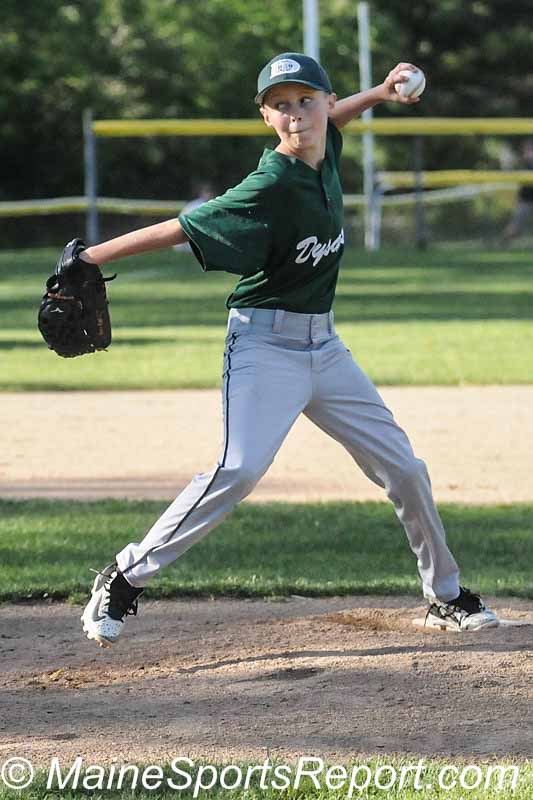