Crusaders hang on for victory over Bucksport

The John Bapst Crusaders let a 13 point lead late in the game slip away, but managed to hold on for a 55-51 win over the Golden Bucks of Bucksport in a schoolboy contest at the Cross Insurance Center on Friday night. 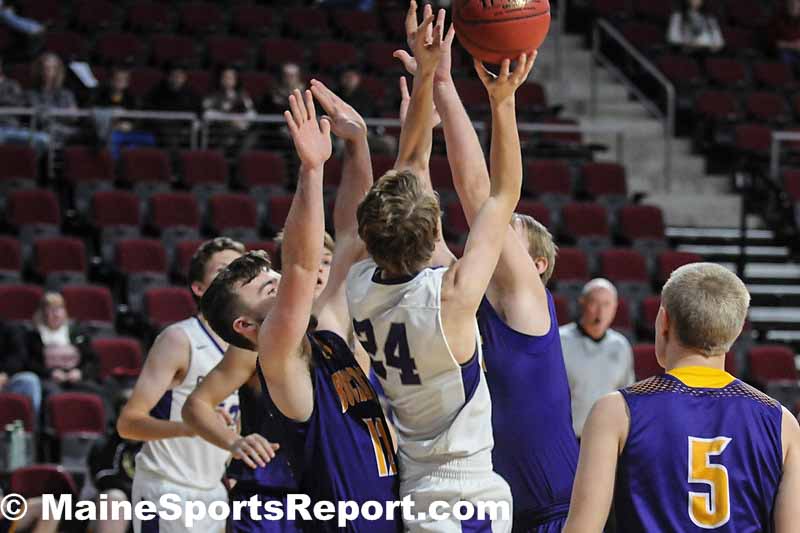 John Bapst's Alex Mooney (24) gets up for a shot while surrounded by Bucksport defenders. (Photo by Skip Hawkes) 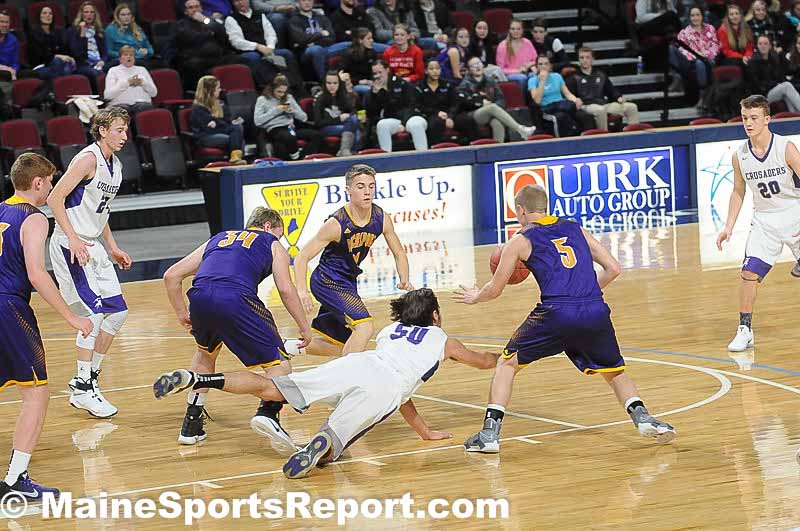 Andy Allan scored 15 points and Chris Carmichael had 14 points, while Tyson Gray added 11 points to lead Bucksport in scoring. Tanner Stegner and Jakob Donnell each scored five points, and Lucas Brann chipped in with one point. 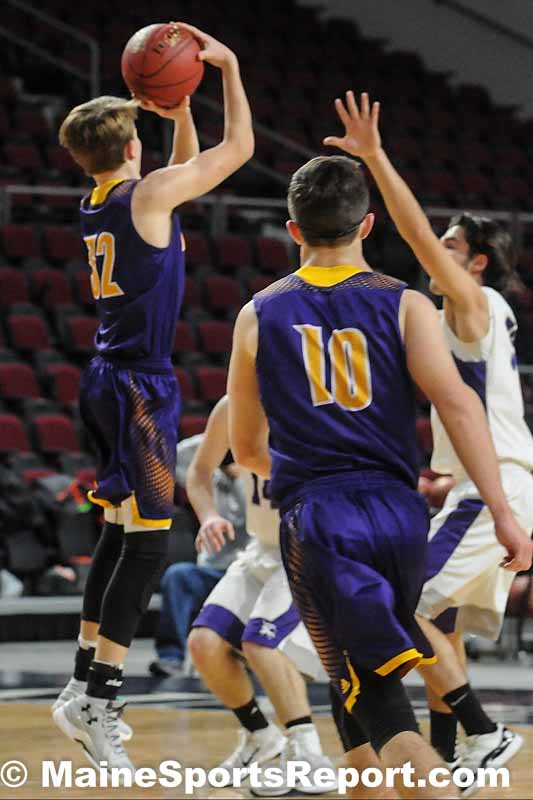 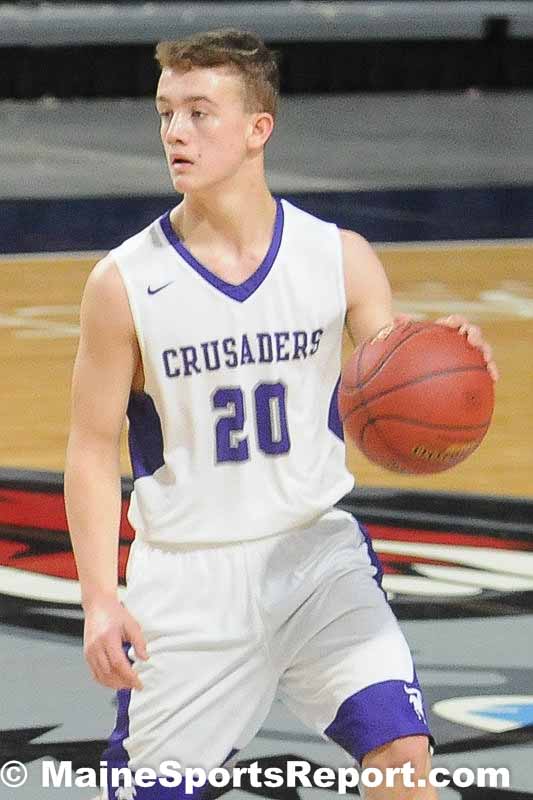 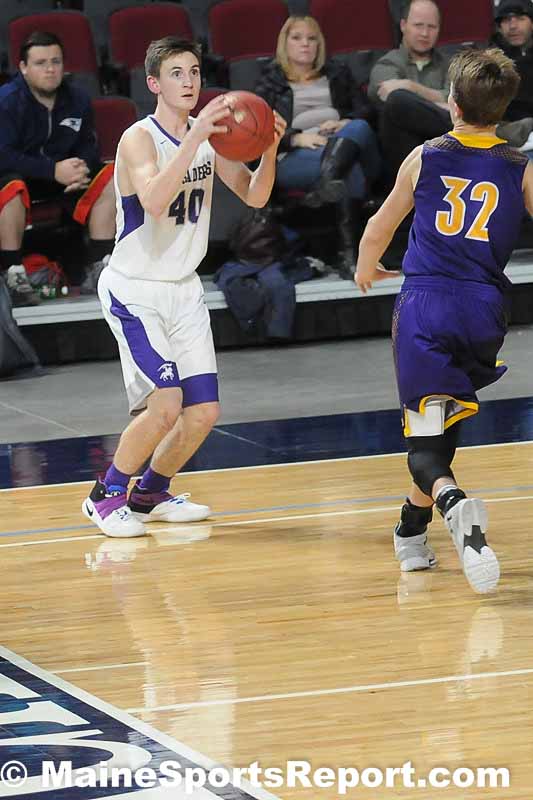 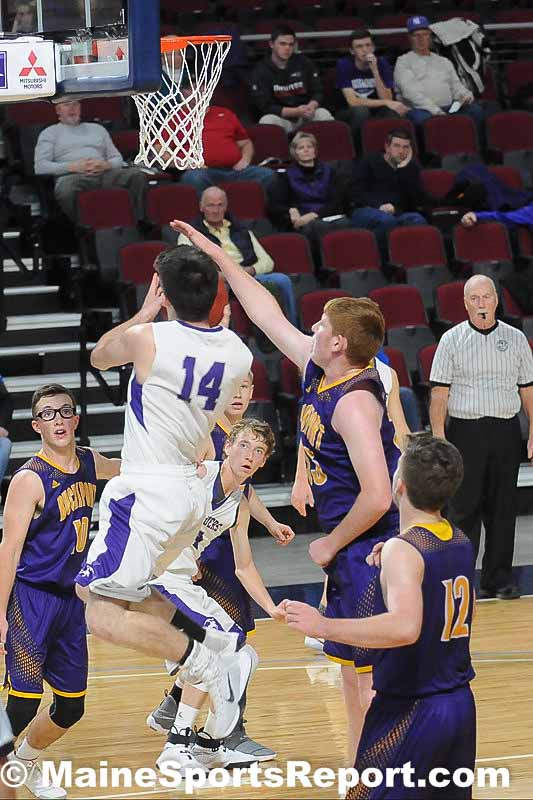